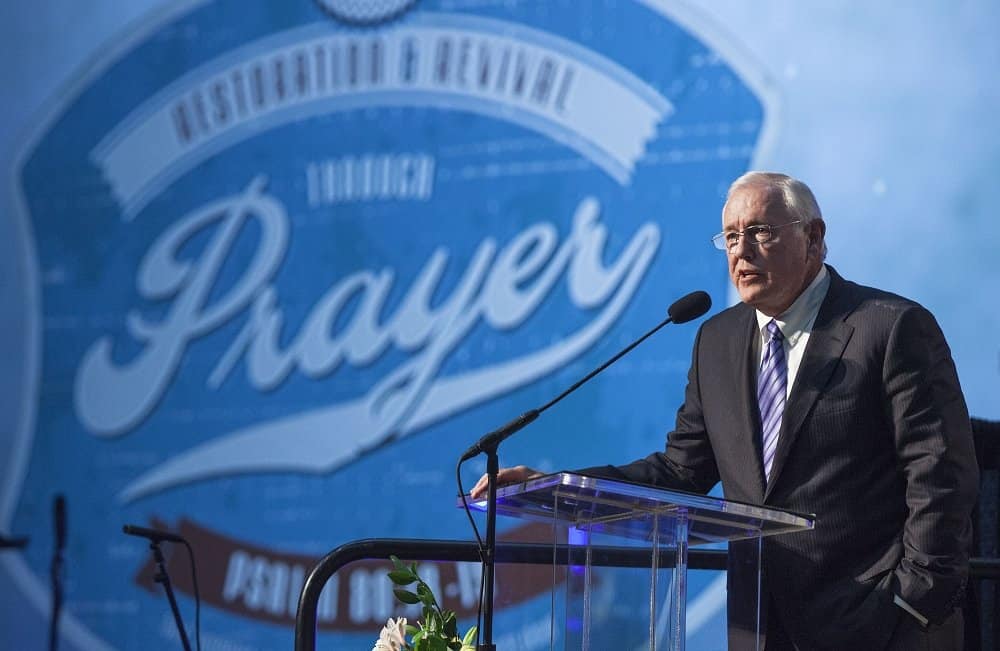 BALTIMORE (BP) — Messengers to the Southern Baptist Convention adopted a resolution on transgender identity for the first time while returning to such issues as civil rights, gambling and world hunger for further statements.All nine resolutions offered Tuesday (June 10) at the SBC’s 2014 meeting gained approval by unanimous or overwhelming votes. The messengers’ actions in about 30 minutes meant a second report scheduled for Wednesday morning (June 11) was not needed.The resolution on transgender identity came in response to recent gains in state legislatures, the federal executive branch, public schools and the wider culture by advocates for recognizing a distinction between gender and biology.In the resolution, messengers affirmed that “gender identity is determined by biological sex and not by one’s self-perception.” It expressed love for transgender people and invited them to trust in Jesus.Texas pastor David Dykes, chairman of the Resolutions Committee, said at a news conference after the vote, “To this point we had not spoken on this issue, so there was a need for clarity” on the SBC’s position.At the same news conference, Russell D. Moore, president of the Ethics & Religious Liberty Commission (ERLC), described it as “a very good, wise resolution and a very hopeful sign of the Southern Baptist Convention saying to the outside world, ‘We’re standing with biblical conviction, and we also are making very clear that the Gospel message goes to everybody.'”In addressing some issues messengers had spoken to at various times in the past, the 2014 convention:— commemorated the 50th anniversary of the enactment of the Civil Rights Act and reaffirmed the SBC’s 1965 call for “peaceful compliance with laws assuring equal rights for all.” — Reaffirmed its “long-standing opposition to government sponsorship of gambling.”— Urged Southern Baptists to support the newly rebranded Global Hunger Relief initiative. In approving the civil rights resolution, the convention again acknowledged its grievous past. Messengers, the resolution said, “lament and repudiate this nation’s long history of racial segregation as well as the complicity of Southern Baptists who resisted or opposed the dismantling of the evil or racial hierarchy in our churches or society.” The measure also expressed gratitude for the increase in racial and ethnic diversity among Southern Baptists in the last 50 years.The hunger resolution stemmed from the rebranding of the World Hunger Fund as Global Hunger Relief. The SBC-approved division of funds remains at 80 percent for overseas use and 20 percent for domestic use.The resolution urged Southern Baptist entities, the Woman’s Missionary Union and other partners to act aggressively to increase awareness of the need of the hungry and encouraged churches to promote giving to Global Hunger Relief.Leaders of some of the SBC entities involved in promoting the initiative greeted the resolution with statements commending Global Hunger Relief and its part in spreading the Gospel.Tom Elliff, president of the International Mission Board, said Global Hunger Relief “paves the way for the seed of the Gospel to be sown by Southern Baptists. Demonstration leads to proclamation among some of the least reached peoples in our world.” Kevin Ezell, president of the North American Mission Board, said, “We live in a day when we must find ways to demonstrate God’s love by meeting significant human need while sharing Christ.” Moore said the initiative “is not just an issue of charity, and not just an issue of compassion, but is also an act of spiritual warfare — as faithful men and women all across our churches labor to be a Gospel witness and reflect the attitude of our Lord who shows compassion to the needy and destitute as He points them to the Bread of Life.”The other resolutions:— condemned “predatory payday lending” and urged churches to offer financial stewardship instruction and skills training for people inside and outside their congregations.— reaffirmed “the sufficiency of biblical revelation over subjective experiential explanations to guide one’s understanding of the truth about heaven and hell” in an apparent response to the recently released movie “Heaven Is for Real” and similar books and films.— encouraged Southern Baptists to back the creation of Christ-centered elementary and secondary schools and Christian homeschooling systems, supported those who follow God’s direction by taking part in public schools and urged policies that “maximize parental choice.” — affirmed “the calling of pastors who revitalize churches as needful as the calling of pastors to plant churches.”— thanked God and all those who helped with this year’s meeting.In response to a question, Dykes said he did not understand the education resolution’s parental choice language to be placing Southern Baptists in support of vouchers for Christian schools. “In fact that’s why we used the ambiguous language,” he said at the news conference. “We did not mention vouchers. We just said that we favor any kind of legislation that helps parents decide where they want their children educated.”Joining Dykes, pastor of Green Acres Baptist Church in Tyler, Texas, on the Resolutions Committee, were Whitney Alexander, member, First Baptist Church, Gadsden, Ala.; Matthew Arbo, member, Redeemer Fellowship, Kansas City, Mo., and assistant professor of Christian ethics, Midwestern Baptist Theological Seminary; Greg Belser, pastor, Morrison Heights Baptist Church, Clinton, Miss.; Roger Freeman, pastor, Grace Baptist Church, Nashville; Matthew Hall, member, Clifton Baptist Church, Louisville, and vice president of academic services, Southern Baptist Theological Seminary; Chris Osborne, senior pastor, Central Baptist Church, College Station, Texas; Ramon Osorio, member, First Redeemer Church, Cumming, Ga., and national church mobilizer, NAMB; Jay Shell, member, West Baptist Church, Batesville, Ark.; and Kevin Smith, teaching pastor, Highview Baptist Church, Louisville, and assistant professor of Christian preaching, Southern Seminary.Twelve resolutions were submitted to the committee. Messengers defeated efforts to bring two of those resolutions to the floor for consideration.

Tom Strode is the Washington bureau chief for Baptist Press, the news service of the Southern Baptist Convention.