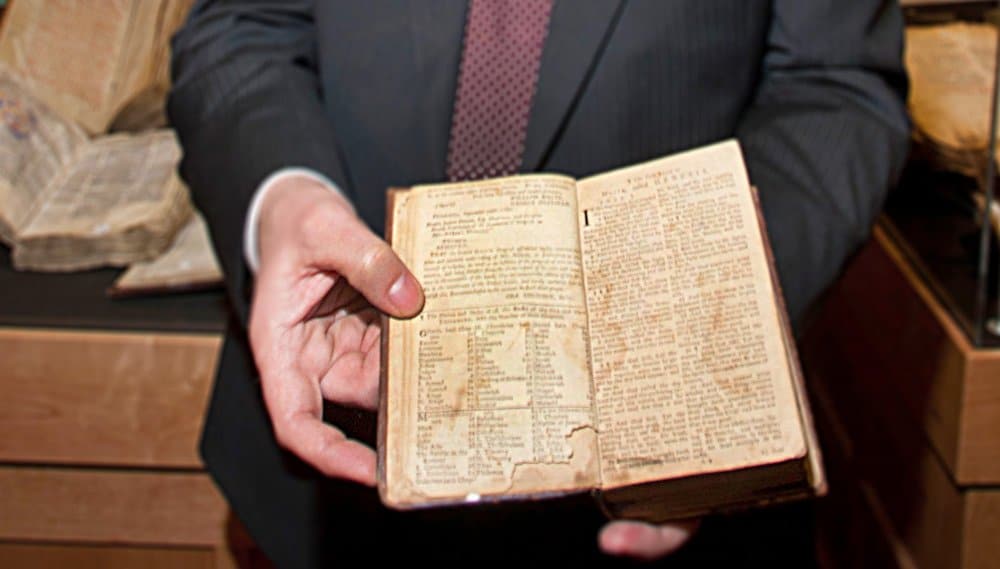 SPRINGFIELD – Missouri Baptists have a unique opportunity to see nearly 450 rare biblical and historical artifacts here at “Passages: Treasures of the Bible,” an eight-month exhibition of items from the Oklahoma-based Green Collection. This 30,000-square-foot, interactive exhibit opened in Springfield on April 12 and will remain until Jan. 3, 2015.

Cary Summers, a member of Southwest Baptist University’s board of trustees, serves as the Chief Operating Officer for Museum of the Bible, a non-profit organization that oversees traveling exhibits for the Green Collection. Summers said that Missouri Baptists do not want to miss the opportunity to learn about the history of the Bible at “Passages.”

“It is the only time they’ll get to see it,” Summers said. “And for those who already know and have a relation with God himself through Jesus Christ, the exhibit strengthens their faith beyond belief. … It shows how God’s word was banned, burned, debated and persecuted – but prevailed.”

Summers also noted the evangelistic value of the exhibit, which may draw non-believers who are interested in the history of the Bible.

“It attracts people who will never set foot in a church because they’re curious. They feel it is a safe environment,” he said. “The exhibit shows you the history of the Bible, the narratives of the Bible, and the impact of the Bible. So hopefully, they walk away saying, ‘You know what, maybe I should at least read this book.’”

Hobby Lobby President Steven Green told the Springfield News-Leader, Feb. 15, that Missourians would have to travel the world to see the artifacts that “Passages” brings to their doorstep. The exhibit, which emphasizes the transmission of God’s Word through the centuries, contains ancient scrolls from the Hebrew Bible. Also, it will feature other unique artifacts, like the oldest Jewish prayer book that has yet been discovered and a letter written by the 16th German Reformer, Martin Luther, as he faced heresy charges from the Roman church.

Other items on display at “Passages” include the following: the Codex Climaci Rescriptus, which contains the most extensive early biblical texts in Palestinian Aramaic, similar to Jesus’ household language; Torah scrolls that survived the Nazi Holocaust; cuneiform tablets dating to the time of Abraham; the original, handwritten manuscript of the Battle Hymn of the Republic; the world’s smallest Bible; and the world’s largest Bible, containing more than 8,000 pages and weighing more than 1,000 pounds.

The exhibit is located at 3534 E. Sunshine, Springfield. Named for the Green family, who own Hobby Lobby Stores, Inc., the Green Collection contains more than 40,000 rare biblical artifacts. To learn more about the exhibit or purchase tickets, visit www.explorepassages.com.