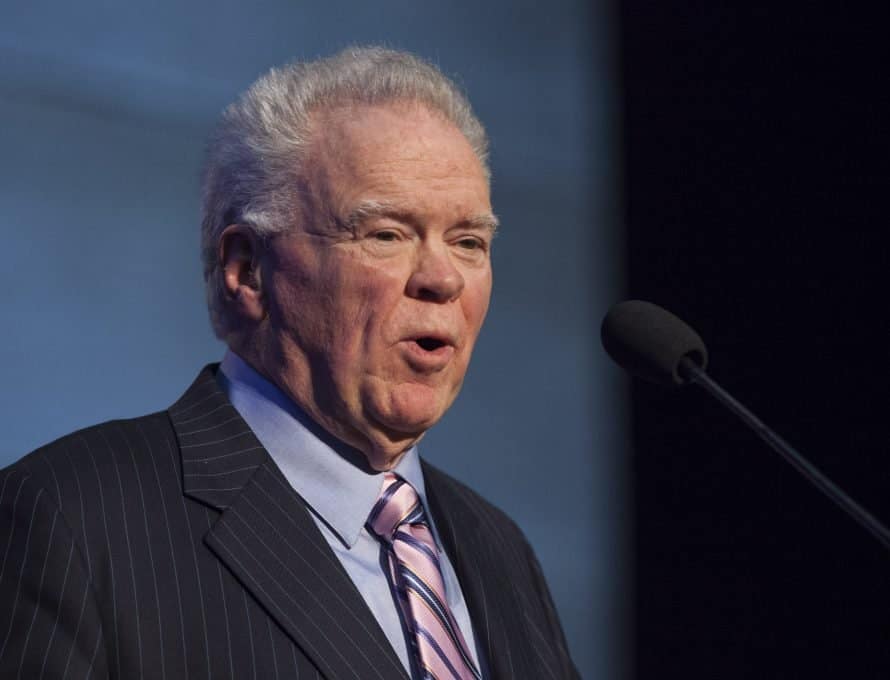 DALLAS (BP) — Paige Patterson has withdrawn from preaching the convention sermon next week at the Southern Baptist Convention annual meeting in Dallas. As a result of that decision, Austin, Texas, pastor Kie Bowman will deliver the meeting’s keynote message.

Patterson was terminated May 30 from his employment at Southwestern Baptist Theological Seminary, where he had served as president since 2003. The previous week, the seminary’s trustees moved him to president emeritus status on the same day allegations surfaced that he mishandled a sexual assault report during his 1992-2003 presidency of Southeastern Baptist Theological Seminary. Since late April, Patterson also has been under fire for statements he made in the past about domestic violence and women’s physical appearance.Patterson announced his decision in a June 8 email to SBC President Steve Gaines and said he also is withdrawing as chairman of the evangelism task force appointed by Gaines a year ago in response to a vote of the convention in Phoenix.

“I will not preach the convention sermon as I was invited to do by the 2017 Committee on Order of Business and SBC messengers,” Patterson wrote. That decision and his withdrawal as chairman of the evangelism task force stemmed from “days of soul-searching before our God, whose blessed forgiveness and grace are continually poured out upon us all.”

Both actions, Patterson said, are “an effort to do what I can to contribute to harmony within the Southern Baptist Convention and to respond to the request that has come especially from [Gaines] and other Southern Baptist leadership.”

Bowman, pastor of Hyde Park Baptist Church in Austin, told Baptist Press “Dr. Patterson has done the right thing. This will help soothe and go a long way toward healing our convention and avoiding additional conflict.”

The convention sermon, to be delivered at 9:55 a.m., Wednesday, June 13 “will grow out of my passions, my passions for evangelism, spiritual awakening and hope.”

Days of soul-searching before our God, whose blessed forgiveness and grace are continually poured out upon us all, have led me to the conclusion that I herein now communicate to you. In an effort to do what I can to contribute to harmony within the Southern Baptist Convention and to respond to the request that has come especially from you and other Southern Baptist leadership, I am relinquishing my position as chairman of the Evangelism Task Force. The vice chairman, Dr. Adam Greenway, will bring the report we have prepared for the Convention in its 2018 annual session.

In addition, I will not preach the convention sermon as I was invited to do by the 2017 committee on order of business and SBC messengers. The able and gifted Dr. Kie Bowman, who is the convention-elected alternate will preach in my place. My hope and confidence is that all will pray for him as he preaches and will hear him gladly.

All of this I do with a heart full of confidence in our God and with the hope that He will favor the Convention and her churches with the benediction of heaven. I remain a proponent of God’s plan and purpose for marriage as the union of one man and one woman in lifetime commitment as delineated in Genesis 2 and 3; in the biblical, complementary role assignments for men and women as given in Scripture (1 Cor. 11; 1 Tim. 2); in the inerrancy and sufficiency of Scripture in every syllable (2 Tim. 3:16-17); in the task of world-wide evangelism since Christ died for all and has invited all to trust Him as Savior (1 Jn. 2:2); in the protection by the strong of all who are weaker (Is. 40:11); and in calling for absolute justice for every human being (Mic. 6:8).

To those of you who have supported me with love, prayer, and encouragement, in addition to the reasons shared above, please understand this decision as an effort to protect my family as much as I can. Forever I am a debtor to all of you. May our Lord in heaven comfort your hearts and bless your every step.