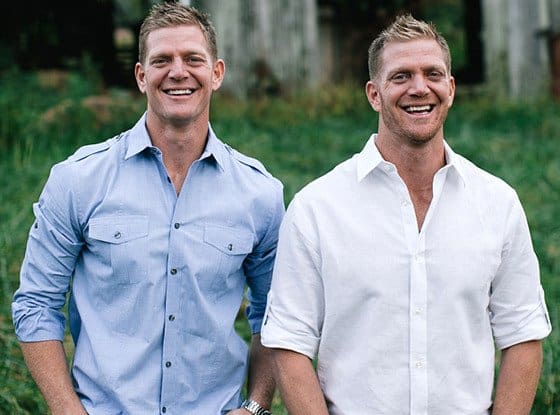 NASHVILLE (BP) – The Home & Garden Television network has cancelled an upcoming reality show, and the program’s stars believe the move came in response to a firestorm of controversy surrounding their traditional Christian views on abortion and gay marriage.

HGVT had slated for its fall lineup a show called “Flip It Forward,” starring twin brothers David and Jason Benham. Each episode was to feature the brothers finding a “fixer-upper” house and remodeling it for a family with limited financial resources.

But following a report by the liberal website RightWingWatch.org that quoted one of the Benhams as opposing gay marriage and abortion and saying Christianity is superior to Islam, HGTV tweeted on May 7, “HGTV has decided not to move forward with the Benham Brothers’ series.” The brothers told CNN they believe HGTV was pressured into its decision.

“I feel they got bullied,” David Benham said of HGTV May 9. “There’s an agenda that’s out in America right now that demands silence, especially from men and women who profess Jesus Christ and hold to His standards.”

The Benhams wrote in a statement on their website that they would choose their faith over a television show if those were the alternatives.

“We were saddened to hear HGTV’s decision,” they wrote. “With all of the grotesque things that can be seen and heard on television today you would think there would be room for two twin brothers who are faithful to our families, committed to biblical principles and dedicated professionals. If our faith costs us a television show, then so be it.”

Among the Benhams’ offenses, according to Right Wing Watch:

— David Benham told a conservative radio host, “Eighty-seven percent of Americans are Christians and yet we have abortion on demand; we have no-fault divorce; we have pornography and perversion; we have a homosexuality and its agenda that is attacking the nation; we have adultery … we even have allowed demonic ideologies to take our universities and our public school systems while the church sits silent and just builds big churches.

— David Benham supported a state constitutional amendment in North Carolina defining marriage as only between a man and a woman.

— David Benham said “The difference between Islam and Christianity: Islam takes life and enslaves it. Christianity lays its life down and sets you free.”

The Right Wing Watch report does not mention Jason Benham other than to say he was scheduled to be costar of the HGTV program. The opening portion of the report focuses on the alleged offenses of the Benhams’ father Flip Benham, an evangelical pastor. Both Benham brothers are graduates of Liberty University, former minor league baseball players and owners of a business that flipped houses for profit for a decade.

David Benham said on CNN May 8 that he and his brother have never practiced discrimination.

“We love all people. I love homosexuals. I love Islam, Muslims, and my brother and I would never discriminate. Never have we – never would we,” David Benham said.

“Never have I ever spoken against homosexuals, as individuals, and gone against them,” he said. “I speak about an agenda. And that’s really what the point of this is … there is an agenda that is seeking to silence the voices of men and women of faith.”