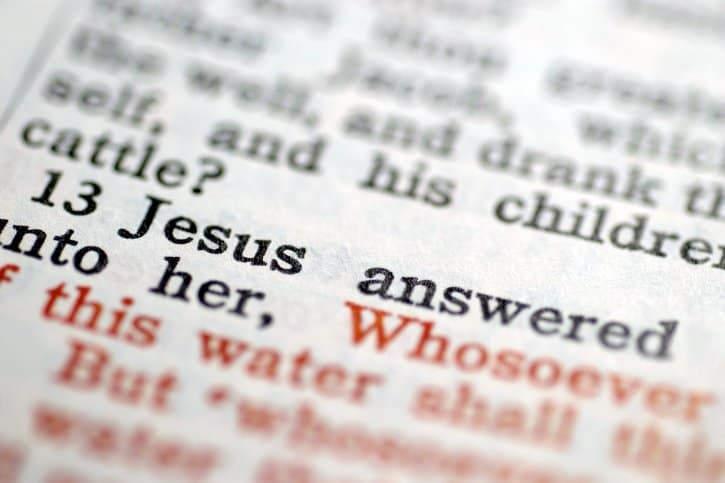 “It was glorious, and I am quick to give all the praise to our precious Savior, the Lord Jesus, for every victory,” McNeil said after returning from the revival service. “Yes, brother, revivals do work.”

McNeil preached during three services for the congregation at BRCC. During the services, he preached directly from God’s Word, citing passages verbatim from Matthew 1-4, along with excerpts from John 1-4, on Saturday night. During two Sunday morning services, he cited John 18-21.

Then, on Sunday night, McNeil preached to an Indian congregation that meets at BRCC, led by Pastor Macwan, whom McNeil met in India in 2000. Dressed in the first-century Palestinian garb that Jesus would have worn, McNeil gave a dramatic – though verbatim – presentation of the Sermon on the Mount (Matt. 5:1-8:1).

Nearly three decades ago, McNeil committed himself to memorizing the New Testament, and his effort to memorize Scripture now produces fruit through his evangelistic ministry. While he loves to hear preachers read a passage of Scripture and rightly divide it, he said that his gift and calling is to preach verbatim the Word, which stirs faith in people’s hearts. He is confident, as God promised in Isaiah 55, that His Word “shall not return unto Me void.”

According to McNeil, Pastor Hubert Nolen of BRCC told him after the revival services in Indianapolis, “The reason I want you in our church is (because) I want the office of the evangelist in our church.”

“That is a very strong statement, and I wish that all pastors felt the same way,” McNeil said. Representing Missouri’s vocational evangelists, he encourages the state’s Southern Baptist churches to value the office of the evangelist, which is listed in Eph. 4:11-12: “And He Himself gave some to be apostles, some prophets, some evangelists, some pastors and teachers, for the equipping of the saints for the work of ministry, for the edifying of the body of Christ.”