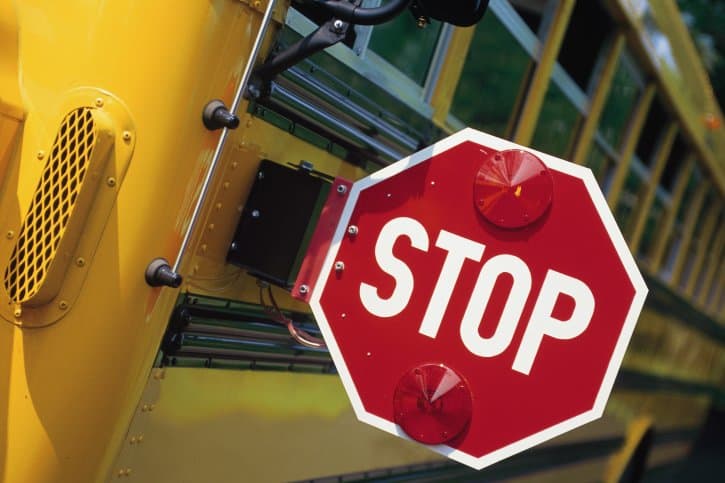 Twenty-six students and the bus driver were treated for injuries of varying degrees when the bus went off narrow Route C in Lewis County, landing on its top. Six students were still hospitalized days after the accident. There were no fatalities.

Paramedic Tom Stark of Ewing First Baptist helped one of the more seriously injured girls, who had been trapped in the bus.

“As soon as I got there, I was with her until they got her out of the bus 30 to 40 minutes later,” Stark said. “Then we took her to the blacktop where the Air Evac (helicopter) crew was waiting. She landed in the most perfect place she could – a window area that wasn’t crushed. She was calm and we talked the whole time.

“If it weren’t for God, a lot of things wouldn’t have happened – where she landed, God keeping her calm, God keeping us calm, no one getting killed.

“I made several promises under the bus and I plan to keep them. One of those was to get her some vanilla ice cream,” Stark said, reporting that the girl was released from the hospital, April 10.

“A lot of the kids are dealing with fear issues about getting back on a bus,” Serafin said, April 2. “There was a lot of post-traumatic stress with the students and families.”

Chris Leppert, a bivocational pastor at Durham Baptist who also drives a bus for the C-1 district, visited various families in the days immediately after the accident and made periodic trips to Highland High and Highland Elementary Schools of the C-1 district.

“I care about the kids. I’m thankful no lives were past,” Leppert said.

“I want to build bridges to show my life in Christ,” he added. “When families of Lewis County are hurting, I hurt for them for Christ.”

His ministry in the accident response is touching teens.

“I’ve had students ask me how I was doing,” Leppert said. “One teen, who was with us on a Dare to Share conference wanted to be with me as I ministered to people. She is keying in on one teen, but wants to be intentional in sharing Christ with her friends.”