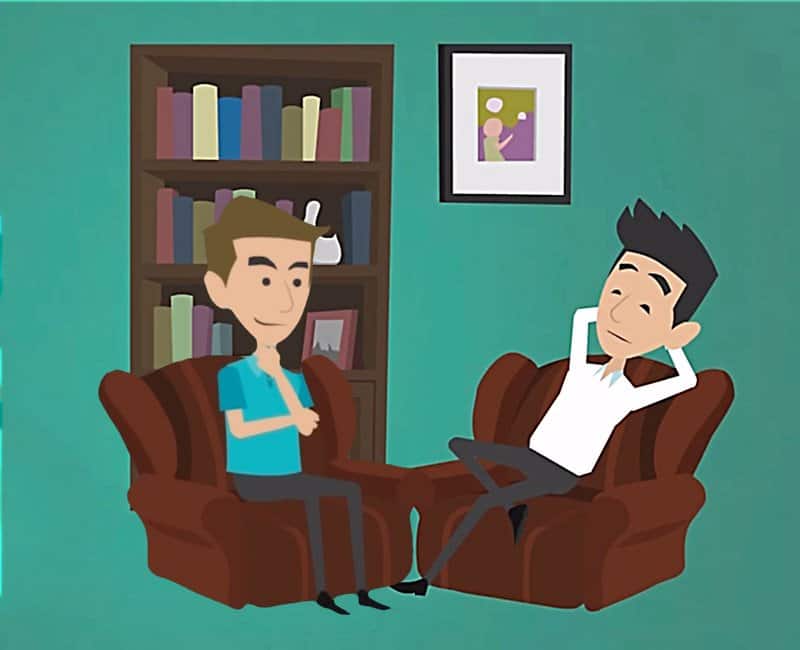 “This video presents the absurdity of NOT cooperating and defends the concept of CP through humor and in a way young adults, those who grew up in the ‘Seinfeld era,’ might enjoy and more readily understand,” Matt Tullos, production manager with the Louisiana Baptist’s team that produced the video, said. “Often in SBC life we tend to soft-sell the idea of cooperating and say ‘you should.’ The CP Rant provides an entertaining yet compelling argument for churches to give through the Cooperative Program.”

Southern Baptist churches were encouraged to view the two-and-a-half-minute video, available for free download at sbc.net in advance of Cooperative Program Sunday, April 13 on the SBC calendar. The animated video features a fictitious, young antagonist questioning why his church should support CP, and a young protagonist pastor pointing out CP’s far-reaching effectiveness.

“CP is really the story of every person who gives to the Lord through his local church,” Kyle said. “CP is not simply what the SBC or the state conventions are doing. In fact, it is what the church members are doing, who they are reaching, how they are making a difference, and they need to know. As the primary character states at the end of the video, ‘Somebody had to tell the guy.’

“We attempted to present the case for cooperation in a manner that captures the attention of the audience and makes the case that missions support doesn’t have to be an either/or proposition,” Kyle said.

“Churches can participate in missions and, at the same time, support missions and ministries in their state and around the world. There is more to missions than ‘just feeling it,’ as one of the characters states.”

The title CP Rant is used positively, drawing on the pastor’s defense of the CP, Kyle said.

“I guess the idea is you get on a roll and you just can’t stop – thus the definition of rant. The main character received a crash course in cooperation, if you will, from his pastor and when the opportunity presented itself, [the pastor] just lets it all out,” Kyle said. “There’s so much about our cooperative efforts that are good and right and needs to be heard by the average church member.”

“I think this lighthearted video gives a voice to questions that some young church leaders have about the Cooperative Program, as well as those to whom the concept of cooperative missions may simply be new or misunderstood,” Adams told Baptist Press. “In two and a half minutes it can’t deliver all the answers to those questions, but it can open the door for a larger discussion about how CP works and why it is so effective and trustworthy.”

“There are many well-done print pieces, articles and other short videos that help tell the CP story and show the life-transforming results of missions done in cooperation,” Adams, who serves as executive director of the Illinois Baptist State Convention, said. “I would hope this video would help open a whole new dialogue, even with sincere skeptics, about the proven effectiveness of Cooperative Program missions.”

“Even though our church is a strong supporter of the CP, and we see direct involvement through the CP, we still have trouble helping our people understand what these two letters are all about,” McClanahan said. “This video does the job. This is one of the best communication pieces I’ve seen on the fundamentals and benefits of the Cooperative Program. It clearly answers the question, ‘Why be involved with the CP?’ in a conversational style that connects across the generational divides.”

In St. Bernard Parish, La., Poydras Baptist Church Pastor John Galey used the video to inform and inspire his congregation of 70 weekly worshippers. He’s shown it on a Wednesday night and said he would likely show it on CP Sunday.

“Even though we’re small, there’s a great benefit for us to be able to participate in Kingdom work and to cooperate together and partnership together in an endeavor that’s greater than us,” Galey told Baptist Press. “If you’ve got a church and you’ve got 12 people to show up on Sunday morning, they’ll see through the Cooperative Program they can be a part of something that’s bigger than us, and we can be a part of joining together with other churches, expanding God’s Kingdom around the world.”