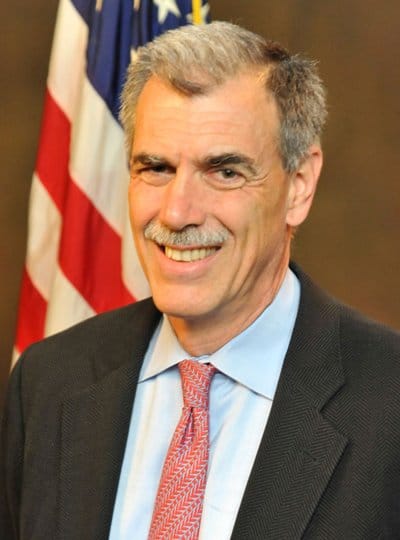 WASHINGTON (BP) – The Obama administration’s acknowledgment that its stance would require businesses to underwrite abortions without the right to a legal challenge may have been a particularly telling moment in a March 25 U.S. Supreme Court case that likely will be a landmark in religious liberty.

The Supreme Court heard 90 minutes of oral arguments regarding the federal government’s abortion/contraception mandate, which requires employers to provide abortion-causing drugs and devices for their workers. Two family-owned businesses – nationwide retail chain Hobby Lobby and Pennsylvania-based Conestoga Wood Specialties –had their opportunity to present their contention that the federal rule violates free exercise of religion rights and a 1993 law protecting religious liberty.

Associate Justice Anthony Kennedy asked Solicitor General Donald Verrilli, the Obama administration’s advocate, if he thought a for-profit corporation “could be forced in principle to pay for abortions.”

At first, Verrilli seemed to deny it would, saying, “[T]he law now is to the contrary.”

Kennedy countered: “But your reasoning would permit that.”

Lawyers for both plaintiffs cited the exchange in their assessments of oral arguments.

“The justices were extremely concerned about the idea that just because a family tries to earn a living in business, they abandon their constitutional and statutory freedoms,” said Matt Bowman, senior legal counsel for Alliance Defending Freedom (ADF). “I found it interesting that the justices also were very explicitly concerned about the notion that the government’s position is so extreme that if they force families and businesses to provide abortions of any kind, even presumably surgical or late-term abortions, those families would not even be able to have a day in court to object.

“[T]hose are extreme positions on the part of the government,” he told Baptist Press.

“Ultimately, what the government is doing here is forcing people to buy abortion products for other people,” said Bowman, whose organization has represented Conestoga Wood. “And that unprecedented mandate – given at the same time that the government is exempting a hundred million people from it for secular, political reasons – can’t be squared with the deference that we give in our country to religious freedom itself.”

Mark Rienzi, senior counsel for the Becket Fund for Religious Liberty, which has represented Hobby Lobby, said, “I think the court had a lot of very hard questions for the government. The government essentially admitted the theory that they’re offering in this case would support an abortion mandate.”

“Isn’t that what we are talking about in terms of their religious beliefs? One of the religious beliefs is that they have to pay for these four methods of contraception that they believe provide abortions,” Roberts told Verrilli. “I thought that’s what we had before us.”

Verrilli admitted it was the belief of the business owners but said federal and state law did not support a belief that the methods constitute abortion.

The regulation issued by the U.S. Department of Health and Human Services (HHS) to implement the 2010 health care law requires coverage of federally approved contraceptives, including the IUD intrauterine device and such drugs as the morning-after pill Plan B. Both the IUD and morning-after pill possess post-fertilization mechanisms that can cause abortions by preventing implantation of tiny embryos. The rule also covers “ella” which – in a fashion similar to the abortion drug RU 486 – can act even after implantation to end the life of the child.

Kagan told Clement, solicitor general under President George W. Bush, the corporations have another choice – they could refuse to provide health insurance and pay the $2,000 tax per employee.

“Well, just to put this in concrete terms, for Hobby Lobby, for example, the choice is between paying … a $475 million per year penalty [for refusing to abide by the mandate] and paying a $26 million per year [tax],” Clement said. “You have a government law that specifically says you must do something that violates your religion – and it’s enforced with a penalty, and, with all due respect, I think $2,000 per employee is a penalty.”

After the arguments, Hobby Lobby co-founder Barbara Green said in a written statement her family had built the business based on the Greens’ Christian faith and wants “to continue to live out our faith in the way we do business.”

“We believe that no American should lose their religious freedom just because they open a family business,” she said, adding, “[W]e prayerfully await the justices’ decision.”

Anthony Hahn, chief executive officer of Conestoga Wood, said his family never expected to see a time when the government “would force us to be complicit in the potential destruction of human life.”

“We didn’t choose this fight,” Hahn said in a written statement after the arguments. The Hahns, Greens and others, he said, “would have been happy to just continue providing good jobs and generous healthcare benefits. But the government forced our hand. We hope and pray that the Supreme Court will uphold the religious freedom of all Americans who seek to glorify God even as they go about making a living.”

Ilyse Hogue, president of NARAL Pro-choice America and a leading supporter of the HHS mandate, told reporters outside afterward, “We will not have our rights extinguished. Our bodies are not our bosses’ business.”

The plaintiffs’ lawyers expressed encouragement after the arguments.

“I won’t make guesses, but it felt like a good day,” Rienzi said outside the court. “It felt like they asked really good questions, and we’re happy with it.”

The Green family has said it will not comply with the mandate if it loses in court. The arts and crafts retail chain of more than 600 stores could face fines totaling $1.3 million a day. The Christian bookstore chain Mardel, also owned by members of the Green family, is part of the suit as well. Both are based in Oklahoma City.

The Hahn family has been living under the mandate since its group health plan was renewed in January 2013. Refusal to abide by the mandate could cost the family an estimated $95,000 a day. Conestoga Wood is a wholesale manufacturer of kitchen cabinet parts.