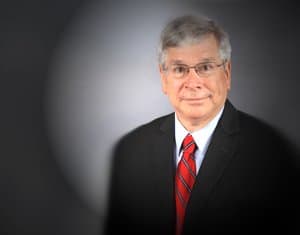 Let me start by saying I’m pro-life. I oppose all forms of abortion and firmly believe that life begins at conception. This is a very personal stance. Abortion touches upon some of our most basic ideas about life and faith. In turn, each person must decide for themselves where they stand on this issue.

Under current law, abortion is legal in the United States. Barring any unforeseeable events, this is unlikely to change any time soon. There is nothing preventing us, however, from ensuring that these procedures are done safely and adhere to the same strict laws and guidelines to which we hold every medical procedure.

I understand abortion is a polarizing topic, but to automatically view every measure addressing it is as an attack or an attempt to outlaw it is inaccurate. This prevents us from examining some very real problems with how these medical procedures are carried out and the right of alternatives to abortion agencies to express their opinions.

For example, various states have enacted local ordinances in recent years that apply unfair regulations to alternatives-to-abortion agencies. These groups are often faith-based and offer free services to women considering an abortion. These establishments give women a choice when they may not have otherwise seen one.

Cities and political subdivisions across the country have begun forcing these groups to follow burdensome and frivolous requirements, such as mandating them to advertise they don’t perform abortions, or limiting the amount of information they’re allowed to provide.

This would be the same as requiring fast food establishments to advertise they don’t have wait staff, or that car dealerships don’t sell boats. These are underhanded attempts to limit organizations that have a First Amendment right to offer counsel to the public, the same as any other organization or institution.

Federal judges across the nation are throwing out these ordinances as they’re challenged in court. Good public policy should be preemptive, though, which is why I’ve filed Senate Bill 658 this year, which would protect the rights of alternatives-to-abortion agencies to freely engage in religious practice and offer their services, as guaranteed by the First Amendment of the United States Constitution.

In the same vein, I’ve filed legislation this year that would make sure the clinics where abortions are performed are held to the highest safety protocols.

In 2011, a Pennsylvania physician, Dr. Kermit Gosnell, was charged with eight counts of murder resulting from gross medical malpractice while performing abortions. One patient died under his care. Seven newborns were killed after being born alive following botched abortions. And all of these horrific crimes happened under the nose of state authorities, who hadn’t inspected his clinic in years. A single visit by a state inspector might have prevented this terrible crime.

Regardless of where you stand on abortion, this is a horrifying and sickening incident. We must not allow this to happen in Missouri. Senate Bill 770 requires clinics where abortions are performed to be inspected four times a year. We already require similar inspections for other medical facilities. There’s no justifiable reason we shouldn’t apply the same stringent requirements for places where these surgical procedures are performed.

The legislation also offers more support to women who seek abortions due to medical emergencies, specifically because of psychological or emotional conditions. A woman undergoing a medical emergency because of psychological or emotional trauma should not be forced to make an irreversible decision without at least talking to a qualified mental health professional, such as a suicide prevention counselor. This bill would offer these women that help.

Once again, neither of these bills restricts the right of women to have abortions in Missouri. What they do is guarantee the safety of the women who choose to have them performed, and protect the right of religious organizations to offer guidance and alternatives to women considering an abortion.