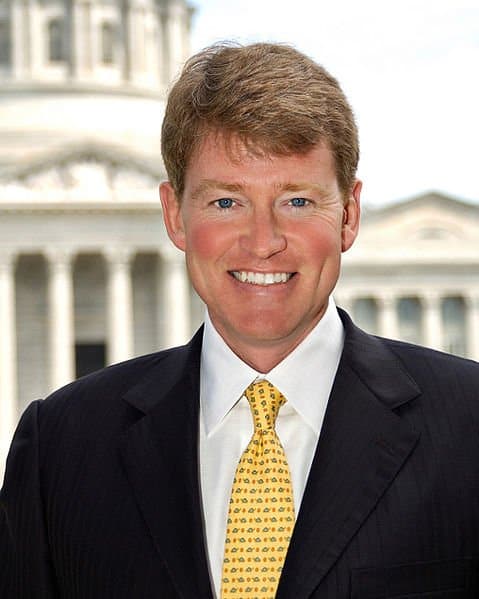 JEFFERSON CITY – Missouri Attorney General Chris Koster has initiated the legal defense of Missouri’s marriage laws against a challenge filed by the American Civil Liberties Union (ACLU). Koster has instructed his staff to proceed with actions to defend Missouri’s constitutional amendment defining marriage as the union of one man and one woman.

The ACLU filed the lawsuit on behalf of eight same-sex “couples” currently living in Missouri who contend they were legally “married” in other states and countries. The lawsuit demands that the state provide legal recognition of these out-of-state “marriages” and any other same-sex unions in which legal “marriage” licenses have been issued.

The ACLU petition was filed in Circuit Court in Jackson County. It seeks a judgment from the court that Missouri laws upholding the historical definition of marriage violate the Due Process Clause and the Equal Protection Clause of the 14th Amendment to the U.S. Constitution.

Missouri has a constitutional provision known as the Missouri Marriage Amendment which states “that to be valid and recognized in this state, a marriage shall exist only between a man and a woman.” That language was approved by Missouri voters in August of 2004 through a constitutional amendment. Missourians endorsed the referendum by a resounding vote of 71 to 29 percent.

Missouri also has a state statute adopted by the Legislature in 1996 known as the Missouri Defense of Marriage Act. It provides that marriages entered into in other jurisdictions must conform with Missouri law. The language further states that “a marriage between persons of the same sex will not be recognized for any purpose in this state even when valid where contracted.”

Attorney General Koster has pledged that his office will provide a thorough and persuasive defense of Missouri’s marriage laws before the circuit court, and at subsequent levels of the judiciary on appeal. Koster has appointed his Deputy Solicitor General Jeremiah Morgan to handle the state’s defense of the case.

The fact that a state Attorney General would act to defend the laws of his own state in court would normally not be news. It is a primary function of a state’s chief lawyer to appear in court to preserve, uphold, and defend the laws adopted by state lawmakers and the voters themselves. However, the rampant lawlessness in our nation surrounding the advancement of the homosexual rights agenda has made such a routine decision newsworthy.

In recent weeks and months, attorneys general from Pennsylvania, Illinois, Nevada, and Oregon have abandoned their oaths of office and refused to defend their state’s marriage laws. These outrageous episodes of public official malfeasance reached a new level of reckless conduct in the State of Virginia. In that state Attorney General Mark Herring announced he was not only going to fail to fulfill his constitutional duties, but his office was going to appear in court on the side of homosexual rights attorneys.

This type of unconscionable behavior by individuals elected to protect the rule of law made its dishonorable debut in the state of California. There, Attorney General Kamala Harris decided to be a no-show in court for the highly publicized Proposition 8 case involving a challenge to California’s voter-approved constitutional amendment.

The ugly stage for such renegade behavior by chief legal officers was set by U.S. Attorney General Eric Holder, when he arrogantly declared that he had concluded that provisions of the federal Defense of Marriage Act were unconstitutional, and he was not going to bother to defend them.

The fact is the Defense of Marriage Act (DOMA) empowers the State of Missouri to refuse to acknowledge same-sex unions ratified by other states. DOMA provides an exception to the full faith and credit clause of the U.S. Constitution, authorizing states to decline to give legal effect to public acts of other states “respecting relationships between persons of the same sex.”

In its recent decision on DOMA, the U.S Supreme Court restated its longstanding position that states possess the nearly exclusive legal jurisdiction to determine the nature and scope of laws governing marriage, the family and domestic relations. “By history and tradition the definition and regulation of marriage…has been treated as being within the authority and realm of the states,” wrote Justice Anthony Kennedy for the court majority.

This case is of huge significance to the future of marriage in Missouri. If state courts were to side with the plaintiffs represented by the ACLU, Missouri’s Marriage Amendment would be meaningless. Same-sex “couples” would simply travel to Illinois, Iowa, or some other state to obtain “marriage” licenses and then return home to demand that their unions be legally recognized.

It appears that the judge hearing the case will be Circuit Judge J. Dale Youngs. Judge Youngs was appointed to the bench in 2009 by Governor Jay Nixon, and is a former assistant attorney general who served under Nixon during his tenure as Attorney General.