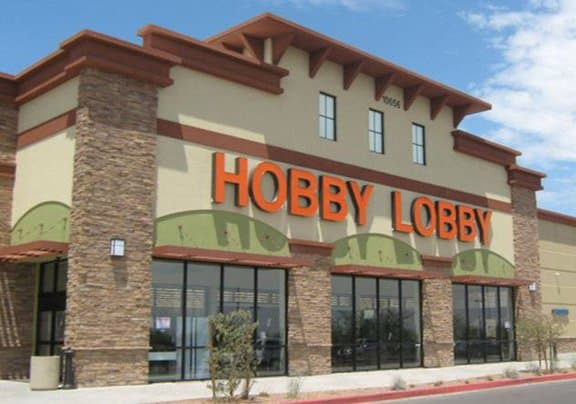 WASHINGTON (BP) – In a case that could reverberate for decades, Hobby Lobby filed a brief with the U.S. Supreme Court Feb. 10 asking the court to protect the religious liberty of the craft chain’s owners in regard to the Health and Human Services (HHS) contraception mandate.

“Our argument at the Supreme Court is simple and straightforward: The plain terms of federal law protect religious exercise wherever it occurs – in the home, in a church, in a charity or in a family business,” said Kyle Duncan, general counsel for the Becket Fund for Religious Liberty, which represents the Green family, owners of Hobby Lobby. “There’s no loophole in the First Amendment that excludes people who run a business.”

Hobby Lobby’s brief explains that the U.S. Constitution and civil rights laws protect citizens from being forced to comply with the HHS mandate, a federal regulation that would make them provide health coverage for contraceptives that can cause abortions.

“The Greens do not object to covering 16 out of 20 FDA-approved contraceptives,” Duncan said in a press conference after the brief was filed. “In fact, their company’s generous health plan covers all mandated services for women with the exception of only four contraceptive methods that can terminate human life in the womb.

“Yet if the Greens do not comply with the mandate, they’ll expose their businesses to severe fines and other damaging consequences.”

Hobby Lobby estimates that it would face fines of $1.3 million per day if it does not comply with the mandate. Steve Green, the company’s president, told Fox News it would be cheaper for the company to discontinue health insurance benefits and pay the fine for noncompliance, which is just $2,000 per employee compared to $36,500 per employee for refusing to supply the four controversial contraceptives.

The U.S. 10th Circuit Court of Appeals in Denver ruled in Hobby Lobby’s favor last July, recognizing that people do not forfeit their consciences simply because they run a business. That court also recognized that the Religious Freedom Restoration Act, signed by President Clinton in 1993 with bipartisan support, guaranteed Hobby Lobby an exemption from the mandate by preserving the free exercise of faith.

Hobby Lobby’s Supreme Court brief calls the HHS mandate “one of the most straightforward violations” of the Religious Freedom Restoration Act the court is likely to see.

Friend-of-the-court briefs have been filed with the Supreme Court 2-1 on Hobby Lobby’s behalf, including one by the Southern Baptist Ethics & Religious Liberty Commission.

The question in the case, Duncan said, is “whether profits and religion can never mix.”

“That is a strange idea, and nothing in the law supports it. Maybe some business owners pay attention to only the bottom line, but not the Greens, who’ve always put their faith before profits,” Duncan said.

Last week when CVS drug stores announced they would no longer sell tobacco products, the federal government hailed the decision as one that could save lives, Duncan said.

“So it appears to be common sense: The corporations and the people who run them can and should have many purposes besides pursuing the almighty dollar,” Duncan said. “The Greens are simply saying that their religious faith can be one of those purposes.”

The Religious Freedom Restoration Act (RFRA), Duncan said, specifically recognizes that many combinations of individuals and associations can exercise religion.

“There’s absolutely nothing in RFRA, nothing in its legislative history and nothing in any decision ever interpreting it that suggests that a for-profit corporation is somehow arbitrarily excluded,” Duncan said.

Religious liberty experts who were intimately involved in crafting RFRA have explained that everyone understood the law would protect, for example, a Kosher businessman who wishes to operate his business, even if it’s a corporation, in accordance with his Jewish faith, Duncan said.

“What it really comes down to is the plain terms of this law protect the Greens and Hobby Lobby, and in that sense it’s a very simple, straightforward case,” Duncan said.

More than 90 lawsuits have been brought against the mandate by hundreds of plaintiffs including individuals, universities, charities, health care providers and businesses. About half of those are related to nonprofit institutions. A victory at the Supreme Court in the Hobby Lobby case “would go a long way toward helping the nonprofit religious organizations make their case too,” Duncan said.