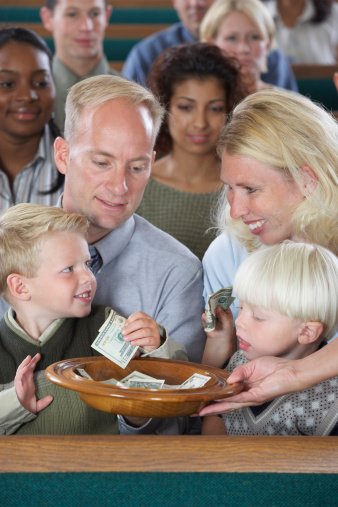 Although the majority of donors 60 and older said they would give the same amount to charity this holiday season, four times as many indicated they were more likely to increase their holiday giving compared to last year. In 2012, just 3 percent of this age group indicated they would increase their giving over the holidays. This year, that percentage jumped to 12 percent. 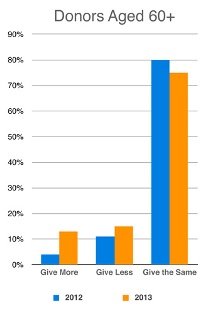 In spite of downturn in consumer confidence, charitable giving should be up.

“Uncertainty over the economy and personal finances, which were of concern to donors a year ago, don’t to seem to be playing as much of a role this holiday season compared to last year,” said Rick Dunham, President and CEO of Dunham+Company, which commissioned the study by research firm Campbell Rinker. “This is good news, especially since consumer confidence was down in November to a seventh-month low, according to The Conference Board.”

The Dunham+Company study was part of a Campbell Rinker Donor Confidence Survey conducted Nov. 5-18, 2013, among 493 U.S. adult donors who had given at least $20 in the previous year. The online responses were weighted by age to reflect the general U.S. population per the 2010 census. The margin of error is plus or minus 4.6 percent at the 95 percent confidence level.

Dunham+Company serves more than 50 nonprofit organizations on four continents with offices in the U.S. and Australia. For more information, please visit http://www.dunhamandcompany.com.