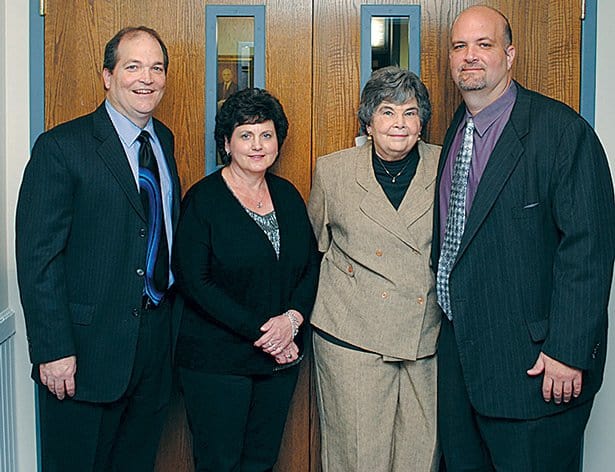 BRIDGETON – Missouri Baptist Children’s Home (MBCH) has named the Board Room in the Blake Administration Building the “Carpenter/Cox Board Room” in memory of Kathy Carpenter and in honor of Betty Cox. These ladies have continued the long history of female leadership of Missouri Baptist Children’s Home. A dedication service for the Carpenter/Cox Board Room was held Oct 7.

Carpenter served as a member of the MBCH Board of Trustees and MBCH Children and Family Ministries Board of Trustees for several years before she died from cancer in 2011. She was devoted to her work with missions and taught children’s Sunday School for more than 30 years at Rothville Baptist Church in Brookfield where she was a faithful member. She was also a member and officer of local and state Woman’s Missionary Union (WMU) Boards.

Carpenter donated her time to many organizations and boards across the state of Missouri. She was a past board member of the Chariton County Extension Council, the State of Missouri Soil and Water Board, past Treasurer of the Northwestern R-1 School Board, member of the Taylor Golden Rule Club, Bed and Breakfast Inns of Missouri and the Brookfield Area Chamber of Commerce.

Betty Cox first became a member of the Missouri Baptist Children’s Home Board of Trustees in 1975. Since that time she has served on the MBCH Board as long and as often as allowed by the Missouri Baptist Convention By-Laws. In October, 2011, Cox was elected chairman of the MBCH Board of Trustees – the first woman to hold the position for more than 70 years. She has also served on the boards of the MBCH Foundation and the MBCH Professional Development Institute.

Cox is a retired school teacher, teaching accounting, typing and English. She is a member of Ilmo Baptist Church in Scott City and has served her church and the Charleston Baptist Association in a number of capacities – with a strong emphasis on missions and the WMU.