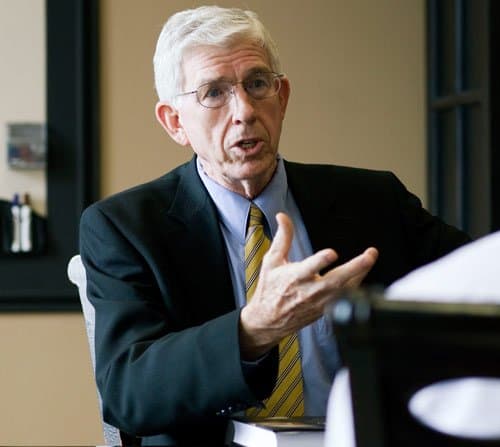 LOUISVILLE, Ky. (BP) – Charles Haddon Spurgeon’s commitment to live and minister in full accord with Scripture provides a model for all Christians, Baptist historian Tom Nettles says as the author of a new biography on the 19th-century British Baptist preacher.

“Spurgeon’s ministry grew out of a love for the Scripture and a love for doctrine that everyone should share,” said Nettles, professor of historical theology at Southern Baptist Theological Seminary, in an interview about his 700-page book, Living by Revealed Truth: The Life and Pastoral Theology of Charles Haddon Spurgeon.

A love for Scripture akin to Spurgeon’s should be especially true for pastors, Nettle said.

“He wrote most of those, and so he explains month by month what’s going on in Metropolitan Tabernacle or in other churches,” Nettles said. “You get all these little views about how he viewed church life. … I think that adds a depth to Spurgeon’s life that sometimes I didn’t find in other biographies.”

Nettles added that Spurgeon’s theological ability and consistency has not received its proper due. This, in fact, is what prompted the book’s title.

“Spurgeon has not been taken seriously enough as a theologian who governed his life and his ministry on the basis of theological principles,” Nettles said.

“Some historians have not sorted out the fact that he had a very strong theology of evangelism and a strong theology of human responsibility as it related to divine sovereignty,” Nettles said. “There were theological reasons for what he did. That’s the reason I’ve titled the book Living by Revealed Truth.”

Spurgeon’s trust in God’s sovereignty played an important role in how he reacted to various challenges and difficult times, Nettles said; Spurgeon knew, from passages like Rom. 8:28-29, that God works all things for the good of those who love Him, to the end of conforming them to the image of Christ.

“He was so committed to the sovereignty of God that he knew that God had a purpose in everything. He did not question God in His dealing with him,” Nettles said. “He wasn’t afraid to quote Rom. 8:28 in hard suffering. God is saying that He is in control, He’s fashioning us into the image of His Son. What more could we want in our suffering?”

Spurgeon’s commitment to ministry in light of Scripture also is evident in his heavy involvement in benevolence ministries, Nettles said. Eventually, Spurgeon’s Metropolitan Tabernacle housed as many as 66 such ministries.

“And all of them, as far as Spurgeon was concerned, had a theological foundation,” Nettles said. “All of these things rose out of his love for the gospel.”

With all of the ministries that Spurgeon supported, and with his vast output as a preacher, writer and administrator, Nettles concedes that Spurgeon’s life could discourage readers who have little hope of such productivity. But there’s much from Spurgeon’s example that deserves attention and emulation.

“There’s one sense in which we say, ‘Don’t try to be Spurgeon, because you can’t,’” Nettles said. Regardless, “I think we need to try to love the gospel the way he did, be insistent on biblical foundations for all we do the way he did; we should be energetic for the gospel as he was.”