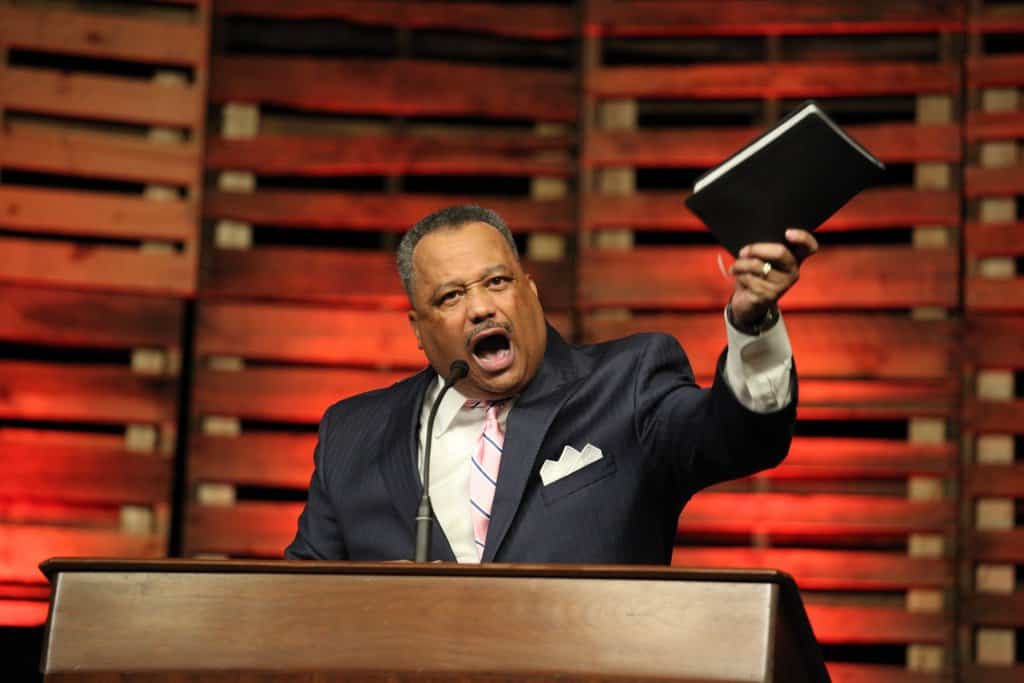 Luter, who serves as pastor of Franklin Avenue Baptist Church in New Orleans, made history in 2012 when messengers at the SBC Annual Meeting elected him the first black president of the denomination. His fiery message at the MBC Annual Meeting was just one of 12 similar preaching engagements at state meetings he’s attended over the past 16 months.

“I talked to six former SBC presidents and asked how many of this type of meeting I’d be speaking at. They all said not too many. Every last one of them lied to me,” he joked.

“We’re living in some evil days,” he said, returning to the serious. “Our nation, states, cities and communities are in trouble. In a lot of cases, our churches are in trouble. What is it going to take to change things in Missouri or Louisiana, to change the downward spiral taking place all across America?

That answer and his sermon text came from Rom. 1:16 and 17: “For I am not ashamed of the gospel, because it is God’s power for salvation to everyone who believes, first to the Jew, and also to the Greek. For in it God’s righteousness is revealed from faith to faith, just as it is written: The righteous will live by faith.”