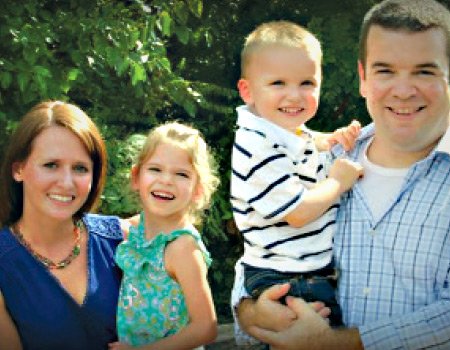 Editor’s note: * denotes that the names have been changed for security.

IZHEVSK, Russia – A drought covered the Russian republic of Udmurtia in 2010, compelling villagers in the area to call upon an Orthodox priest to bless their land. Seeing no sign of rain in the days that followed, the villagers then sacrificed a goose, cutting off its head and letting its blood spill over the ground. The next day it briefly rained, affirming the villagers’ pagan sacrifice but failing to bring relief amid the drought.

Such is the plight of the Udmurt people group of Russia, said missionary Charlie Murphy.* In 2007, Southern Baptists across the United States devoted themselves to pray for the Udmurt, and according to Murphy they need it. Ignorant of the gospel and clinging to the folk religion of their ancestors, many Udmurt feel hopeless and are beset by depression and alcoholism, resulting in high suicide rates. An article written about the Udmurt for the 2007 Day of Prayer and Fasting for World Evangelization reported that this people group lives “on the brink.” When Murphy read this bleak report, his heart broke.

“When I read that article, God put a burden on my heart for these people that I had never heard of just a few minutes before,” Murphy said. “I knew that was where God wanted us to go.”

Murphy’s journey to the mission field began in 2006 in Springfield, where he and his wife, Heather*, taught in the public school system and faithfully attended South Gate Baptist Church. For some time, they felt that God had been calling them to the mission field, so that year they quit their jobs, sold their home and moved to Fort Worth, Texas, to study at Southwestern Baptist Theological Seminary.

Through a seminary mission trip to Cameroon, the Murphys began to build a friendship with another seminary couple. Both couples soon began to pray and talk about joining one another on the mission field to work among an unreached people group. Then, in 2007, God led both couples separately to pray about reaching the Udmurt.

After completing their work at Southwestern, the Murphys moved with this couple to Novosibirsk, unofficially called the capital of Siberia, in early 2009. There they began to study the Russian language. Then, that fall, they moved to Izhevsk, the capital city of Udmurtia, where they began to bring the hope of Christ to a hopeless people. In 2011, the Murphys also welcomed two adopted children into their home, a 3-year-old daughter and a 15-month-old son.

After a 2010 census, the Murphys learned that the majority of the Udmurt people lived in Izhevsk and in only five of 26 small counties in Udmurtia. For this reason, they focus their evangelistic efforts on these areas. On a weekly basis, they share the gospel in Udmurt villages, and they spend each weekend living in a log home among the Udmurt, tending their own garden and building relationships.

“We’re looking for an Udmurt household or an individual that will receive the gospel and will have a life change and a desire to see other Udmurt come to Christ,” Murphy said, adding that they desire to see “disciples making disciples.” Although they still labor weekly to find an Udmurt family that will follow Christ and lead others in this way, the Murphys have seen some respond to the gospel.

On one occasion, the Murphys and a mission team from South Gate Baptist Church, Springfield, visited the home of an elderly man named Nikolai. During their visit, they noticed that Nikolai’s wife was perturbed. One of their ten sheep, a pregnant ewe, had been missing for a few days. However, as the group met in their home that evening, Nikolai surrendered his life to Christ, the lost sheep came home with a newborn lamb, and a celebration began.

“It was really exciting for us to see the hand of God on that family,” Murphy said. “They understood that to be the power of God, the love of God and the kindness of God on their family. And I saw these older people—in their 70s, getting close to 80—hugging each other, kissing each other and doing a happy dance. And then they called their four kids and told them what happened. That will always be one of the greatest moments of the work that we’ve seen.”