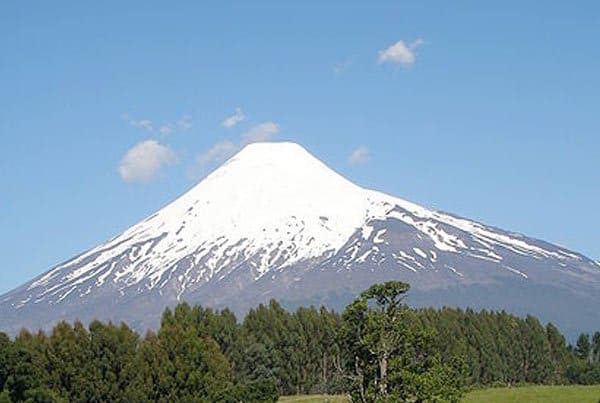 MAYWOOD – Jackie Bursmeyer uses creative ways to reach people in Santiago, Chile, for Jesus Christ. These include making crafts, unique Bible stories over tea, and even walking her dog, Molly.

Bursmeyer, a Southern Baptist missionary for 35 years, is on furlough with family in St. Louis. She spoke to the Mt. Salem/Wyaconda Southern Baptist Association quarterly Woman’s Missionary Union (WMU) meeting April 25 of her work and the challenges as an administrative assistant for the Americas Support Center.

“I dare say 10 percent of them, if that many, are born-again believers,” she said. “Our goal is to establish a church, but we need more than women there.

“We’ve made felt pictures, decoupage, and they enjoy the cooking classes. They want to do quilting, which they call patchwork.”

Bursmeyer, a former sixth grade teacher, said she leads 20 or so women.

“We are called gringos (foreigners),” she said. “That’s very nice and we don’t mind it.”

A favorite treat of her group is brownies. By rote, she shares a scratch recipe.

“I can do that – recite the recipe – faster than I can open a box (of brownie mix),” she said.

With the crafts and Bible study, tea is often served.

“Chile is a big tea-drinking country,” she said.

A current Bible study the women enjoy is “Bad Girls of the Bible,” by Liz Curtis Higgs. One participant came to Christ last year and several others may be close.

“When we talked about Eve, that stirred strong conversation from the ladies,” she said. “One of the greatest obstacles is a lot of people say they are Christians, but lack the personal relationship with Jesus. I used to ask if they were a Christian, and many would say yes, because they were Catholic, or Mormon or Jehovah Witness. I find a better question is ‘what is your relationship to Jesus Christ?’

“People are private in apartment living. They are suspicious of evangels that come to share with them, because there are Jehovah’s Witnesses and Mormons all over the place. There is some talk among Catholics to overtake the evangels. When we point out that we don’t hate Mary, it opens the conversation with them.”

“With Molly, I’m able to meet a lot of people walking their dogs. I get to know them through their dogs,” she said.

An 8.8 Chilean earthquake in 2010 trapped her for a time in her eighth-floor apartment, springing the doorjamb. For Bursmeyer, it was scarier being trapped than being in the earthquake.

“God gave me such peace in the moment,” she said. “He let me find batteries immediately for someone. I couldn’t tell you now where they are.”

The earthquake itself was a witness tool.

“It spurred conversations in the elevator later,” she said.

Bursmeyer has a personal appreciation for the WMU.

“Without the WMU, I would not be in Chile,” she said. “I know with the WMU we’ll get the prayer support.”