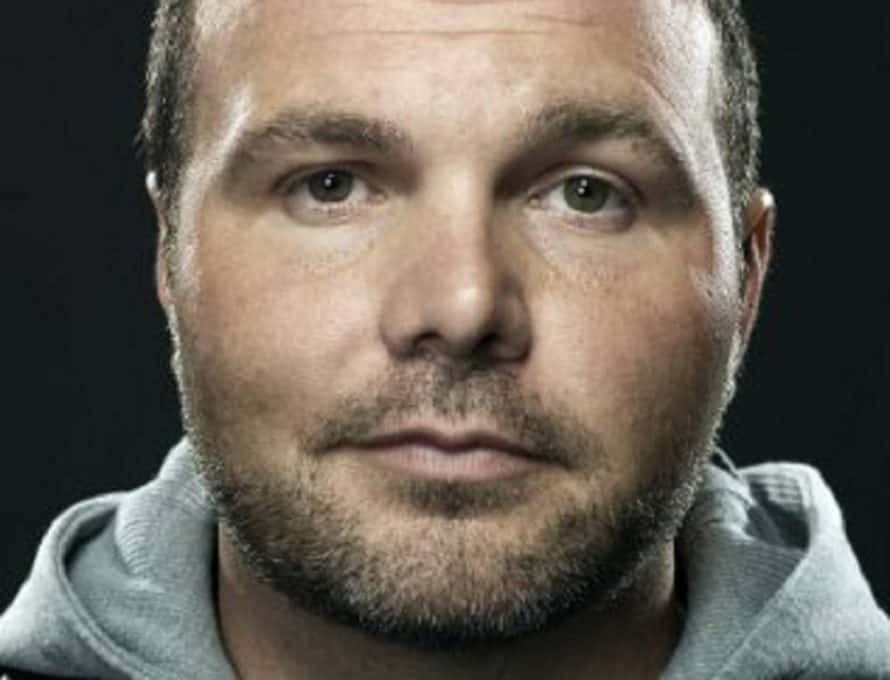 Missouri Baptists had their first significant encounter with the “Emerging Church” in December 2005 when former Missouri Baptist Convention (MBC) Executive Director David Clippard recommended a $200,000 loan to a new church plant in St. Louis, called The Journey. The loan was to “help facilitate a church planting center in St. Louis.” But the Executive Board, which approved the loan, was unaware of the issues surrounding The Journey. Soon, an intense debate over such issues as alcohol and the Emerging Church would ensue.

By the July 2006 board meeting, then-MBC President Ralph Sawyer requested that the board’s church plant workgroup investigate and report on mounting concerns regarding alcohol use among some church plants. The workgroup issued their report in August 2006 finding no evidence of alcohol-related issues at The Journey or among MBC church plants.

By the 2006 annual meeting of the Convention, Clippard declared in his executive director’s address that the Journey’s pastor, Darrin Patrick, was a modern-day Caleb and portrayed The Journey as a church plant model.

But by the December 2006 Executive Board meeting, everything changed: it was discovered that there were significant alcohol-related issues and that The Journey had a bar-room ministry in a St. Louis micro brewery for nearly two years called “Theology at the Bottleworks.” An advertisement for the bar-room meeting on The Journey’s website encouraged attendees to “grab a brew [and] give your view.” The Journey’s mission pastor stated on the church website that he and his wife enjoyed having drinks “at the almost secret bar beneath Brennan’s on the Central West End.” As recently as June 2007, The Journey’s website advertised the event stating: “This large and lively discussion combines cold beer and hot conversation on the relevant issues of our times.”

By January 2007, the St. Louis Post Dispatch published on the front page of the Sunday edition a story with the headline, “Beer and the Bible, it works for one growing St. Louis church. But it’s got Missouri Baptists hopping mad.” On March 4th, The Journey was featured on NBC’s “Today Show” in a report entitled, “Beer and Bibles: New Churches Lure Young Members.”

But the issues surrounding The Journey were much more significant than just a bar-room ministry. It was also discovered that Patrick serves as vice president of the Acts 29 Church Planting Network, a group of young, Emerging Church planters that plant likeminded churches across the United States, many of which are Southern Baptists, and a growing number of which are young Missouri Baptists.

On March 20, 2007, Baptist Press released another article entitled, “Alcohol, Acts 29 and the SBC (Southern Baptist Convention),” which only deepened the concerns that were already being raised across Missouri, especially with Acts 29’s status as approved ministry partner for the MBC.

The founder and president of Acts 29 is Mark Driscoll, named by Christianity Today as one of the most influential young preachers in America, with over a million downloads of his sermons each year. Also known by his peers as “Mark the cussing pastor,” Driscoll pastors Mars Hill Church in Seattle, which he planted in 1996.

Stating that, “I myself swim in the theologically conservative stream of the Emerging Church,” Driscoll claims to be “theologically conservative and culturally liberal.” Regarding the use of alcohol, Driscoll writes: “My Bible study convicted me of my sin of abstinence from alcohol,” at which time he “repented” and immediately began to drink alcohol. Driscoll’s church website notes that the church has “beer-brewing lessons whenever a large group of [Mars Hill] men get together.” This would be in keeping with Driscoll’s view of Jesus, who, according to Driscoll, began His public ministry at a wedding, where He “kicks things off as a bartender.”

This past New Year’s Eve, Driscoll’s church hosted what they called a “Red Hot New Year’s Eve Bash,” which included a “champagne bar” in the church (ID’s were required for drinkers) and “bonus points” were offered for those whose attire was “RED hot.”

Driscoll is also founder of the Paradox Theater, a ministry of Mars Hill Church, which in its first few years, hosted about 650 secular rock concerts for underage kids in Seattle. According to Driscoll, “We have had only a few minor problems [at the Paradox Theater], like the Japanese punk band that got naked during their set for no apparent reason.”

Another concern about Acts 29 churches like The Journey is their “film night” ministries where secular R-rated movies are viewed and then discussed. At the Journey, four of the five most recent films that could be documented were R-rated. According to Driscoll, his church also has a film and theology event that shows “an occasional unedited R-rated movie.” Driscoll also writes that some of his “sermons on sex were R-rated,” and notes that he gives “warnings to parents and sometimes saw whole visiting youth groups walk out blushing halfway through the sermon.”

Another concern about Acts 29 is the issue of gambling. Damascus Road Church, an Acts 29 church in the Northwest, advertises on its website their “Men’s Poker Night,” stating, “If you’re a man, and you have 10 bucks, here’s your chance to prove your poker skills or lack thereof.” The church also sponsors a “Men’s Bible and Brew,” and a “Men’s Movie Night.”

With all this being said, it is critically important that Missouri Baptists understand that churches like The Journey, Mars Hill and Acts 29, represents the right-wing of the Emerging Church, which some SBC leaders insist that Southern Baptists should embrace. In fact, The Journey’s Patrick and LifeWay’s Ed Stetzer (who was an Acts 29 board member until recently) served as co-chairs of North American Mission Board’s (NAMB) Young Leaders Task Force. Driscoll was scheduled to speak at Southeastern Baptist Theological Seminary this month, although he has stated for the record that he will “not be drinking or cussing when he speaks at the seminary.”

While Driscoll has been a highly influential player among the right-wing of the Emerging Church, Brian McLaren would represent his counterpart among those who comprise the left-wing of the movement.

In November 2004, Christianity Today, identified McLaren as “the de facto spiritual leader for the Emerging Church.” McLaren serves as chairman of the board of Emergent Village, the group that occupies the far-left wing of the movement. This group claims to have everything from a Texas Baptist pastor to a New England lesbian Episcopal priest.

McLaren has been strongly criticized within his own circles for some of his aberrant theological views. Driscoll has publicly stated some of his concerns about McLaren and other Emergent Village leaders which include: “referring to God as a chick, questioning God’s sovereignty over – and knowledge of – the future, denial of the substitutionary atonement at the cross, a low view of Scripture, and denial of hell … .”

Driscoll has been equally critical of McLaren’s call for a five-to-10-year moratorium against any pronouncements against homosexual behavior. Yet, despite Driscoll’s claim that he is distancing himself from the “Emergent” stream of the Emerging Church, he is a contributing writer in a new book on the Emerging Church with some of the same leaders from Emergent Village that he has so strongly criticized for their “liberalism.” In June, a “senior fellow” and a board member of Emergent Village were featured speakers at a conference on the Emerging Church hosted by Driscoll’s church.

Providing a glimpse into the theological underpinning of the left-wing of the Emerging Church, McLaren writes in his book, Generous Orthodoxy: “… I don’t believe making disciples must equal making adherents to the Christian religion,” arguing instead that we may just need to “help people become followers of Jesus and remain within their Buddhist, Hindu or Jewish contexts.” He further writes: “Ultimately, I hope that Jesus will save Buddhism, Islam, and every other religion, including the Christian religion, which often seems to need saving about as much as any other religion does.”

While the Cooperative Baptist Fellowship (CBF) is building strong relationships with the left-wing of the Emerging Church, some SBC leaders are calling on Southern Baptists to support and embrace the “theologically conservative and culturally liberal” wing of the Emerging Church – specifically Acts 29. They argue that our “kids are dropping out of church in droves … when they reach their 20s.” But churches like Mars Hill and The Journey, they say, “are attracting them!”

If Southern Baptists could just plant more “theologically conservative and culturally liberal” Acts 29-type Emerging Churches, where people can hang out in a bar and drink beer, learn to brew their own beer, dance in “RED hot” attire at special church events, smoke, cuss, tell off-color jokes, watch R-rated movies, listen to “R” rated sermons on sex, attend secular rock concerts hosted by our churches, play $5 hands of poker with our church buddies while we drink our beer, indulge in the arts of tattooing and body piercing, etc., then maybe our young people would come back to church. Or better yet, maybe they would stay in church.

It should come as no surprise that people are flocking to “Missional,” churches like The Journey and Mars Hill, but we should find it disturbing at best that some SBC leaders view the Emerging Church as a legitimate solution to the problems of encroaching worldliness and carnality within contemporary American Christianity.

Equally disturbing is the failure of some to see that drinking at a church “ministry” and hanging out in a bar is the path that leads some to the rehab center, some to prison and still others to an early grave.

Likewise, isn’t watching sexually explicit R-rated movies the path that takes some to the pornography websites in the privacy of their homes and offices? (Let’s not forget that pornography is a serious problem among evangelical Christians.)

And isn’t $5 and $10 poker games at church the path that will take some to the gambling boats and casinos?

When “right believing” produces wrong living, of what value is our theological conservatism? Have we forgotten that the demons of hell believe – and tremble. One could argue that the great tragedy for those whose passion is to be “cool” and “culturally relevant,” is that in the end, we will find ourselves increasingly irrelevant. The more the church tries to look like the world and act like the world in order to win the world, the less we will have to offer the world.

But there’s another important question that deserves an answer: Beyond things like drinking, smoking, cussing, hanging out at bars, watching dirty movies, gambling, rock concerts, etc., what else beyond such “legal” behavior does the “world” clamor for in its desire to fulfill the passions of its sinful fleshly nature?

Have we forgotten the most fundamental of all biblical principles, that whichever nature we nurture becomes dominant in our life – that when we feed the flesh, the flesh grows stronger?

“Have nothing to do with the fruitless deeds of darkness,” the Bible commands, “but rather expose them,” as we strive to keep ourselves from being “polluted by the world.”

“Friendship with the world,” we are warned in Scripture, “is hatred toward God.” And Jesus tells us, “If the world hates you, keep in mind that it hated me first.”

But far from “hatred,” the world is fascinated with preachers and deacons and church members that look, act and talk like the world.

The Bible is clear that we are in the world but not of the world. Any Christian movement that assaults either the truth of God’s Word or our biblical understanding of the seriousness of sin, is a movement that warrants our very close attention. (Roger Moran is research director of the Missouri Baptist Laymen’s Association.)

Each year, the MBC sponsors a Youth Evangelism Conference, helping students gain the confidence and conversational tools to witness wherever Christ places them on campus. Between 300-400 attended the most recent conference. This is only one ministry impacted by the Missouri Missions Offering.