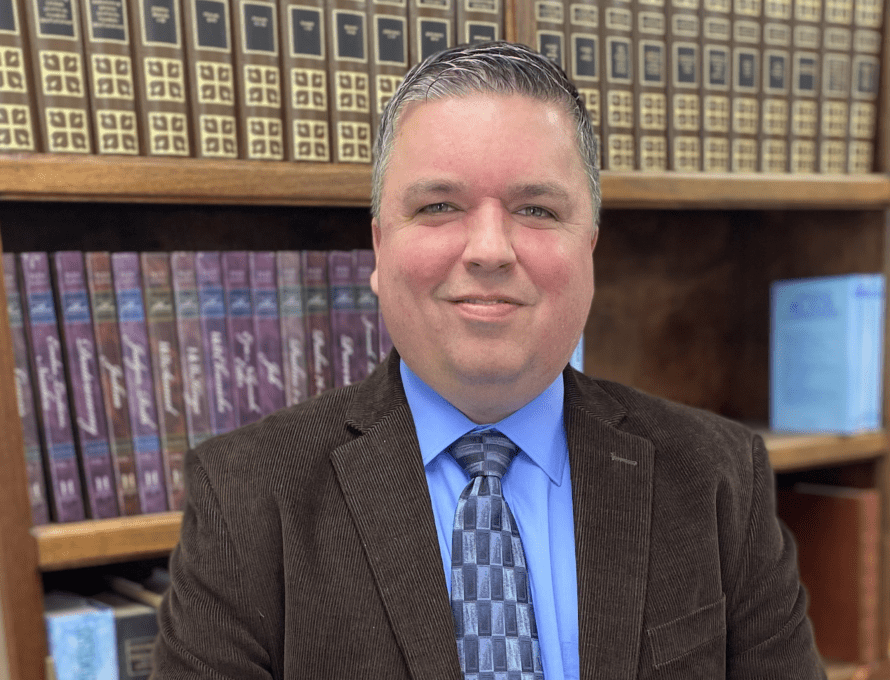 “Do everything without grumbling and arguing, so that you may be blameless and pure, children of God who are faultless in a crooked and perverted generation, among whom you shine like stars in the world, by holding firm to the word of life.” – Philippians 2:14-16 (CSB)

Grumbling comes easy in a world and culture that has gone wrong – that is, as Paul describes it, “in a crooked and perverted generation.”

We’ve seen a share of crookedness and perversion in our own time – most recently, with the legalization of recreational marijuana in Missouri and with attempts by the United States Senate to codify “same-sex marriage” in federal law. I confess some minor grumbling at these developments. But gratitude, rather than grumbling, offers a better way forward for me, as for all Christians.

Corrie Ten Boom – whose captivating story is told in the book, The Hiding Place – knew well this truth. The leader of an underground movement trying to rescue Jews in Nazi-occupied Holland, she was arrested along with her family and carted off to a concentration camp.

Even here, subjected to Nazi brutality, she learned the value of gratitude. When stripped naked and jeered at by soldiers, for instance, she remembered that Christ Jesus once hung in shameful nakedness on the cross for her sins. And she thanked Him with deeper appreciation than ever before.

Encouraged by her sister, Betsie, who shared in her sufferings, Corrie learned to take seriously the apostle Paul’s words in 1 Thessalonians 5:18: “… [G]ive thanks in everything; for this is God’s will for you in Christ Jesus.” The sisters thanked God even for their flea-infested barracks. Only later did they learn that guards avoided the barracks for fear of the fleas – allowing the prisoners ample time and secrecy to read their treasured, but contraband, Bible.

Amid such crookedness and perversity, grumbling would have been easy and – from a human vantage point – understandable. But, instead, these sisters found life, hope and meaning through gratitude.

Gratitude is a fitting attitude, especially, in our day. For much of the crookedness and many of the perversions of our culture (to say nothing of our own hearts) arise from self-centeredness, from the pursuit of individual autonomy, from the desire to re-create one’s “self” and one’s world at one’s pleasure.

But, as the late historian and author David McCullough has written, there is, in fact, no such thing as a “self-made man or woman.”

“We all know, in our own lives, who those people are who’ve opened a window, given us an idea, given us encouragement, given us a sense of direction, self-approval, self-worth, or who have straightened us out when we were on the wrong path,” McCullough writes. “… Family, teachers, friends, rivals, competitors – they’ve all shaped us.

“And so too have people we’ve never met, never known, because they lived long before us. … The laws we live by, the freedoms we enjoy, the institutions that we take for granted – as we should never take for granted – are all the work of other people who went before us. And to be indifferent to that isn’t just to be ignorant, it’s to be rude. And ingratitude is a shabby failing.”

Of course, as Christians, we know that “every good and perfect gift” comes down to us ultimately from our heavenly Father (James 1:17). He deserves all praise and thanks for the goodness in our lives. But, often, God doesn’t bestow His gifts directly by His own hand. Rather, His good gifts come to us by the hands of others, and as a result gratitude multiplies. For it is His will that we develop an attitude of gratitude.

A note of gratitude from Don Hinkle’s family

After the death on Sept. 22 of my friend and mentor, Pathway founding editor Don Hinkle, I was deeply blessed to spend time with Don’s sweet mother, Cecelia, and siblings, Jeff and Leann. Recently, Cecelia asked if The Pathway could publish the following letter. It is a great privilege to do so here:

“Words seem inadequate at a time I want to express my heartfelt thanks to all of the wonderful people of Missouri, for the love and kind words you all spoke about Don and for the beautiful flowers you sent. Needless to say, he was the joy of my heart, for all the wonderful things he accomplished for the Lord. A friend told me that I would not understand all the things Don had done for the Lord until I get to heaven. ‘What a glorious day!’

“Missouri will always have a special place in my heart, and I pray God will bless each one of you that had a part in Don’s life. Thank you again. Don loved you all much.

“Our love in Christ,