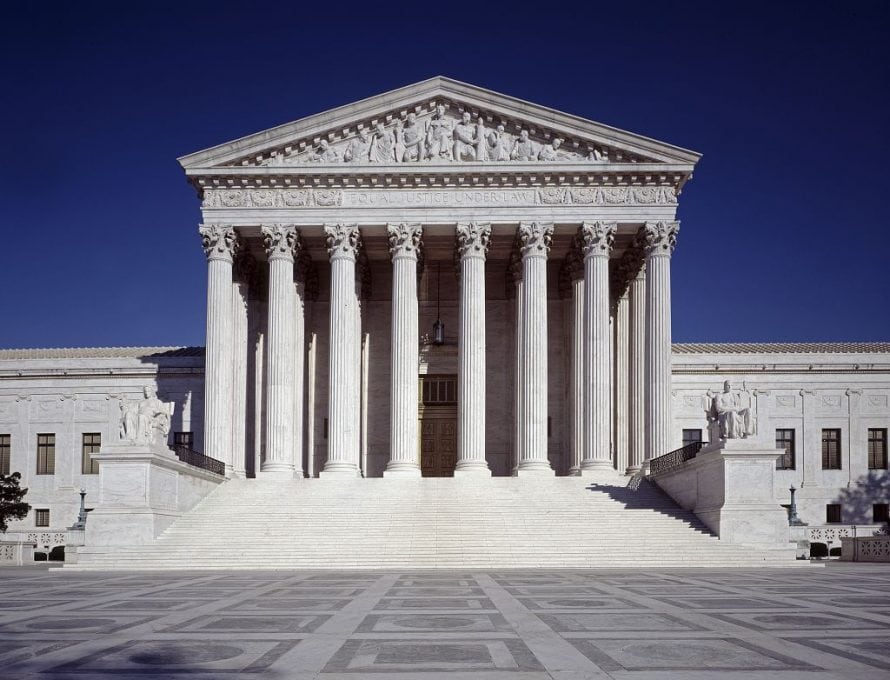 The justices questioned lawyers for Joseph Kennedy and the Bremerton (Wash.) School District during oral arguments that lasted more than one hour and 45 minutes in a case that involves the rights of public school teachers and coaches to exercise their religious beliefs freely. The high court is expected to issue an opinion in the case before it adjourns this summer.

The U.S. Ninth Circuit Court of Appeals in San Francisco twice ruled against Kennedy, who was ultimately joined by some players and others in the on-field prayers. In a 2021 opinion, a three-judge panel of the Ninth Circuit Court said the school district would have violated the First Amendment’s Establishment Clause had it permitted Kennedy to continue to engage in his on-field religious exercise after games.

The Southern Baptist Ethics & Religious Liberty Commission (ERLC) joined in three friend-of-the-court briefs in support of Kennedy, two urging the Supreme Court to review Ninth Circuit rulings and one in March calling for the justices to reverse the lower court. “The Establishment Clause, as properly interpreted, does not override the government’s duty to accommodate the free exercise of religion on a nondiscriminatory basis,” the brief said.

Chelsea Sobolik, the ERLC’s director of public policy, told Baptist Press Monday, “As Christians, our faith shapes the totality of how we live and the structure of our lives. The government must allow people of faith to live out their convictions according to their religious beliefs.

“Coach Kennedy was living out his faith in public and should have the ability to do so, without fear of punishment,” she said in written comments. “Teachers, administrators, students or coaches do not shed their religious beliefs simply because they enter the schoolhouse door.”

Representing Kennedy, former U.S. Solicitor General Paul Clement told the justices when Kennedy knelt at midfield “to say a brief prayer of thanks, his expression was entirely his own,” protected by both the Free Exercise and Free Speech Clauses of the First Amendment.

Richard Katskee, the lawyer for the Bremerton School District, told the high court, however, Kennedy’s actions pressured students to pray, divided the coaching staff, prompted bitterness toward school authorities and resulted in students being knocked down when the field was stormed.

Private speech does exist that “puts improper pressure on students to conform religiously or otherwise,” he said, adding the court would need to undermine previous decisions and “disregard students’ rights” for Kennedy to win.

During the arguments, various justices brought up the oft-criticized Lemon test, a standard offered in the 1971 Lemon v. Kurtzman opinion that says a law must have a secular purpose, not primarily promote or restrict religion and “not foster an excessive entanglement with religion” to avoid a violation of the Establishment Clause.

Clement described Lemon as “a stubborn fruit” and urged the court to “slice it in half.”

Lori Windham – senior counsel for Becket, a leading religious freedom advocacy organization – said afterward the justices “were wrestling with the Establishment Clause and the mess that has been left by the Lemon test.”

“It’s time for Lemon to go,” she said on Twitter. “Under Lemon, ‘neutrality’ toward religion means no religion in public. This is as unconstitutional as it is irrational.”

The Supreme Court “sounds like it will protect Coach Kennedy,” Windham tweeted.

A leading advocate for a strict separation between church and state issued a warning, however.

A ruling by the justices against the school district could result in “the greatest loss of religious freedom in generations,” said Rachel Laser, president of Americans United for Separation of Church and State. “We’re on very dangerous ground if the Court is considering overturning decades of established law that prevents government employees from pressuring students to pray in public schools.”

Beginning in 2008, Kennedy – an assistant coach with the Bremerton (Wash.) High School varsity team – would walk to the 50-yard line after each game, kneel and briefly pray, thanking God for the players. Players eventually began joining him, and Kennedy, who was also head coach of the junior varsity team, continued the practice for the next seven years. He also reportedly gave motivational speeches to players on both teams who gathered around him.

During the 2015 season, the school district superintendent sent a letter to Kennedy telling him to refrain from the post-game prayers and from religious expression in his motivational talks to players. The superintendent said Kennedy’s practices likely violated the Establishment Clause. After abiding by the mandate for a few weeks, Kennedy returned to his former practice of praying at midfield and was joined by others.

The school district placed Kennedy on administrative leave as a result. The athletic director recommended the school not rehire him in 2016, and Kennedy declined to apply for a coaching position when a new head coach was hired for the next season.

After a federal judge dismissed Kennedy’s lawsuit against the school district, a three-judge panel of the Ninth Circuit Court in San Francisco declined to grant him a preliminary injunction. The judges ruled Kennedy knelt and prayed “as a public employee, not as a private citizen, and his speech, therefore, was constitutionally unprotected.”

In 2018, the ERLC joined eight other groups in a brief that called for Supreme Court review and repudiation of the Ninth Circuit in the case, but the justices declined to grant the request at the time. The case returned to federal court and worked its way back through the judicial system.

When the Supreme Court refused to review the decision in 2019, Associate Justice Samuel Alito and three of his colleagues explained in an opinion that “unresolved factual questions” made a decision at that point “very difficult if not impossible.” Alito said, however, the Ninth Circuit’s ruling might call for the high court’s review in the future.

After the Ninth Circuit panel upheld the judgment in May 2021, the appeals court rejected in July a request by Kennedy for a rehearing by the full court. He appealed to the Supreme Court.