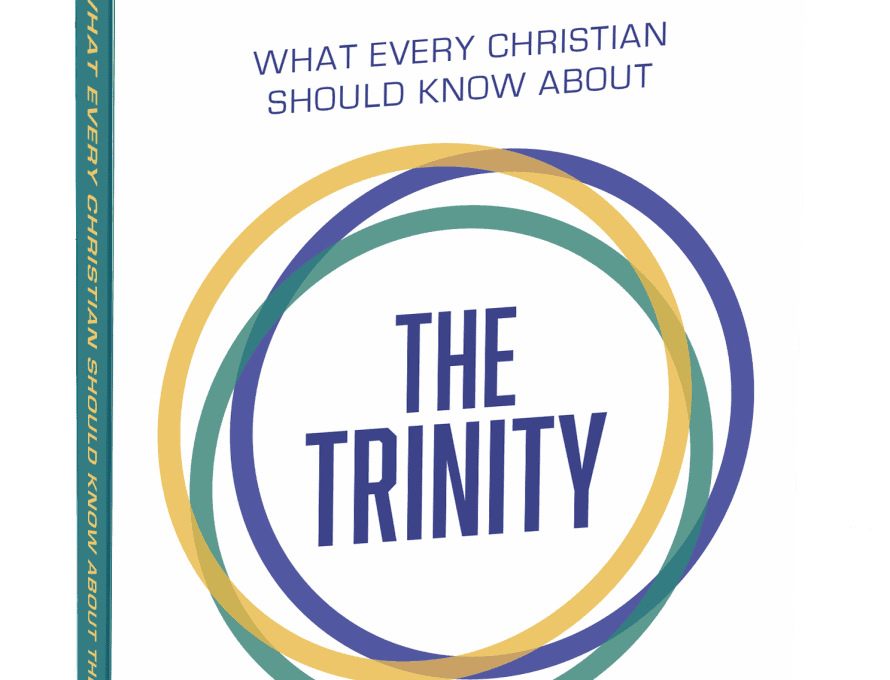 This is another in a series of excerpts from “What Every Christian Should Know About the Trinity,” published by the MBC’s High Street Press (visit highstreet.press).

The Bible begins with a simple yet profound statement: “In the beginning God created the heavens and the earth” (Gen. 1:1). As Moses tells the story of creation, he does not seek to prove the existence of God. The Israelites have experienced God’s presence and power first-hand.

This includes Moses’ encounter with Yahweh at the burning bush; the Lord’s miraculous victory over the false gods of Egypt; His thunderous giving of the law at Mt. Sinai; His visible presence in the pillar of cloud and fire; and His parting of the Jordan River to make way for a dramatic entrance into the Promised Land.

As we continue through Scripture, we see that other human authors presuppose God’s existence as the eternal, all-powerful, all-knowing, everywhere-present creator. In fact, the apostle Paul simply tells us the creation speaks for itself concerning the existence of God.

The observable earth and skies reveal a divine Designer, while a universally shared human conscience displays the transcendence of a moral Law Giver. Together, this evidence is so convincing that no one stands before God in final judgment with a valid defense for having rejected Him (see Rom. 1:18-32; 2:12-16).

But who is this God, the creator of heaven and earth? Is He a monolithic, unknowable, unapproachable being who reveals His will but not Himself, as Muslims claim?

Is He a singular divine person who creates a lesser god through whom all other things exist, as Jehovah’s Witnesses confess?

Is He a Heavenly Father who, as a member of a council of gods, organized our world as distinct from other worlds, as Latter-day Saints proclaim?

Or is the God of Scripture: one being who exists in triunity, fashioning the natural world out of nothing, and sustaining it – even in its fallen state – until it is purged of sin and restored to pristine innocence (see 2 Pet. 3:5-13; Rev. 21-22)?

Up to this point in our study, we have seen how the Bible reveals one true and living God, who exists as three distinct, but inseparable, co-equal, co-eternal persons: Father, Son, and Holy Spirit.

Did these three persons work together to create everything that exists, even the unseen realm of angelic beings? The answer is yes. In fact, throughout the Old Testament, God scolds the idols the Israelites worship precisely because these idols cannot claim to have created the world (see Jer. 10:10-11).

Although Scripture most clearly depicts God the Father as creator, we may see that He never acts independently. Rather, He works in concert with the Son and the Holy Spirit. This includes the Godhead’s collaborative work of creation.

The Father as creator

As the prophet Isaiah writes, “God is enthroned above the circle of the earth … He stretches out the heavens like thin cloth and spreads them out like a tent to live in…. ‘To whom will you compare me, or who is my equal?’ asks the Holy One. Look up and see! Who created these? He brings out the stars by number; he calls all of them by name. Because of his great power and strength, not one of them is missing…. Do you not know? Have you not heard? The Lord is the everlasting God, the Creator of the whole earth” (Isa. 40:22, 25-26, 28).

Other Old Testament verses tell us of God’s creative work. To cite but two examples:

Nehemiah 9:6 – “You, Lord, are the only God. You created the heavens, the highest heavens with all their stars, the earth and all that is on it, the seas and all that is in them. You give life to all of them, and all the stars of heaven worship you.”

Job 9:8-9 – “He alone stretches out the heavens and treads on the waves of the sea. He makes the stars: the Bear, Orion, the Pleiades, and the constellations of the southern sky.”

So, while both the Old and New Testaments depict the Father as the creator of all things, Paul gives the Corinthians – and us – a glimpse into the reality that Jesus  engaged fully in the Father’s creative acts. We are about to see this in more detail.

Next: The Son as creator