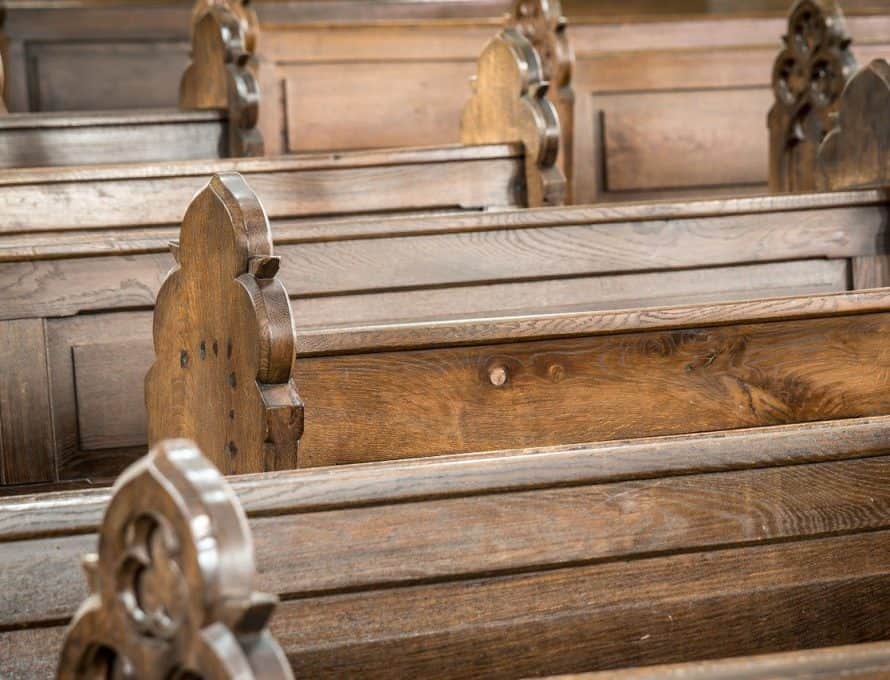 NEW FLORENCE – New Florence Baptist in east central Missouri focuses ministry on children in its small community. The program has reaped not only spiritual rewards, but also at least one financial one. Last year the church received a $10,000 donation for new pews from an anonymous local resident who liked what the church was doing in the community.

Between 25-30 children—many in challenging home lives—attend the church’s Kid’s Night on Wednesdays. With many outdoor games and activities the children are visible to the community. In the small town of under 800, the church is known as “the church that engages kids. We have that reputation,” Larkin says. “They see all the kids in the parking lot.”

Many of the children come on Wednesdays but don’t return for Sunday services.

“Some church members asked me what we could do to get the children back on Sunday,” Larkin says. “I suggested we shift our focus to how we could minister to them on Wednesdays.”

The church developed a children’s Bible study and engaged more adult volunteers. Now, adults almost equal the number of children in the program. “We feed them and we give them the gospel message and we love on them,” Larkin says. Recently, the church baptized another teenager who came to Christ due to the children’s program.

Last year as the church was renovating its building it considered purchasing new pews to increase the sanctuary’s capacity from 80 to 100. They cost $20,000. The church decided to buy used and budgeted $10,000. It was then a local resident—not a church member—stopped by Larkin’s office.

“She said, ‘I heard you’re looking to buy new church pews,’” Larkin says. She said she’d like to donate to that and handed him a $10,000 check. That and the budgeted amount allowed the church to buy the new pews. “I was overwhelmed,” Larkin says. “It was the exact amount. But, that’s how God works.”

What motivated the generous donation?

“She said ‘I appreciate what (the church is) doing with the children.’”

This year’s VBS attracted 50 kids, the same as last year when COVID-19 was a large concern. The church capped enrollment at 50 students and instituted virus safety precautions.  “It was refreshing to have VBS,” Larkin says. “The kids were so glad to be able to something normal again. The kids had been so closed off.”

In June, about 15 youth spent two days at Love Packages, a Butler, IL based Christian organization that recycles new and used Bible training and discipleship materials to overseas ministries. Around their work the students heard stories about international missions activities.

“It gets them involved in international missions without going (overseas),” Larkin says.

He describes New Florence Baptist, with Sunday morning attendance around 50, as a very giving congregation.

Besides ministering to children, the church opens its building to area families and community events. He’d like to see the church further its community involvement, and begin missions activities for adults.

Montgomery County has one of the highest methamphetamine rates in the state. Larkin would like to see men drawn from drugs to Christ, and then their families.

He’s involved in his local Twin Rivers Baptist Association’s efforts to establish church mission projects with Montana Baptists. “My hope is that we begin to have a partnership in Montana in churches.”