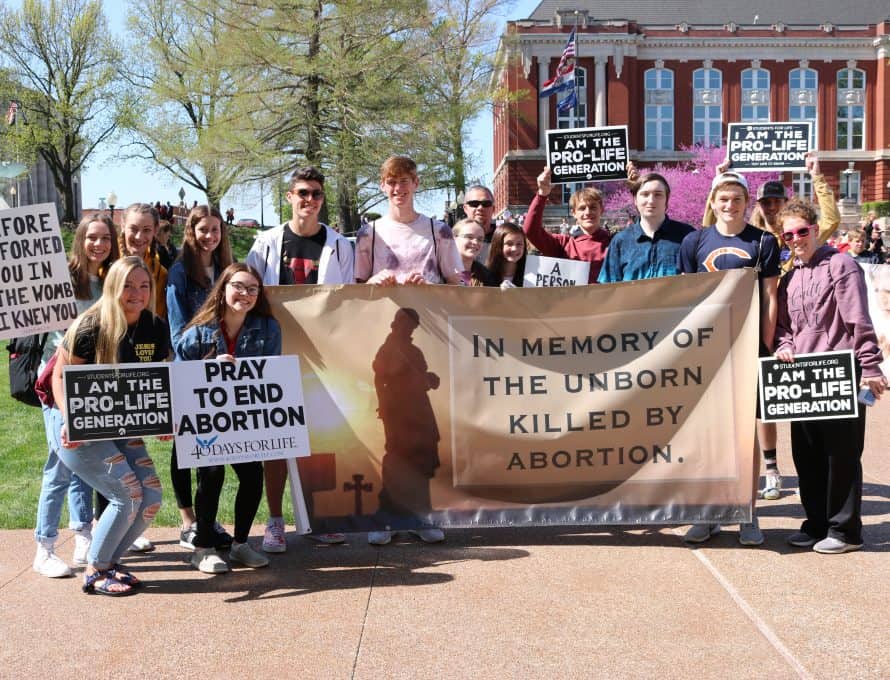 JEFFERSON CITY – High School students from the Fellowship of Christian Athletes group in Ashland represented their generation by advocating for the life of the unborn at the Midwest March for Life, April 14.

JEFFERSON CITY – Young people from throughout the state, both children and teenagers, represented the ‘pro-life generation’ during the Midwest March for Life here, April 14.

Highschoolers from a Fellowship of Christian Athletes group in Ashland displayed signs and a large banner “in memory of the unborn killed by abortion.”

Juliet Goodsell, the daughter to Pastor Matt Goodsell of Ashland Baptist Church, said the group wanted “to show support … and prove to young people the importance of standing up for life.”

Ashland high school teacher Wade Vandelicht, who also leads worship at Ashland Baptist Church, helped to sponsor the group on their trip to Jefferson City. He was encouraged that these students decided on their own to take part in the Midwest March for Life.  “They’re the future of the church,” Vandelicht said. “They need to catch the vision” for defending the unborn.