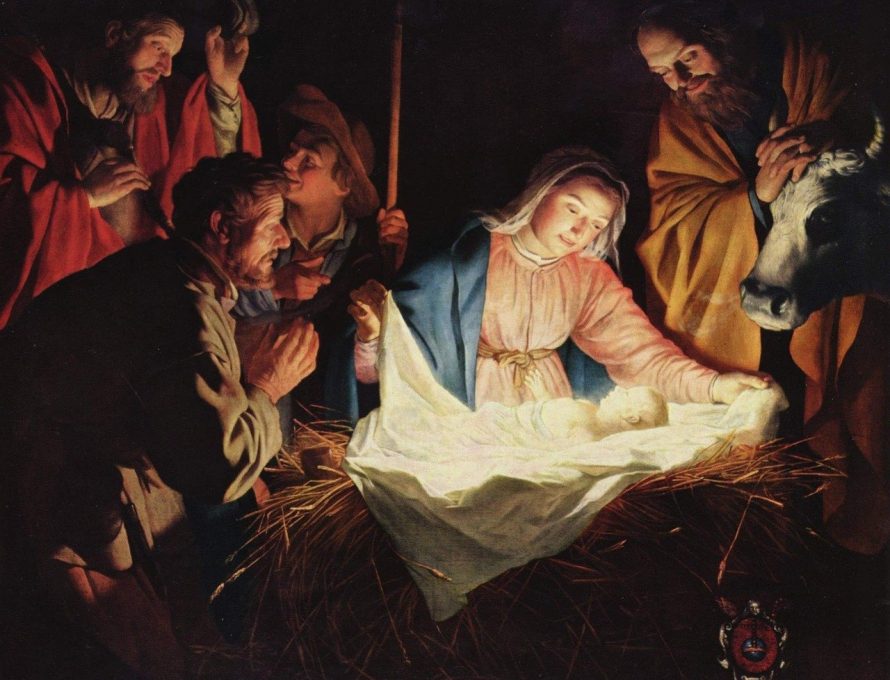 65 percent of American evangelicals confused about the Incarnation

JEFFERSON CITY – Though American evangelicals celebrate the birth of the God-man Jesus Christ during the Christmas season, many of them are confused about the nature of the Incarnation, according to a recent survey released by Ligonier Ministries.

According to their 2020 State of Theology survey, 65 percent of American evangelicals agree with the statement, “Jesus is the first and greatest being created by God.”

“That statistic is staggering,” Matthew Barrett, associate professor of Christian theology at Midwestern Baptist Theological Seminary, said on his Credo Podcast, (https://credomag.com/), Oct. 20. The statistic came up during Barrett’s conversation on the podcast with church historian Christopher A. Hall. By calling Jesus the “first and greatest being created by God,” these evangelicals are unwittingly “supporting one of the great heresies” in the history of the church, Hall said.

The heresy he refers to, now called “Arianism,” was first endorsed by a preacher named Arius, who lived from 250-336 A.D. Theologian Alister McGrath, in his book Heresy: A History of Defending Truth, says the “most fundamental Arian belief was that Jesus Christ was not divine in any meaningful sense of the term. He was ‘first among creatures’ – that is, preeminent in rank, yet unquestionably a creature rather than divine.”

The early church rejected Arius’ teaching as contrary to Scripture. Instead, responding to various heresies, they described the “Lord Jesus Christ” as “at once complete in Godhead and complete in manhood, truly God and truly man.”

According to Missouri Baptist Apologist Rob Phillips, this is the essence of the Incarnation. “By the term ‘Incarnation,’ we mean the eternal Son of God took on human flesh in the person of Jesus of Nazareth,” he said. “As such, Jesus is one person in two distinct but undivided natures: human and divine.”

Writing on his webpage, www.oncedelivered.net, Phillips describes 10 “essential truths” of the Incarnation, printed verbatim below:

Ten truths of the Incarnation

1. Jesus Christ is one person possessing two distinct natures: a fully divine nature and a fully human nature. Thus, Jesus of Nazareth may rightly be called the God-Man.

2. Christ is the same person both before and after the Incarnation. As the writer of Hebrews notes, He is the same “yesterday, today, and forever” (Heb. 13:8). The difference is that before the Incarnation, Jesus had but one nature (divine). In the Incarnation, He added a human nature, one that exists together with the original divine nature, which did not and will not disappear.

3. Through His divine nature, Jesus is God the Son, the second person of the Trinity, who shares the one divine essence fully and equally with the Father and the Holy Spirit. For example, when Jesus declares, “I and the Father are one,” He clearly means one in essence, not just purpose. The unbelieving Jews who hear these words get the meaning, for they want to stone Him for blasphemy (John 10:30-33).

4. Through His human nature, Jesus possesses and exhibits all the essential attributes of a true human being. He gets tired, hungry and thirsty. He feels pain, experiences abandonment, and dies.

5. Jesus, as one person, retains all the attributes of both natures. For example, through His divine nature He is omniscient, while simultaneously and voluntarily, through His human nature, He may lack knowledge.

6. The union of Jesus’ two natures is a true and personal union. In other words, it is not simply the indwelling of the divine presence in a human being, as is the case with Christians whom the Holy Spirit indwells. Rather, in Jesus, the divine and the human come together in one person. In essence, as Kenneth Samples points out, we may describe the incarnate Christ as two “whats” and one “who.” That is, Jesus possesses both divine and human natures (the “whats”) in one person (the “who”).

7. The two natures form a perfect, complementary union. The human nature of Jesus is never without the divine nature, nor the divine without the human. To deny the deity of Christ at any point in eternity is to undermine His eternal existence as the Creator and Sovereign. To deny the full humanity of Jesus at any point after His miraculous conception in a virgin’s womb is to refuse His necessary sacrifice on our behalf as the Word who became flesh (John 1:14).

8. Jesus’ two natures – divine and human – are distinct and inseparably united in one person. The two natures retain their own attributes or qualities and thus are not mixed together.

9. The human nature is not deified – that is, Jesus’ humanity does not become divine – and the divine nature does not suffer human limitations.

10. The word “nature” refers to essence or substance, and these two natures are inseparable, unmixed, and unchanged.

These truths, Phillips said, can help Missouri Baptists, especially during the Christmas season, better understand “the message of the Incarnation in which the eternal Son of God becomes flesh, adding sinless humanity to His deity, never relinquishing His deity nor abandoning His humanity.”

“These truths,” he added, “also assist us in separating biblical truth about the Incarnation from numerous heretical views that emerged early in Christian history, many of which continue today.”