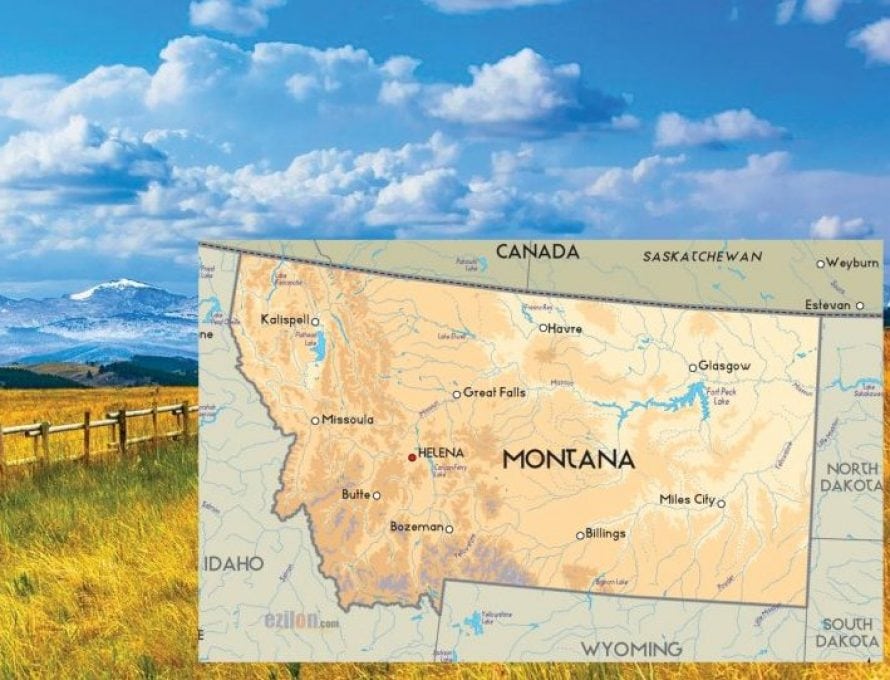 MONTANA. – The state of Montana, according to Missouri native and Pastor Jeff Cahill of Miles City’s Valley Community Church here is covered with beautiful mountain ranges, large ranches, and “wide open spaces,” but the state is also settled with lost people whose families have been unconnected with any church for generations.

EDITOR’S NOTE: During their latest meeting, the Missouri Baptist Convention (MBC) executive board recommended that the MBC enter into a seven-year partnership with the Montana Southern Baptist Convention (MTSBC), beginning on Jan. 1, 2021. Messengers at the MBC annual meeting will decide whether to move forward with the missions partnership during their annual meeting in here, Oct. 26-27. To read more about this partnership, click here.

MILES CITY, Mont. – The fall season for bear hunting opened in Montana, Sept. 15, and Pastor Jeff Cahill of Valley Community Church here couldn’t give up the opportunity for a hunt. Besides, it gave him the chance to connect with a friend who’d been attending his church.

“I’ve never killed a bear,” Cahill said, “and it’s a unique thing in eastern Montana to be able to kill one. They only allow eight to be killed in the fall.” Cahill’s friend knew of a spot on his national forest allotment where bears would likely forage, so the possibility of seeing one wasn’t bad. “So we hunted till we were exhausted – or at least I was,” yet again he didn’t get his bear.

But the day didn’t end with the bear hunt. Afterward, Cahill helped his friend with his cows, taking a small airplane to check the water tanks across the acres of ranch land spread out below them. Then, after catching site of a wildfire, they jumped in a truck equipped with a water pump to help other ranchers in the area put out the fire, if possible.

“It was such a rough area,” he said, “that we basically stood around and watched it burn until we decided there wasn’t much we could do until it got out in the open.”

“I left the fireline and got home about 12:30 a.m. and got to bed by 1:00,” he added. Then, at 4:00 that next morning, he got his horse and drove to a “neighbor’s” ranch – roughly 90 miles from his own ranch – to help a friend check his cattle. Then, after a full day, he returned home and cleaned himself up before his church’s Wednesday night AWANA program.

In 2006, Cahill and his family left Chillicothe, Mo., where they were members at Highview Baptist Church, to join the work that God is doing in the “Big Sky Country” of Montana. Earlier, during a short term mission trip to Wyoming, they “fell in love with the big sky and the missional atmosphere of the churches,” and they knew they wanted to minister out West.

The Rocky Mountains cut along the western half of Montana – well known for the breathtaking panorama, for example, of Glacier National Park. But the mountains end in eastern Montana. Instead, this region of the state stretches out into “big, wide open spaces,” Cahill said – high, dry plains where it can take 30 acres to raise a single cow.

But, as Cahill has discovered during the past 14 years of ministry in eastern Montana, the spiritual landscape here is no less dry than the wide open grasslands. Cahill said most people have Catholic or Lutheran backgrounds, and many families haven’t been involved with any church for generations. Some have never heard of David and Goliath or other basic Bible characters.

“What we find,” he said, “is totally unchurched people.”

When they settled in Miles City, a town with a population of roughly 8,500 people, Cahill and his wife, Michelle, planted themselves in the community. They put their two children in the local schools and began to take part in the ranching community. As a result, Cahill isn’t only a small town pastor, since he also tries to reach out to ranchers and other people spread wide across his region of the state – much like circuit riders did in the Old West, he said.

Cahill’s investment in the ranching community also means that some weeks will involve not only AWANA programs, pastoral counseling and preaching – but also cattle handling, fire management and, yes, even bear hunting.