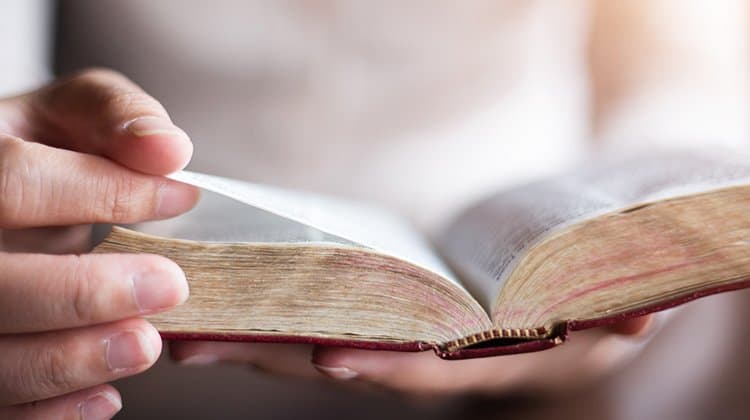 Fiction writers like Dan Brown (The DaVinci Code) and popular scholars like Bart Ehrman (The Orthodox Corruption of Scripture) have convinced many people the New Testament is unreliable.

We are led to believe that Emperor Constantine determined the New Testament canon in the fourth century; that Christian leaders, vying for power, changed the Gospels to suit their personal agendas; and that amateur copyists butchered early New Testament manuscripts.

If these charges are true, the Church today is built on the shifting sands of legend, power, and political expediency.

Fortunately, the case for the reliability of Scripture is stronger today than it has ever been, thanks in part to a 2018 Faithlife film, “Fragments of Truth.” In the film, Craig Evans of Houston Theological Seminary takes us on a global journey through time and texts.

Evans addresses the issue of textual integrity head on. He interviews renowned Bible scholars and tells us the stories behind discoveries of ancient New Testament texts. The film is available through online retailers like Amazon and through Christian booksellers, but a few highlights are worthy of note.

Specifically, Evans provides several reasons we can read our Bibles with the highest degree of confidence.

Copyists in the first several centuries of the Church were not rank amateurs, as some suggest. For the most part, they were professional scribes who took their work as seriously as their reputations.

Scribes were paid by the line, and they were not necessarily Christians. And as Evans points out, when we look at the nearly 5,800 surviving Greek manuscripts of the New Testament, we are hard-pressed to find any manuscripts in which a scribe changed the text with any consistency at all – whether in an orthodox direction or an unorthodox direction.

Mistakes in early papyrus copies are mostly misspellings, which are fixed in the next generation of copies. And because there are so many copies to compare – some 2.5 million manuscript pages – it would have been virtually impossible for any person, or any group or collaborators, to tamper with one manuscript without rewriting all of the copies in circulation across the known world at the time.

Second, textual variants in these copies do not change their meaning or message.

Dan Wallace, executive director of The Center for the Study of New Testament Manuscripts, says there are two key questions to ask with respect to textual variants. First, is the variant meaningful? In other words, does it change the meaning of the text? Second, is it viable? That is, does is possibly represent the original?

Wallace notes that a mere 0.2 percent of textual variants in ancient New Testament documents are both meaningful and viable, and 70 percent of those are merely spelling differences.

Out of some 20,000 lines of ancient text, only 40 lines are in doubt, and none of these involves a significant Christian teaching. Wallace notes that even Bart Ehrman, author of numerous books denying the reliability of Scripture, is forced to acknowledge that truth.

Even the two greatest variants – the last 12 verses of Mark’s Gospel and the story of the woman caught in adultery in the Gospel of John – do not undermine the teachings of Jesus or the record of the early church. Jesus still forgives sins, and the ending of Mark seems to draw largely from the writings of Luke.

Third, the originals may have survived 150 years or more.

This is the most significant revelation in the film. Originals, or autographs, typically were penned by a scribe and signed by the author – thus the word “autograph.” But there wasn’t just one original. Normally there were two or more, one for circulation and another for safe keeping. This means we very likely had two, or perhaps more, originals of the New Testament texts, helping ensure their survival.

Evans noted that archaeology and manuscript discoveries reveal that ancient manuscripts were in use for 150 years or longer before being discarded. For example, at  Oxyrhynchus, Egypt, half a million ancient manuscripts, including portions of the Old and New Testaments, were unearthed in the late 1800s and early 1900s. In stratigraphic tests of the ground at the dig site, researchers found that literature was in use 150-200 years, sometimes 300-400 years, before being discarded.

The implications for the New Testament are profound. If the Gospels and other New Testament books were written in the mid-to-late first century, and if they survived  at least 150 years, then there is continuity between the autographs and the earliest manuscript copies, which date to the second and third centuries.

In support of this view, Evans cites the writing of church father Tertullian in AD 190 as he responds to heretics who changed Paul’s letters. Tertullian notes that Paul’s originals still exist and may be consulted.

Evans further notes that Peter, Bishop of Alexandria, in defending the Gospel of John early in the fourth century, writes, “The copy itself that was written by the hand of the Evangelist … has been preserved in the most holy church of Ephesus.”

Evans concludes: “The burden of proof has shifted away from those who say the text is stable. The burden now rests heavily on those who say we shouldn’t trust the texts.”