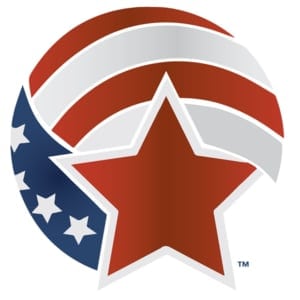 JEFFERSON CITY – Missouri is well acquainted with the American Renewal Project, which has visited the state seven times in the last seven years. It has significantly raised the awareness of America’s Christian heritage among the state’s pastors and lay leaders, while encouraging the same to aggressively engage the marketplace of ideas – especially when it comes to public policy and to the extent of even running for office.

As the state’s 100th General Assembly ended its work here, May 17 by passing one of the nation’s strongest pro-life bills, two Missouri Southern Baptist preachers were counted among members of the House of Representatives. Both were greatly influenced by the American Renewal Project.

As he took his oath of office, Doug Richey – pastor of Pisgah Baptist Church, Excelsior Springs – reflected on the historic moment. Not only was this year the 200th anniversary of the General Assembly’s existence as a legislative body, but it was also the 100th year that the Assembly has been seated in Jefferson City.

Yet, only a few years earlier, Richey never would have imagined serving in this position. “My expectation was that because I was a pastor, I could never do anything like this,” he said.

Nevertheless, over time, God convicted him to practice what he preached and The American Renewal Project affirmed that conviction.

“I have so long preached and attempted to lead by example the value and the need for God’s people to be engaged in all aspects of life and in every venue,” he said. By 2016, he was no longer comfortable proclaiming biblical truth only to those already convinced of these truths. He knew he must “jump into the arena” and by God’s grace “be an example of what it looks like for a Christian to be involved in public service … with all the difficulties that come with that.

“The circumstances facing today’s generation compelled me to serve my neighbors by becoming a member of the Missouri House of Representatives. The risks associated with public service required me, as a pastor, to prayerfully consider the dynamics of this political responsibility.  I found the American Renewal Project to be both informative and affirming regarding my role as pastor and legislator.”

Ken Wilson, a longtime public servant and pastor at New Hope Baptist Church, Princeton, agrees that “it is absolutely critical” for Christians to serve in public office and he appreciates the American Renewal Project’s important role in driving home that message. 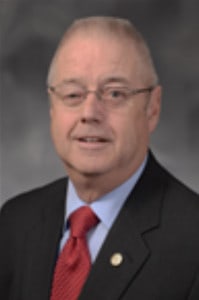 “All authority is God ordained,” he added, expressing a truth he’s tried to abide by during 30 years of public service. “All authority is in position because God allows it. It is a stewardship. It is always temporary, and you are always accountable.”

Having previously served as a police chief and now as a chaplain for the Republican caucus, Wilson also realizes the importance of Christian humility and an open ear.

“Men of faith must get involved in public policy,” he said. “We need to set the example. The pulpits have been silent and it must stop. The American Renewal Project encourages pastors and leaders to step out. For too long, people have not gotten involved because they don’t think they can or don’t think they should. But the American Renewal Project debunks those notions.

“I was very impressed with the speakers, the material covered and the genuineness of everyone involved with The American Renewal Project.”