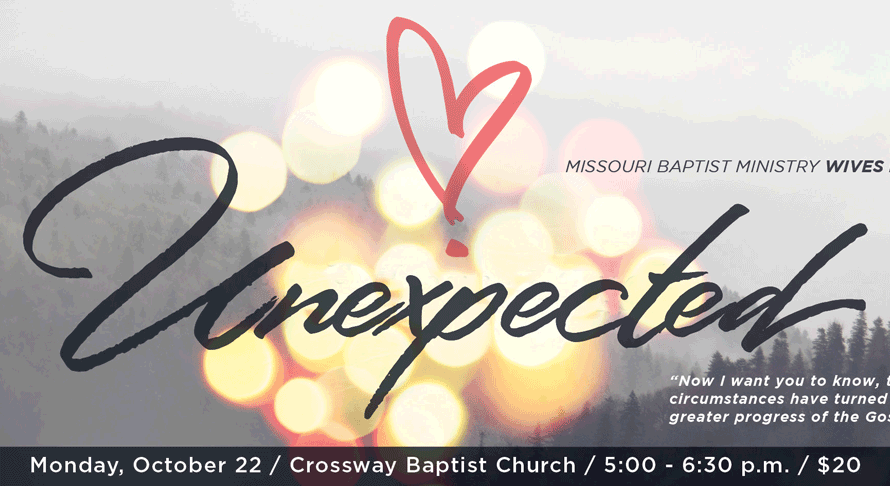 SPRINGFIELD — When a surprise pregnancy pushed back Rich and Lisa Finch’s calling to serve as missionaries to West Africa not just once, but twice—that was exciting, but unexpected.

Then several years later when Finch received the news that she did, in fact, have breast cancer, while she was on mission teaching English to Muslim children in West Africa—that was very difficult and definitely unexpected.

And then earlier this year when Finch learned that her dear friends and missionary mentors, Randy and Kathy Arnett, had been killed in a car crash in the Congo just moments after she had spoken with them—that was heartbreaking and most certainly unexpected.

“We were all talking together and Randy started talking about their retirement date in 2020,” said Finch, missionary to Sub-Saharan Africa with the International Mission Board. “He laid out the possibilities because he was a planner. But then Kathy, in all her wisdom, said, ‘If we are even around.’ She had a sense that it’s better to hold things lightly in your hand for the unexpected. A short time later, they both were in the presence of the Lord.”

Finch was the keynote speaker at the 2018 Ministry Wives’ Dinner held in conjunction with the Missouri Baptist Convention (MBC) Annual Meeting at Crossway Baptist Church here. Sandee Hedger, wife of MBC Multiplying Churches Catalyst Rick Hedger, coordinated the dinner that brought more than 70 Missouri Baptist women together to enjoy a delicious meal of Italian chicken and fettuccini, as well as a word from the Lord.

This year’s theme, “Unexpected,” is based on Philippians 1:12 where Paul writes: “I want you to know, brothers (and sisters), that what has happened to me has really served to advance the gospel…”

“Lisa’s life has been marked with the unexpected from the beginning,” Hedger said. “We all have unexpected things happen in our lives and no, we didn’t see them coming, yet we are called to navigate through for the glory of God and for the advancement of the gospel.”

After dinner, Finch recounted her battle with breast cancer and her 13-1/2 month journey through chemotherapy, radiation and surgery.

“I was 40 and wasn’t expecting it, but God worked in it anyway,” she said.

They were in West Africa during that time and they had a house helper who expressed her concern regarding Finch’s health. Their helper and friend prayed for Finch with a fellow mission team member and then went home and had a vivid dream.

“In her dream she heard the voice of God telling her that I would be fine, but that she needed to get her sins forgiven,” Finch said. “She gave her life to the Lord soon after that and, though she was scared of water, she was baptized. That was a clear testimony to everyone who knew her, including her husband.”

Hedger said Finch’s heart-felt testimony, matched with the sweet fellowship and support from the Cooperative Program and Crossway Baptist Church, made this year’s Ministry Wives’ Dinner a success.