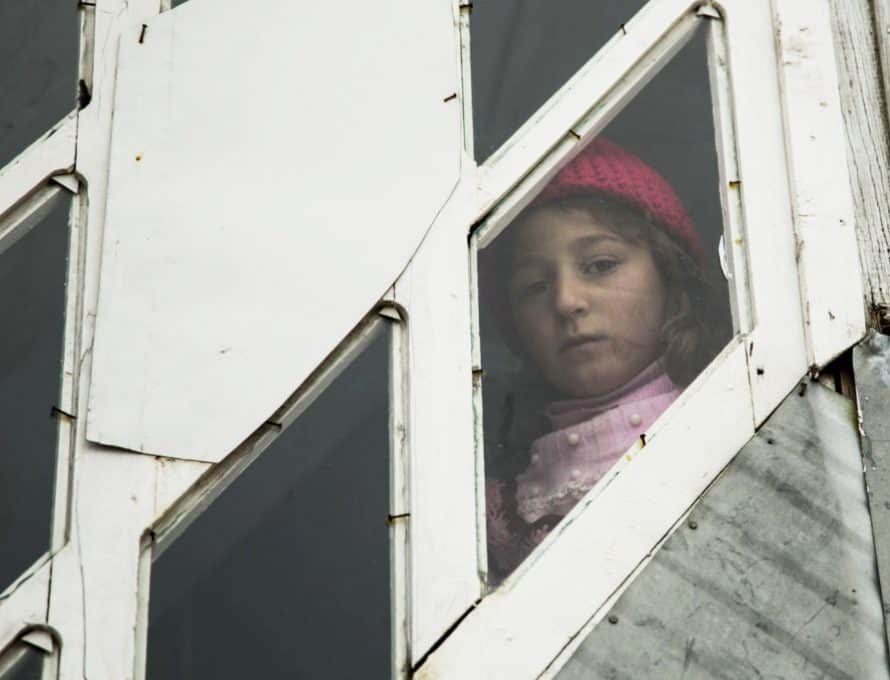 CENTRAL ASIA – A young Xinaliq girl gazes out the window of her house. The Xinaliq are a North Caucasus people who reside in northern Azerbaijan. The Caucasus Mountains in Central Asia are largely unknown to the praying world; yet within these vast and beautiful mountains, some of the earth’s most unreached peoples live in oppressive spiritual darkness. IMB Photo

CENTRAL ASIA – Two years ago, Defne* got her hands on a Bible. The love of a Father-God attracted her — it was foreign to anything she had ever experienced in her 22 years of life. Abandoned by her parents, Defne grew up with her grandmother and the constant reminder that no one wanted her. No one loved her, that is, until she met Jesus.

When Defne found out about a church of Central Asian believers in a nearby town, she boarded a bus and suffered through a two-hour ride. The believers were confused by the presence of the reserved young woman. Slowly the church learned that Defne had professed faith in Christ but didn’t have any fellowship or discipleship in her town because she was the only believer.

The church folded her in, discipled her on Sundays before she boarded her bus home, and led her through mid-week Bible studies on the phone. Last summer, Defne was baptized. Tears of joy shone on her face as she rose from the water.

Bold in her faith, Defne shares openly on social media and with her friends and family. One cousin baked a cross-shaped cake to celebrate her baptism. They set it out near the street to share with the neighbors. Defne’s grandmother, however, refused a piece of cake.

Defne continues her four-hour roundtrip commute as a faithful member of the church and teaches children’s Sunday School. Yet her life is still difficult. Struggling with depression and self-confidence, she admitted herself into a hospital for a short period because of suicidal thoughts. The only thing she took with her was her Bible—she knew she needed it even when people mocked her.

Please pray that God will sustain believers like Defne who face isolation in their families, towns, and villages.

Central Asians are found in 52 countries around the world. Most of them have no knowledge of biblical Christianity. They are unaware that the gospel is good news. Your gifts through the Cooperative Program and the Lottie Moon Christmas Offering® support Southern Baptists who live in Central Asia to share the gospel with people like Defne who have never heard about God’s love. Your gifts allow them to support new believers as they grow in their faith. Thank you for giving.