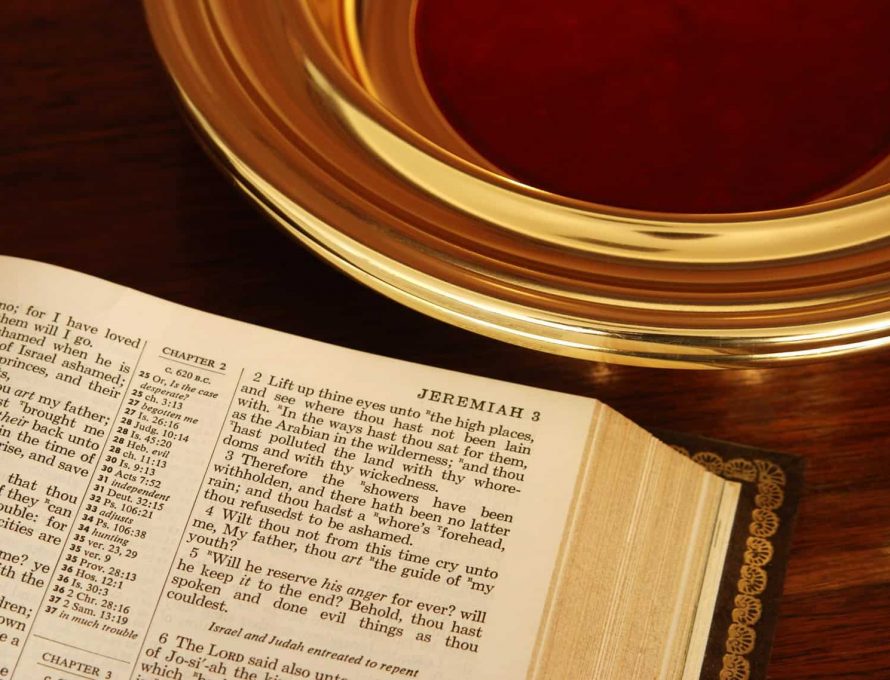 NASHVILLE, Tenn.— When it comes to charity, a personal touch works 10 times better than Facebook – at least for churchgoers.

A new report from Nashville-based LifeWay Research found more than half of Protestant churchgoers say a personal connection inspired them to give money to a charity for the first time.

Social media such as Facebook inspired only 4 percent of similar donations.

Three-quarters of churchgoers support at least one charity besides their church. Almost half do volunteer work. A similar number changed the charities they support.

Churchgoers like to give—and to get involved, said Scott McConnell, executive director of LifeWay Research.

“The question is, where will churchgoers give this year? The answer lies in having a personal connection,” McConnell said. “It turns out charity really does start close to home.”

The nationally representative study asked adults who attend a Protestant church at least once a month to look at their charitable giving from 2016. 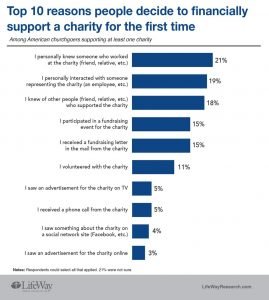 Sixty percent of those churchgoers gave to the same number of charities in 2016 as they did the previous year. Fifteen percent gave to more charities. Eight percent gave to fewer, while 15 percent were not sure.

Among those who donated to charities, 49 percent made changes in which charities they supported in 2016. This included about a third (31 percent) who gave to a charity they’d never supported before.

Most donors support a few charities

LifeWay Research also asked churchgoers how many charities they gave to last year, aside from their local congregation. Those charities could be religious or non-religious. The donations could not be property or volunteer time.