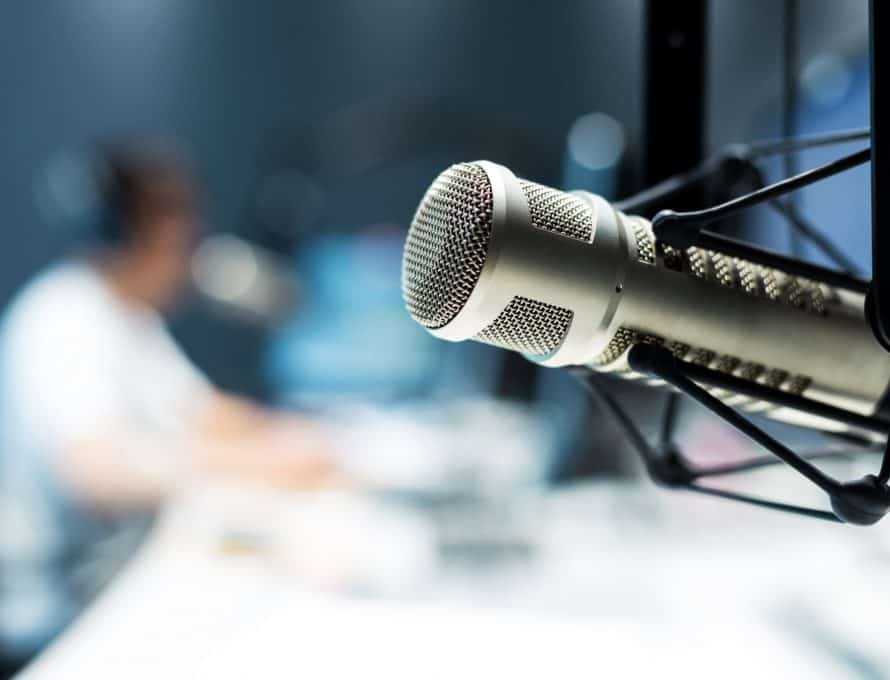 NOEL – Three years ago, Josh Manning was a manager at Walmart. His career was going smoothly, and planting a church wasn’t on his radar. Neither were refugees. The idea that he might have a half-hour radio show was ludicrous. And yet because of God’s calling, all those things have changed.

Regular church attenders at a nearby Buffalo Creek Baptist Church, Manning and his family decided their lives were going to be different. They ended up in Noel, deep in the southwest corner of Missouri, one mile from Arkansas, and less than five from Oklahoma. He has been pastoring Community Baptist Church there since September.

The church is a replant of what was a dying church, with a single family left. When Buffalo Creek and Manning asked the lone church elder if they could close the church for six months to allow Manning a chance to prepare, he replied that they couldn’t close, because the “K People
Group” who were taking English classes there would stop coming.

That was the first time Manning realized the new replant might not look like what he imagined.

“It’s all very new to me, but it’s where God put me,” Manning said.

Less than a year later, the church runs 80, and is 50 percent Burmese. On a typical Sunday, six different countries are represented – some of them can’t be named for security reasons – and Manning speaks through an interpreter.

“We have Hispanic people, and a woman from Laos,” he said. “You name it, we got it.”

These immigrants – many of them refugees – came to Noel to work in the local Tyson poultry processing plant. The church continues to host an English class for 60 students through a local college, which has yielded at least two professions of faith in Jesus. What was once an all-white community is now populated with many pockets of various immigrant groups.

“We’re tearing it up,” manning said. “I don’t have the slightest idea what I’m doing, but that hasn’t slowed us down yet.”

Manning dove head-first into the refugee communities. He stepped down from his job as manager and took the lowest-ranking job at Walmart stocking groceries, working just enough hours to maintain his family’s insurance. The rest of the time, he’s pouring himself into helping the refugees adjust to their lives in the United States. Slowly but surely, he and the church are  helping them see the love of Jesus, even if that means driving them to doctor appointments on helping them learn to read and write.

Many of the people of Community Baptist Church come from Buddhist and Muslim backgrounds, and others are heavily influenced by Mormonism and Jehovah’s Witnesses. Manning said that many of the people, even those who have been Christians for a long time, are “baby Christians” who are easily swayed by other beliefs. Others fear for their lives because they’ve turned their backs on their traditional, cultural religion and refuse to been seen in public with Manning.

Another issue is with the resistance of the Caucasian population of Noel.

“You’ve got eleven languages spoken in a town of 1,800 people and it’s all very segregated where each people group only associates with their own people,” he said.

On the Air Waves

As part of his drive to bridge that gap for the gospel, he noticed there was a lack of desire to do anything about the refugees’ situation, or at the very least, an absence of awareness.

“Largely, they’re rejected,” he said. “Because of all the vastly different cultures they come from, it’s very difficult to get the white population to help out. I had a flash of lightning in my head – I don’t know if it was God or something that I ate –  that I am supposed to be on the radio. I know nothing about radio. But then again, I don’t know anything about preaching, and I’m doing that.”

So Manning called the Christian talk radio station in nearby Grove, Okla., KWXC, and explained he’d like to host a 30-minute program once a week talking about the immigrants and refugees in the area. The station manager was fine with the idea. In fact, his son is an English teacher in Thailand teaching people from the same ethnic minority that make up much of Community Baptist Church. And he was home visiting his parents at the time.

“There, sitting in the living room was a man working with the same people group I’m working with,” he said. “They helped me a great deal.”

But airtime isn’t free. Manning was able to get a Next Step grant from the Missouri Baptist Convention, a program that helps church planters find innovative and new ways to help get their churches over the hump as they reach out into their communities. It is funded through the Missouri Missions Offering. That helped him buy the airtime in Grove on Sunday evenings starting early this year, and he started April 7 on KNEO out of Neosho at 3 p.m. on Saturdays.

Manning gives a ministry update, then gives a short, simple Bible study. He periodically interviews the people from his community he’s trying to serve.

Some of them have escaped persecution in their home countries, even as their families were murdered and imprisoned.

So while he’s also heard of interest from a radio group with 39 stations from Pennsylvania to Louisiana, finances don’t yet allow for the expansion. Regardless, Manning and his family continue to work to bring all parts of the Noel community together for the sake of the gospel.