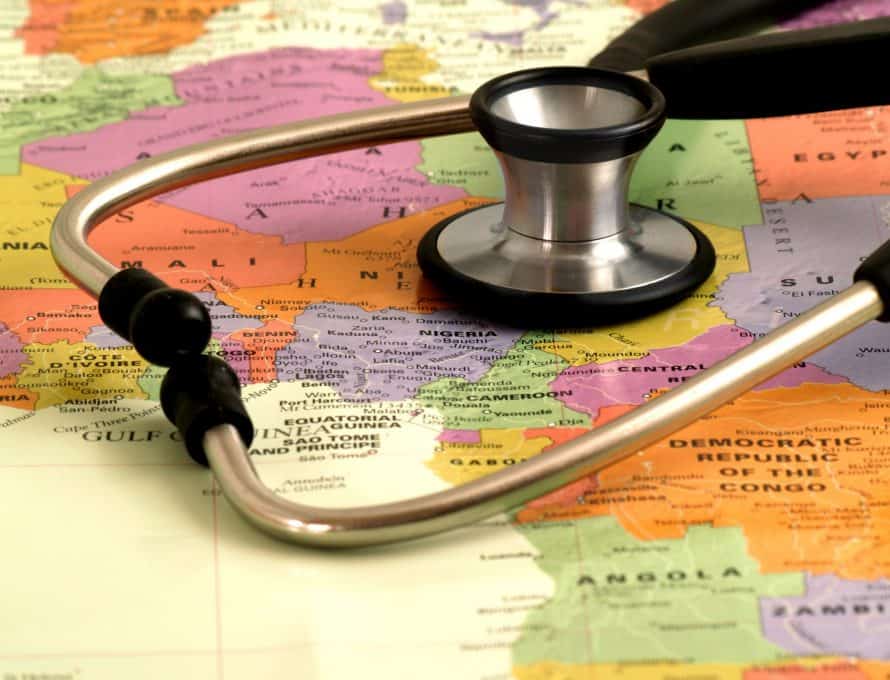 LEBANON – Doctors are called to take care of their patients, but one Missouri doctor’s passion has made patient care possible all over the world.  Over the last twenty years, Dr. Jeff Bond has gathered medical supplies and shipped them to hospitals in South America, Asia and Africa. God has used this ministry, whose impact is not diminished by the fact that it has no official name, to provide care, save lives, and even open up an entire wing of a children’s hospital in Nepal.

The story began in 1998 as a new hospital was being constructed here in Lebanon. The brand-new facility was adorned with the latest medical equipment, while the old facility was stocked with equipment that was still functional, but not necessary in the new facility. Dr. Bond and his wife Eva had been on several medical mission trips and seen first-hand the need around the world. They looked at the supplies and saw an opportunity. He began rummaging through closets and storage rooms and gathered up anything he could find that was still useful. The items he found ranged from bedding and bottles to high-dollar medical equipment.

“The hospital was full of equipment that was not good enough for the new hospital, but too good to throw away. For example, the old hospital had an MA-1 ventilator that was very useful in other places,” said Bond, who attends Heritage Baptist Church, Lebanon.

After gathering several pallets full of supplies, Bond passed them on to World Medical Mission, who used the items to stock hospitals around the world. The MA-1 went to a hospital in Brazil.

“When I last checked, it was still in use there,” Bond said.

That initial project has become a twenty-year journey. Dr. Bond continues to collect and send supplies gathered from care providers who are forced to discard items that are still useful. This includes linens, beds used by homebound patients, and equipment that is outdated. Bond has even made relationships with service organizations, like the VFW, who save medical equipment like wheelchairs and crutches for their members, but over time stockpile more than they need. Bond is able to collect equipment on a regular basis.

“I get a call about once a week,” Bond said.

He arranges the smaller items, which include everything from pill bottles to bandages, in cardboard boxes, and then loads the boxes onto pallets. He also stores larger items such as physical therapy supports, beds, braces, and IV stands. When he collects about 40 pallets worth of material, he passes it on to his ministry partners, which have been many over the years.

“One shipment went to a children’s hospital in Nepal,” Bond recalled. “Due to a shortage of supplies, the hospital had to close down their orthopedic wing. When they received the supplies, they wrote to us and told us they were able to reopen the entire wing with the supplies sent from Lebanon.”

“We also know of equipment that has gone to Angola, Zambia, Brazil, and Sierra Leone,” Bond said.

Bond noted that those who run mission hospitals are some of his spiritual heroes. In many places, the care that is provided and the equipment that makes it possible is the difference between life and death.

As Bond harvests supplies, he can’t help but consider how God will use it.

“I believe in the sovereignty of God,” Bond said. “The first time we had someone donate a prosthetic limb, I didn’t know who that was intended to help, but I believe God had a plan. Every time we receive a new piece of equipment, I wonder what God has in mind for it,” Bond said.

“If we are faithful with a little bit, it will astonish us to see what God will do.”