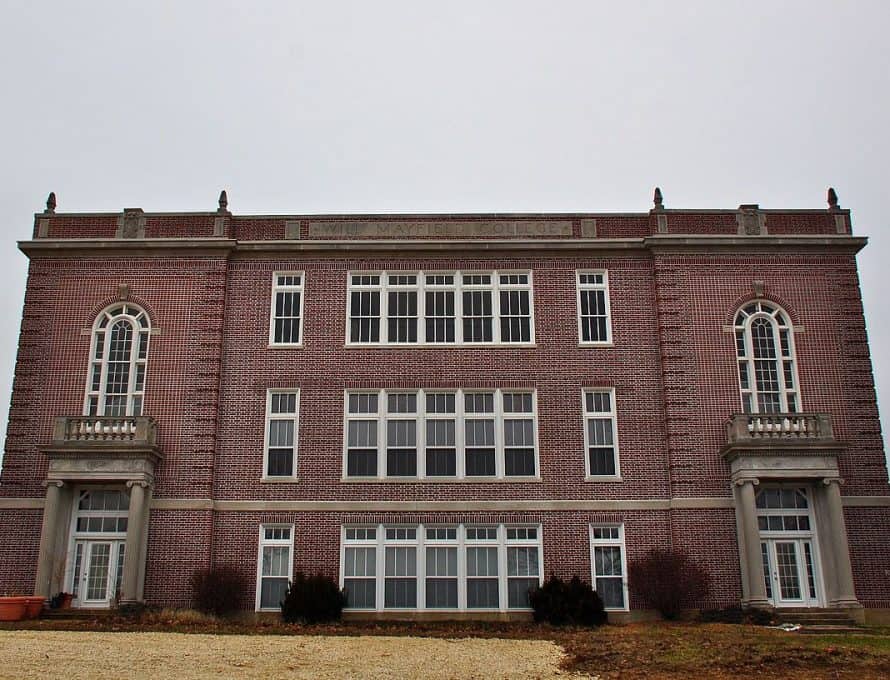 EDITOR’S NOTE: This is the seventh of several articles commemmorating Baptist history in Missouri, written by members of the Missouri Baptist  Convention’s Historical Commission.

I have pastored in Southeast Missouri for over fifty years. I grew up in Jackson, MO and united with the First Baptist Church when I was twelve. Our R.A. (Royal Ambassador) group would visit the old cemetery at the Old Bethel location. I had heard much about Old Bethel. I knew that Old Bethel was the first permanent non-Catholic church west of the Mississippi River, organized in 1806.

Later it became clear to me that Old Bethel had its Judea (part of the Great Commission) in the surrounding area. Eventually, it would include the counties of Cape Girardeau, Perry, Ste. Genevieve, Bollinger, St. Francois, Wayne and Madison.

Old Bethel was very missionary minded in its early days. Travel was slow, and so, as the population grew in this area of what was to become Missouri, groups would organize and form new churches. No less than 59 churches could trace their beginning to Old Bethel.

These churches supported foreign mission work and home missions, but there was no place of higher education under the Baptist banner in the area until 1878.

Later I got acquainted with Rev. A. C. Rudloff of Minnith, Missouri who had retired from Walnut Ridge Baptist College in Arkansas. He too had some interesting stories to tell about Will Mayfield College.

The school began as Mayfield-Smith Academy in Sedgewickville, MO in 1878. It was founded by William Henderson Mayfield with support from Dr. H. J. Smith. Mayfield believed that the school was an answer to “the low grade of educational interest in Southeast Missouri and the great lack of moral and religious culture.” The new school received the support of the St. Francois Baptist Association. In 1880 the school moved to Marble Hill, as small county seat town in Bollinger County. The new campus was in a beautiful location with “pure water” and “beneficial zephyrs.” In addition, it was thought to be free of the vice associated with larger towns. The first main building, Academic Hall, was completed in 1885. In 1903, the name of the school was changed to Will Mayfield College in honor of William Henderson Mayfield’s son, Will, who was a graduate of Mayfield – Smith Academy and who had died the previous year at the age of 20. The Arts and Science building is a two-story brick building. It has classical Revival details and was completed in 1927.

The 1927 Ozark Glory shows a total enrollment of around 113. The College division had 71 enrolled, 21 sophomores, and 50 freshmen. The Academy had 42 enrolled. The list of faculty shows that the curriculum was traditional, English, mathematics, physics, zoology, languages and history. The college had two literary societies, and it offered a glee club, and had both, public speaking and debating opportunities. The students participated in academic organizations and two different organizations for religious activity.

Southeast Missouri State’s “Almost Yesterday” series notes, “Graduates of Will Mayfield College generally became teachers and administrators, and the college consistently claimed that there were more teachers in Missouri with Will Mayfield diplomas than from any other state college.”

Despite the low enrollment, Will Mayfield was able to play competitive football though they were on the short end of two historical beatings, 110 – 0 to Missouri Normal (Southeast Missouri State) in 1916, and 119 – 6 to Murray State in 1928. Three 1926 opponents now play NCAA Division 1.

Will Mayfield College permanently ceased operations in 1934 due to financial reasons. A 1926 fire destroyed the women’s dormitory, and the Great Depression both cut into Will Mayfield’s funds and enrollment. After a temporary closure in 1930, the college closed for good in May 1934.