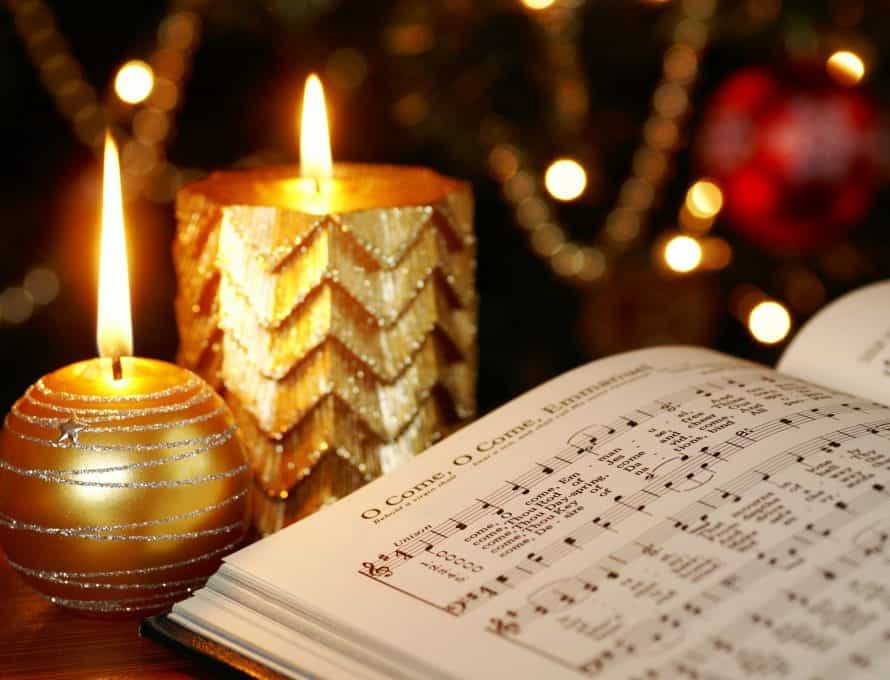 I was in fifth grade when my mother, who is now a 50-year-plus member of the First Baptist Church choir in Monticello, Kentucky, was singing in the Community Christmas concert at the large Nazarene church in our town. There were over 120 choristers; and for our small town, that was a huge deal.

Mama Lela (grandma), my Dad and I were in the congregation. There was definite electricity in the air that night in worship. There came a point in the service when my Uncle Norman, who directed the massed choir, turned to the congregation to sing “Angels We Have Heard on High”, congregation along with the “centurion” chorus.

Mama Lela is a fervent worshipper; though she passed on nearly thirty years ago, she is now worshipping in His presence. My sweet grandmother taught me to sing congregationally with abandon, however Dad was not. Yet he was quite moved by the performance and the overwhelming Spirit that night. “…what the gladsome tidings be, which inspire your heavenly song”. I took a huge breath for the famous melismatic Latin chorus, which we translate as Glory to God in the Highest or “Gloria in Excelsis Deo,” known academically as the “Doxologio Major”, when I saw my father’s mouth start to open in time to the music. He was going to do it. He was going to belt out the chorus with Mama Lela and me.

A deep, loud almost unintelligible sound came from straight behind us. Almost subsonic in nature, the voice sang “Gloria” with an impressive gusto that was approximately an octave-and-a-note below the melody. My father’s mouth snapped tightly shut. Dad was not a singer, but he was not tone deaf either. He later confided to me that he was embarrassed for the fellow, but didn’t want the off-key basso profundo’s voice to be mistaken for his own.

We can be sensitive in our maiden voyage of corporate worship. Case in point, my dad dropped anchor before ever leaving the dock. He allowed this opportunity of adoration to be taken from him, and dad remained for that beautiful moment of Christmas worship, a spectator. What dad didn’t know is that Jesus, like now, is waiting for us to sing to Him on His birthday.

Here’s a statement that may evoke an e-mail; despite lyrics of the afore-mentioned great carol, by a man with a great name, John Francis Wade. The angels announcing Christ’s birth to the shepherds did not necessarily sing. Most translations agree on the thirteenth verse of Luke 2 – “Suddenly there was a multitude of the heavenly host with the angel, praising God and saying…..” (HCSB)  In checking over twenty translations, only the New International Version and The Message referred to what the angels did that night as “singing.” Even “Today’s New International Version” corrects its predecessor, the NIV, and says “praising God and saying ‘Glory to God in the Highest.’”

Whether or not angels sing is still irrelevant to this conversation. Only we can sing to the Lord the “Song of the Redeemed” (Revelation 5:9, 14:3). It is our duty to do so. The early Baptist theologian, John Gill, even declared that it is the duty of all mankind (saved or unsaved) to sing to the Lord. Christmas is a wonderful time to perform this sweet task.