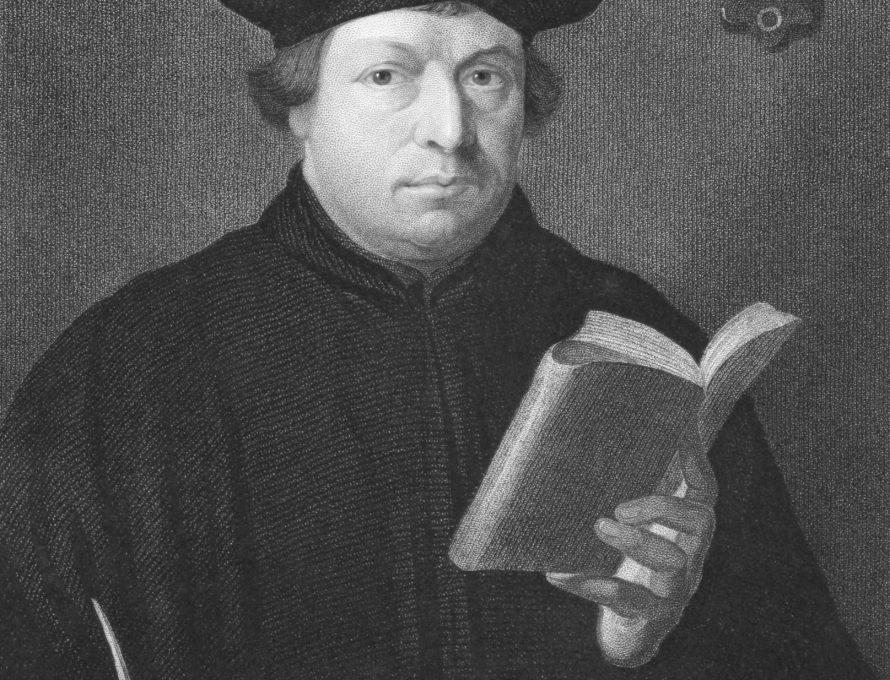 EDITOR’S NOTE: This is the final column in a year-long series leading up to the 500th anniversary of the 16th-century Reformation on Oct. 31, 2017.

During the spring of 1521, the German Reformer Martin Luther stood alone before the most powerful men in Europe and declared that, no matter the consequences, his conscience was bound to the Word of God. And on this Word he would stand.

Shortly after making this famous “Here I Stand” speech at the Diet of Worms, Luther was condemned by both church and empire for his alleged heresies. Yet he was fortunately whisked away by friends, who placed him in hiding at the Wartburg Castle. He lived here for a year, all the while pouring forth books in support of the gospel he preached.

As legend would have it, Luther once threw an inkwell at the devil during his stay at the Wartburg Castle. Although the account is purely fictional, it contains a nugget of truth, since Luther believed in the power of pen and ink to fight evil.

“Satan hates the use of pens,” he said.

Perhaps, however, it’s time to change the legend of Luther and the inkwell. For it seems more fitting for Luther to throw not an inkwell, but a printing press, at the devil. After all, according to historian Andrew Pettegree, Luther turned Europe’s struggling print industry into a major boon for the Reformation cause. During the 1520s, according to historian Alec Ryrie, Luther alone “was responsible for over a fifth of the entire output of pamphlets” to come off of German presses.

In his book, Protestants: The Faith that Made the Modern World, Ryrie argues that the notion of “free inquiry” so fundamental to journalism derived from Luther’s Reformation.

“Protestants stumbled into this (notion of free inquiry) slowly and reluctantly, but Luther’s bedrock principles led inexorably in that direction,” Ryrie claims. Over time, the radical Protestant “notion … that religious difference and free speech ought to be accepted as matters of principle, rather than merely tolerated as unavoidable necessities … became a new orthodoxy.”

In an age of “fake news,” when secular presses too often cut down God’s truth, it can be a shock to remember these Christian roots of journalism and the free press. Yet, for decades, Christian journalist Marvin Olasky, editor-in-chief of World magazine, has reminded us that even America’s earliest newspapers were once Christian. Perhaps surprisingly, The New York Times itself was established in 1851 by a Bible-believing Protestant. Only later in the 19th-century did the nation’s newspapers turn against God en masse.

But Olasky also insists that Christians can and should re-engage in the journalistic endeavor and pursue free inquiry. But, he adds, there can be no true freedom and no journalistic objectivity apart from God’s plumb line. Christian journalists – like Luther 500 years ago – must take a stand on God’s Word no matter the story, no matter the deadline, no matter the consequences.