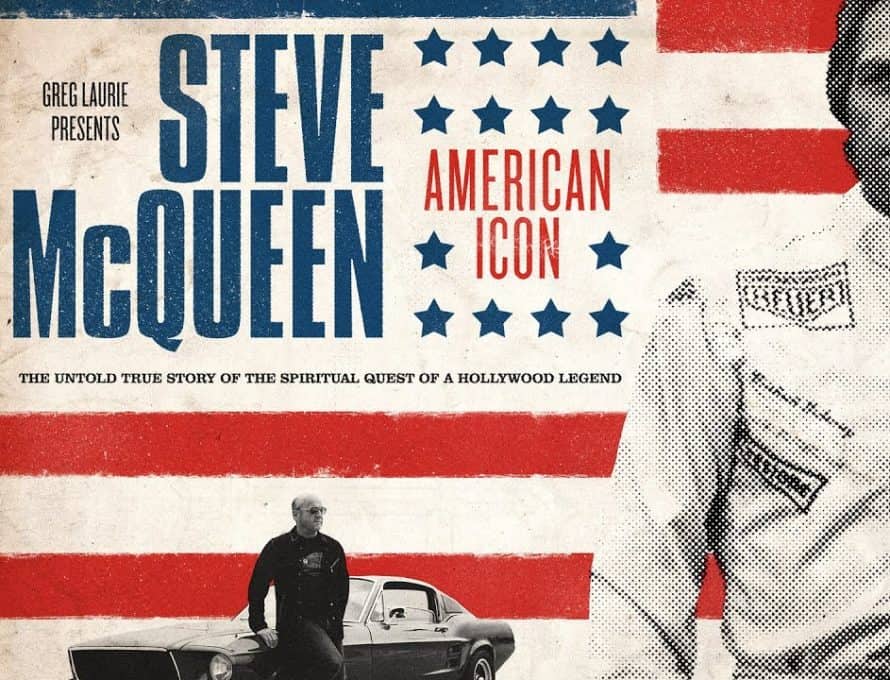 NASHVILLE (BP) – “Steve McQueen: American Icon” premiered theatrically nationwide for one night only, Sept. 28, but will be back for an encore in nine Missouri theaters Oct. 19.

This documentary isn’t just another celebrity salute. Rather, it’s a revealing biography of a tormented man seeking and ultimately finding redemption – through Jesus Christ. Viewing it, one can see God’s guiding hands at work.

The new film about screen idol Steve McQueen (“Bullitt,” “The Towering Inferno,” “The Great Escape”) reveals that toward the end of his life back in 1980, the life-long rebel had surrendered to Christ. Fan or not of the cinema’s one time “King of Cool,” this faith-based production will inspire, because we clearly see a prodigal son unknowingly take a spiritual journey that eventually led to Christian faith.

McQueen’s movie stardom began with the 1960 version of The Magnificent Seven – along with five other about-to-bes, and one already established Hollywood ruler, Yul Brenner (“The King and I”).

The consensus of many a film buff: Steve McQueen was considered “cool” due to his swagger and those piercing blue eyes, which could say more with one stare than most thespians could muster with several paragraphs of dialogue. There’s no denying, McQueen had the look. However, what may have been the biggest contributing factor to that self-possessed persona was his apparent lack of fear. In reality, as we learn from the film, he masked an abundance of insecurity with that well-maintained antihero screen image.

Aided by his provocative screen personality, Steve McQueen became a very good actor (“The Sand Pebbles,” “Papillion,” “Love with the Proper Stranger”). That said, I want to reiterate the importance of this documentary isn’t about the showcasing of what this man achieved in life. It’s about what the Lord is doing through McQueen’s testimony 30-some years after his death.

From the press notes: “It’s wildly ironic that one of the world’s most well-known men did something important that most people are unaware of,” says Harvest Ministries’ Greg Laurie, the documentary’s commentator. “Steve McQueen: American Icon documents a top star’s exodus from a world of fame and fortune to search for meaning, truth and significance.”

The message of this film clearly points out that a man can secure salvation through God’s grace and Christ’s sacrifice. Any man. Yes, Steve McQueen seized his celebrity stature and indulged in all it would offer. However, despite his success, we discover through this bio-pic that he always felt something was missing. And though he hadn’t disavowed God’s existence, the actor waited until the December of his years to embrace Jesus as his Lord.

We hear in McQueen’s own voice that he regretted not having more time to witness the love of Jesus. Now, 37 years later, his voice will be heard in movie theaters, declaring Jesus as his Savior. For further information on theatrical showings of this film: stevemcqueenmovie.com.