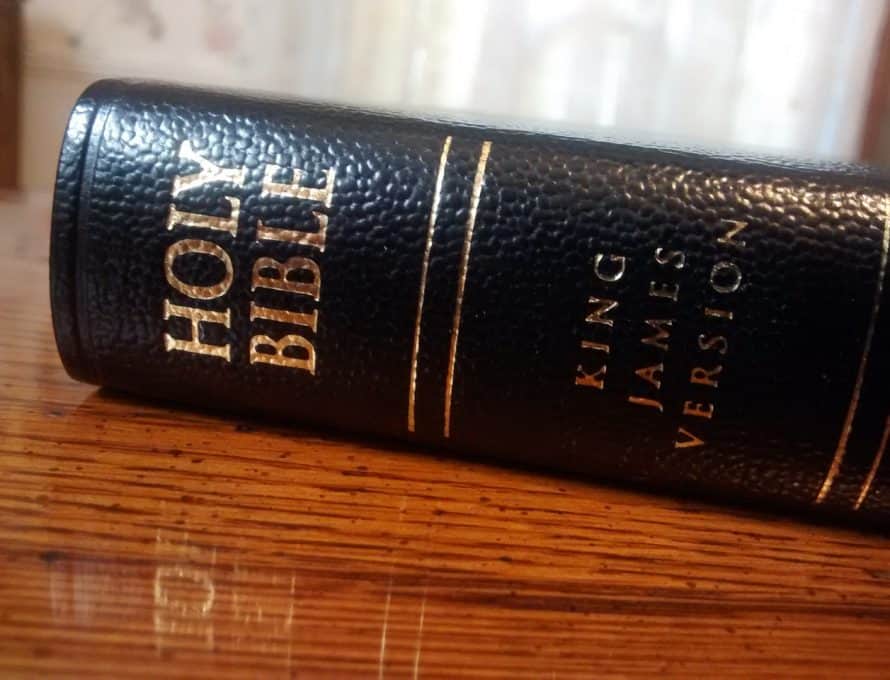 When Queen Elizabeth I died childless after 45 years in power, the dynasty of the Tudor family descended from Henry VIII also ended. Now, the English monarchy went to the Stuart family and, specifically, to the Scottish King James VI—now crowned also as King James I of England.

During his reign in Scotland, King James became familiar with the Calvinist Christianity that had led to Puritanism in England, since the Scottish church took steps toward reform in 1560 and laid the foundations for modern-day Presbyterianism. The king disliked and lobbied against the Presbyterian form of church government formulated in Calvin’s Geneva. He suspected that, just as Geneva had overthrown its rulers and established a republic, even so Scottish Presbyterians would prefer an egalitarian republic above a monarchy. “No bishops, no king,” he famously quipped, supporting the rule of a hierarchy of bishops over the church.

The new king also disliked the Geneva Bible, a translation of Scripture preferred by English Puritans and separatists. First published in 1560, this translation was used by Shakespeare and was carried across the sea to Plymouth rock by the Pilgrims. One need not search long to find the reason for King James’s aversion to the translation, since its marginal notes often opposed tyranny. Summarizing these notes, historian Alistair McGrath writes, “Tyrannical kings should not be obeyed; indeed, there were excellent reasons for suggesting that they should be overthrown.” King James saw the threatening nature of these notes and his own son later discovered how grave these threats were.

So, from the beginning of his reign in England, the new king was suspicious of his Puritan subjects. Nevertheless, when he traveled to England to accept his crown, the Puritans remained hopeful that he would endorse further reform in England. They had reason to hope, since the king’s realm of Scotland had advanced the Reformation cause more than England had; however, as already mentioned, they misread the situation.

Still, they approached the king even as he traveled to London in 1603, presenting him with a “Millenary Petition,” signed by 1,000 ministers and urging him to reform the church. The king largely denied their requests. But when the Puritan leader John Reynolds later proposed a new English translation of the Bible, the king agreed to the request. Perhaps he thought this would appease some Puritans, who disliked the current authorized translation called the Bishop’s Bible, while also replacing the Geneva Bible with its threatening notes.

When translation committees gathered to begin their work, they were directed to use earlier English translations if they agreed with the original Greek and Hebrew texts of the Bible. These included the Bishop’s Bible, the Geneva Bible, Whitchurch’s, Coverdale’s, Matthew’s and—at the foundation of all of them—William Tyndale’s translation.

As a result of the committees’ efforts, the Authorized or King James Version (KJV) of the Bible was published in 1611, and it would stand alone as the premiere English translation until the middle of the 20th century. Through this translation, English Christianity became a “religion of the Book.” By the 19th century, the words of the KJV were on the tongues of Anglicans, Catholics, Baptists and atheists alike. English-speaking children learned to read from this translation. Writing about 19th-century Bible reading in England, historian Timothy Larsen illustrates this point:

“Catherine Mumford (1829-1890) became well known as the co-founder of the Salvation Army under her married name of Catherine Booth. She was raised as an earnest evangelical Methodist. Not from a socially elite family, her father was a coach builder. Catherine did not receive any formal schooling until she had reached the age of twelve, and then, it was all over within two years. Her home schooling, however, was centered on the Bible. She was already reading it by the age of five. Before she reached the age of twelve and was sent off to school, she had ‘read the sacred Book from cover to cover eight times through.’”

The “sacred Book” that Mumford read was the KJV.

Finally, although some modern-day readers find the KJV’s older form of English difficult to read, the translation actually has a simple, yet graceful, style. This is made clear by comparing it with Edward Harwood’s 18th-century attempt to provide an eloquent translation, consistent with the literary fashions of his time. Consider the following example:

In short, we’re fortunate that the KJV, rather than Harwood’s translation, endured to influence modern English Bible translations.