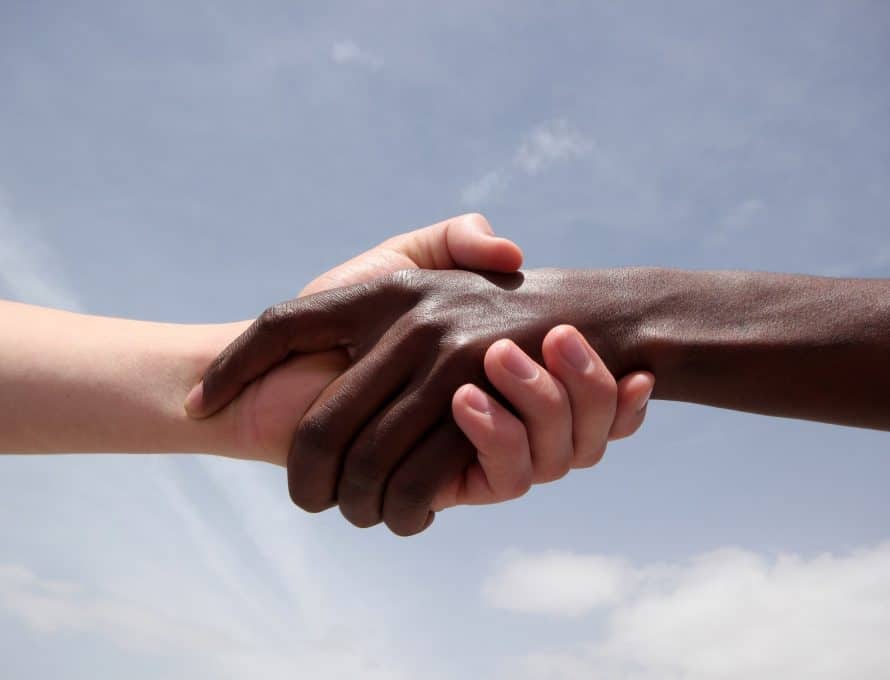 On Sept. 20, 2007, more than 20,000 people from across the nation gathered in small Jena, La., to protest an outbreak of racial tensions at the local high school, exposing old feelings of racism and hate. It was in response to the treatment of a young man by the law enforcement authorities. Sound familiar?

Celebrities such as Jesse Jackson and Al Sharpton fueled the media’s glare on this small community of 15,000 made up primarily of foresters and farmers. The only thing people outside LaSalle Parrish knew about Jena was the label of “racist” in the newspapers and on TV.

What could possibly transform this community torn by mistrust and innuendo? A movement of God’s Spirit—people being reconciled to God!

In the weeks following the incident, pastors of every ethnicity took the initiative to pray, confess sin, and call upon the Lord. The pastors began to meet at church buildings. Sometimes they met in homes to eat together and listen to one another and pray. Then, something began to happen.

On Feb. 17, 2008, Midway Baptist Church in Jena began a revival meeting. Of all the churches in the area where something divine might occur, Midway was among the most unlikely. Yet Midway’s members were willing to follow the leadership of their interim pastor, Bill Robertson, in scheduling a four-day revival.

In preparation for the revival, Robertson and the church engaged in three weeks of personal and corporate prayer. Extra efforts were exerted for outreach, and publicity was circulated throughout the community through the newspaper, posters, mailers, and personal conversations.

The meeting began with Robertson’s Sunday morning sermon to the “normal” crowd of about 225 people. Much the same on Sunday evening, with the addition of a few African Americans who were welcomed, and who came back Monday evening.

After a time of singing prior to Robertson’s message each evening, the congregants were encouraged to pray a simple prayer: “Dear Jesus, speak to my heart tonight and I promise to be obedient to whatever You tell me to do.”

Something spectacular happened on Monday evening. “There was a sense that the Holy Spirit chose to visit this church,” Robertson said. “But at the invitation, no one moved. Few spoke. We had a sense of the awe and wonder of God at work but we were too amazed to do anything about it.”

On Tuesday evening, the crowd grew to more than 300 and reflected a mix of races. A singing group led by Craig Franklin, editor of the local newspaper, the Jena Times, led the congregation in two songs and then stopped.

“I sense there is someone here who needs to testify,” Franklin said.

A woman stood and said she knew God’s Holy Spirit had called her to come to the altar on Monday night but she hadn’t stepped out. She wanted to confess her disobedience and said she would be coming at the invitation time that night to “get right.”

Robertson told her not to wait, that the invitation to come to God is always open. People began to move out of the pews and flooded the altar.

“There were tears, sorrow, and repentance,” Robertson recounted. “A spirit of brokenness flooded the room.”

A community leader stepped up to Robertson and said, “Preacher, I’ve been living a lie. I joined this church five years ago, but I’ve never been genuinely saved.”

At the end of the service, five adults and two adolescents had surrendered their lives to Christ. “The numbers don’t matter,” said Roberts, who did not preach during the service that spanned nearly two hours. “God is working and we are participating with Him…. God was working in the church and in the community.”

Word of the meeting spread throughout the community and the 400-seat auditorium was filled Wednesday evening. People from several other congregations were there and had brought guests. Again, several adults surrendered their lives to Christ.

The four-day meeting became protracted, and on Friday the African American pastor of L and A Baptist Church, Jimmy Young, preached, and his church’s choir led worship.

At the conclusion of the Friday evening service, Franklin asked that those with a burden for a lost person come to the altar and cry out to God for that specific person.

“It’s amazing to watch the work of God during the invitation,” Franklin said. “There are people present who don’t know why they are there. At invitation time, you can see the power of the Holy Spirit breaking over their lives and they are miserable … and lost. Yet they keep coming back.”

“This is a work of God in the most unlikely place,” Robertson said. “Isn’t it just like our God to do something extraordinary like this so that no man can share in the glory? Community leaders would have to work for decades to bring peace to this community. Our God desires to bring the peace of Jesus into individual lives and this community now.”

Humanistic reconciliation continues to be proposed and propagated by mainstream media as the salve to heal the ethnic divide in our nation. How is that working? If we rest in our human manipulations, we are victims of political spin doctors and gree