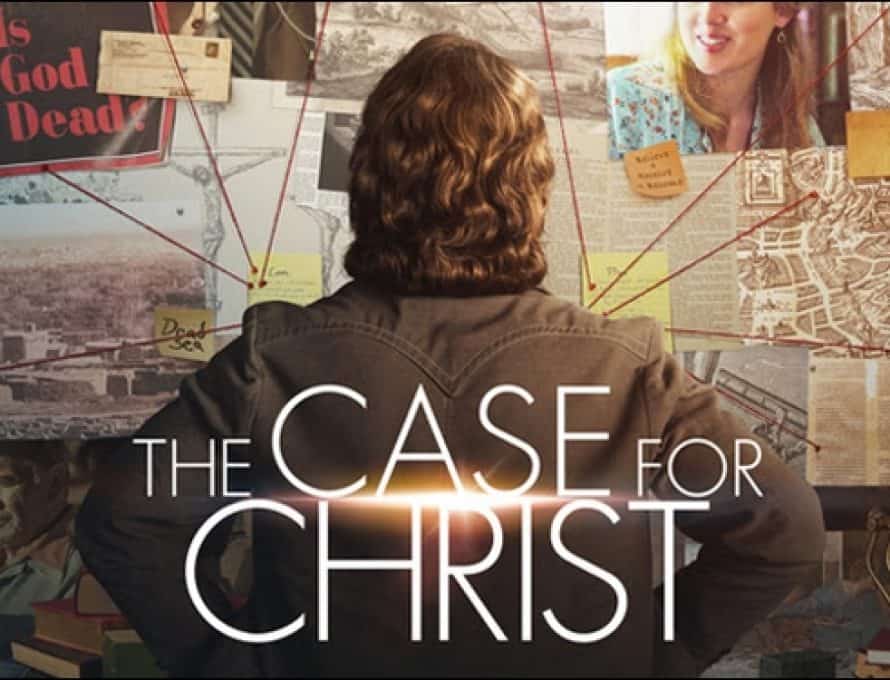 KANSAS CITY, Kan. (BP) – The faith-based drama “The Case for Christ” is the true story of Lee Strobel, a Chicago Tribune investigative journalist who determined to disprove his wife’s newfound religious faith, only to discover that Christ and His resurrection were historical facts.

Strobel, in the 2008 documentary “The Case for Faith,” took on two questions meant to debunk Christianity: “Why is Jesus the only way to God?” and “How could a loving God exist if there is evil and suffering in the world?” In that film, he presented his case with the well-reasoned arguments of a Perry Mason, while wisely including the emotional testimonies of those who have undergone serious questioning of religious matters. The result was rewarding for followers of Christ and many others seeking a spiritual path.

Following the success of that documentary, Pure Flix Entertainment has produced a dramatic production, “The Case for Christ,” which follows Strobel’s transformation from nonbeliever to advocate for our Savior. (This recent motion picture, rated PG, comes to home entertainment on Blu-ray combo pack, DVD and Digital HD on Aug. 15.) Directed by Jon Gunn and starring Mike Vogel, The Case for Christ is well-structured and perceptively acted. It engages completely, while addressing the historicity of Jesus Christ.

Also worth a look

Evangelist Josh McDowell first examined similar subjects in his bestselling books, “Evidence That Demands A Verdict” and “He Walked Among Us.” Like Strobel, McDowell was a one-time atheist who wanted to expose Christ as a false god and Christianity as little more than an opiate for the masses. But McDowell’s research changed his own thinking, which resulted in writings that forced cynics to take a more in-depth look at the Man from Galilee.

There are other films that go hand-in-hand with the themes presented in Strobel’s film The Case for Christ and the books by Josh McDowell. These provocative and poignant movies argue for creationism and the rights of those who dare teach views other than the Big Bang theory. “God’s Not Dead” (2014) and “God’s Not Dead 2” (2016), both from Pure Flix Entertainment, quickly come to mind.

In God’s Not Dead, a college freshman and devout Christian (Shane Harper) finds his faith challenged by a dogmatic philosophy professor (Kevin Sorbo) who requires his students to disavow the existence of God in writing or face a failing grade. Not willing to sign such a document, the student is instructed by his smug teacher to debate God’s existence through a series of classroom lectures. This is a thoughtful and enlightening faith-based film that intelligently argues for God’s existence and presents the case that He does indeed love each of us. PG.

The sequel, God’s Not Dead 2, concerns a high school teacher who finds herself in legal hot water merely for answering a student’s question about Jesus. The movie prompts, “What do we do if/when our faith is challenged?” By the film’s end, the Christian viewer should be pondering, “What is it I believe? What price am I willing to pay for that belief?” PG.

“The Genesis Code” (2010) suggests that science and creation can both be right. By this drama’s conclusion, nonbelievers will certainly have to consider what the faithful already know – God created science.

The story centers on Kerry Wells (Kelsey Sanders), a college journalist, who has been assigned a story on Blake Truman (Logan Bartholomew) the school’s popular hockey superstar. As a relationship develops between Christian Kerry and unbeliever Blake, she sets out to prove that science and Genesis are not in conflict, dismantling his assertion that modern science disproves the opening verses of Genesis.

The Genesis Code, released by America Saga, is a compelling argument that should cause the scientific community to reexamine its staunch view. PG.

“Expelled: No Intelligence Allowed” (2008) exposes the one-sidedness of our nation’s education system when it comes to how mankind came to be.

This probing documentary from Premise Media takes on today’s secular classrooms, which have declared that there is no place for creationism outside of Sunday morning worship. A provocative film, it points out that our nation’s universities, many of which embraced a reverence for God when first established, are now helmed by those who don’t. PG.

It’s my prayer that these films will support and uplift your faith walk. But no matter how many apologetic books or films document the person of Jesus, ultimately there is the need for faith. This was by His design. “And without faith it is impossible to please God, because anyone who comes to him must believe that he exists and that he rewards those who earnestly seek him” (Heb. 11:6 NIV).

If you study God’s Word, asking for His guidance and understanding, I promise, it won’t be a blind faith you follow. The mind of man may sometimes question, but the soul of the believer will know that it knows.