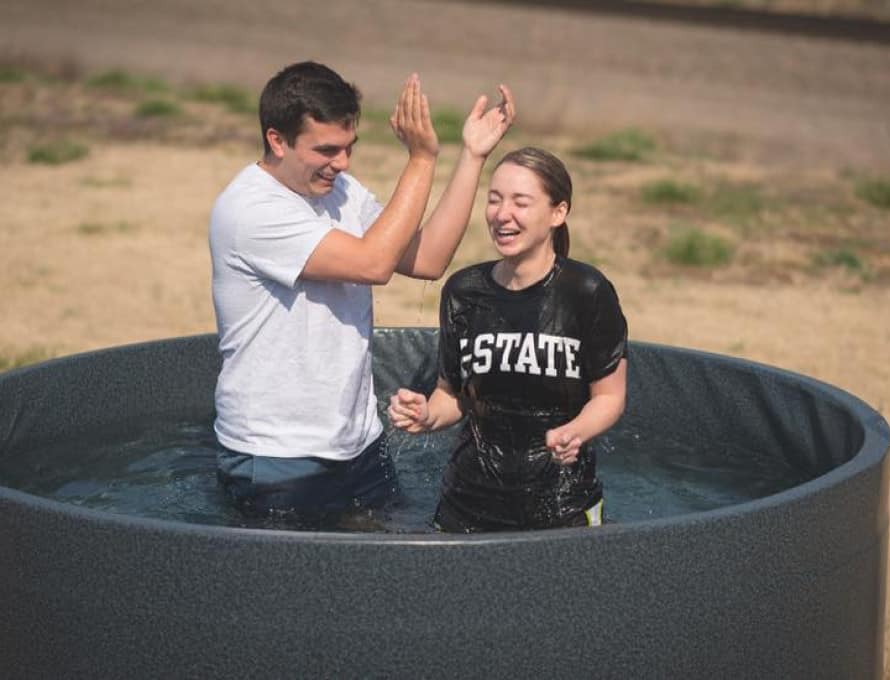 KANSAS CITY – Emmaus Church in Kansas City launched on January 4, 2015 with 35 people. Seven of those were pastoral residents, learning how to plant a church by planting with experienced planter, Joshua Hedger. Two and a half years later, Emmaus is averaging 186 in attendance and has 110 covenant members. Through this season of growth, it became more evident that the location they had planted in was not going to be their long-term location.

On July 23rd, 2017 Emmaus had their first service in the theatre. It is an old, historic theatre with red velvet curtains, red carpet, red velvet chairs, and full-wall murals of Kansas City life. The theatre is still operational during the week, so Emmaus is doing setup/tear down on Sundays in the theatre, but they have permanent office and kids space above the theatre throughout the week.

Over their first three weeks in Screenland, Emmaus has seen over 30 connection cards filled out, dozens of new people sign up for Community Groups, and are having discussions with at least four people who have sought out more conversation on following Jesus. Their services have seen people from Haiti, Peurto Rico, and Tunisia, among others. If you joined them on a Sunday you would see a theatre filled with millennials, hipsters, businessmen, medical students, and families all joined together to celebrate the one thing they all have in common; Jesus.

Their worship experience would probably surprise you. They worship with the lights on, the music isn’t very loud, and they follow a traditional liturgical approach that includes calls to worship, congregational readings, songs, corporate confession, communion, and benediction every week.

They are actively serving the refugee population of Kansas City through ESL, tutoring, childcare, and soccer. The gospel has been shared with Iraqi’s, Saudi’s, Somali’s, Sudanese, and Lebanese among others. They’ve been able to participate in community service projects and walk door to door sharing about their church and the Jesus they follow.

On August 6, 2017 Emmaus announced that they will send their first official church planter from their church to Seattle Washington in January 2018 to help plant a church in downtown Seattle.

All of this has been done through partnership. Emmaus would be unable to do all that it has done without the partnership of MBC churches and the Missouri Baptist Convention.

Churches like First Baptist Branson, Lifepoint Ozark, Liberty Baptist Church, and Redeemer Church in Springfield have been partners with Emmaus in different ways. One has provided chairs, some have sent teams, all have prayed, and each has given financially. Even small churches can partner to plant churches. One of Emmaus’ partners only gives $600 a year and yet the financial support they give is life-giving for a church like Emmaus.

In addition to their partner churches, The Missouri Missions Offering helped Emmaus take the next steps to move to Screenland Theatre. Through your giving to the MMO, Emmaus was able to get new equipment they needed to continue reaching the diverse and lost community of North Kansas City.
Churches like yours are making a difference for the gospel! How is your church partnering?

For more information on the Missouri Missions Offering: http://mobaptist.org/mmo/.