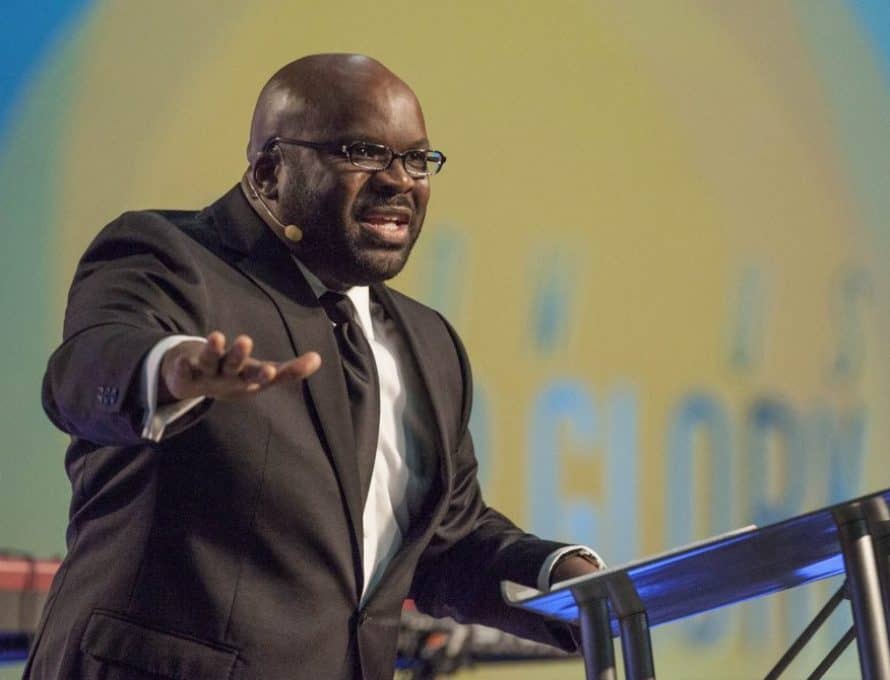 The election took place during the afternoon session of the conference at the Phoenix Convention Center, June 12. In addition to the historic nature of the officer elections, this year’s lineup of speakers included pastors of smaller to average-size Southern Baptist churches preaching through the book of Philippians.

Charles was nominated by Ken Whitten, pastor of Idlewild Baptist Church in Lutz, Fla., who said, “I want to be real clear about one thing – I am not nominating H.B. Charles because of the color of his skin. I’m suggesting that he be the conference president because of the character of his soul and the convictions of his spirit.”

Whitten shared about Charles’ pastoral ministry experience and commitments to the inerrancy of Scripture and expositional preaching, adding, “All of this has given H.B. a vision of what every Southern Baptist pulpit can look like, when we make Jesus Christ the central figure of our preaching and the cross the central factor of our preaching.”

There were no other nominees, so current conference president Dave Miller asked the crowd to vote by standing and cheering, and the entire auditorium erupted in applause.

Steve Swofford, pastor of First Baptist Church in Rockwall, Texas, was nominated by Bart Barber of First Baptist Church in Farmersville, Texas, vice president for the 2018 Pastors’ Conference, and was elected unopposed. There were no nominees for secretary, so Miller explained that per the rules of the conference, Charles would be able to appoint one.