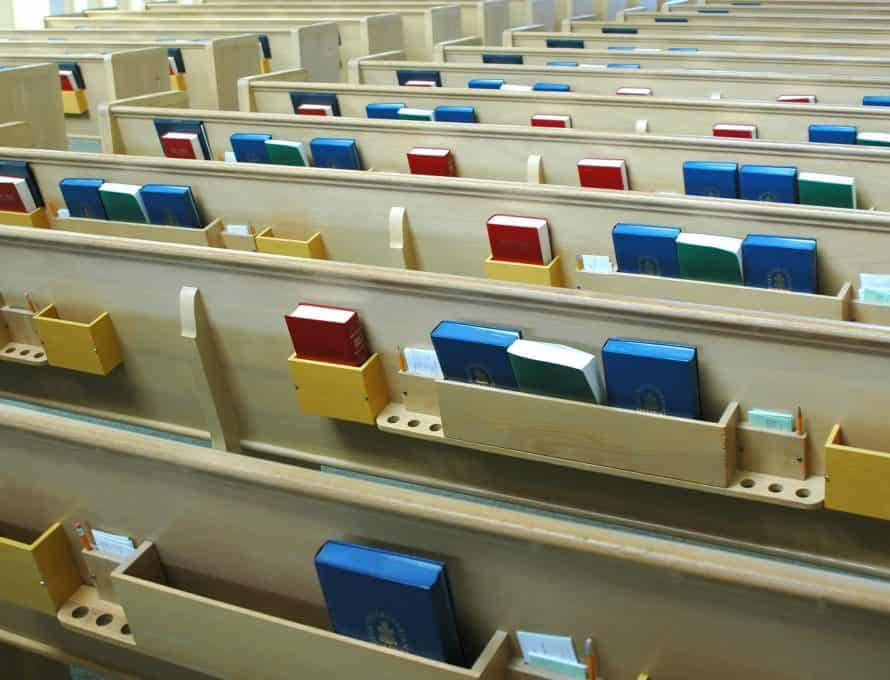 NASHVILLE (BP) – Southern Baptists experienced growth in the number of churches that cooperate with the SBC in 2016, according to the latest Annual Church Profile report (ACP).

However, other key measures declined in 2016, including membership, baptisms, average worship attendance and total giving, according to the ACP compiled by LifeWay Christian Resources in cooperation with Baptist state conventions.

Although the number of cooperating Southern Baptist congregations grew, reported membership of those churches declined by 77,786, down 0.51 percent to 15.2 million members. Average weekly worship attendance declined 6.75 percent to 5.2 million worshippers.

With the release of the total number of churches through the ACP report, the Executive Committee has calculated the average CP percentage from the convention’s cooperating churches for 2015–2016 as 5.16 percent, down 0.02 percent from last year’s 5.18 percent, according to Page. The states reported receiving a total of $475,212,293 in CP gifts in 2015–2016, of which $190,468,781, or 40.08 percent, was forwarded to the Executive Committee for distribution through the SBC Cooperative Program allocation budget.

The ACP is an annual statistical report churches voluntarily provide to their local Baptist associations and/or their state conventions. National totals are compiled and released after all cooperating state conventions have reported. 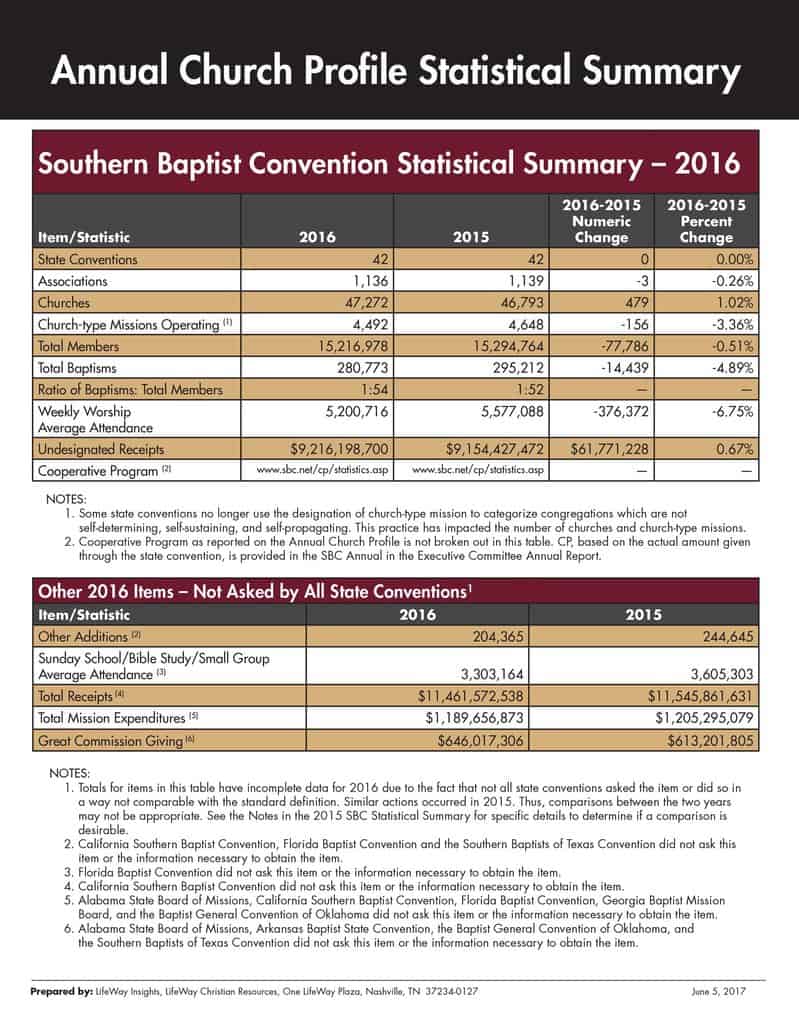