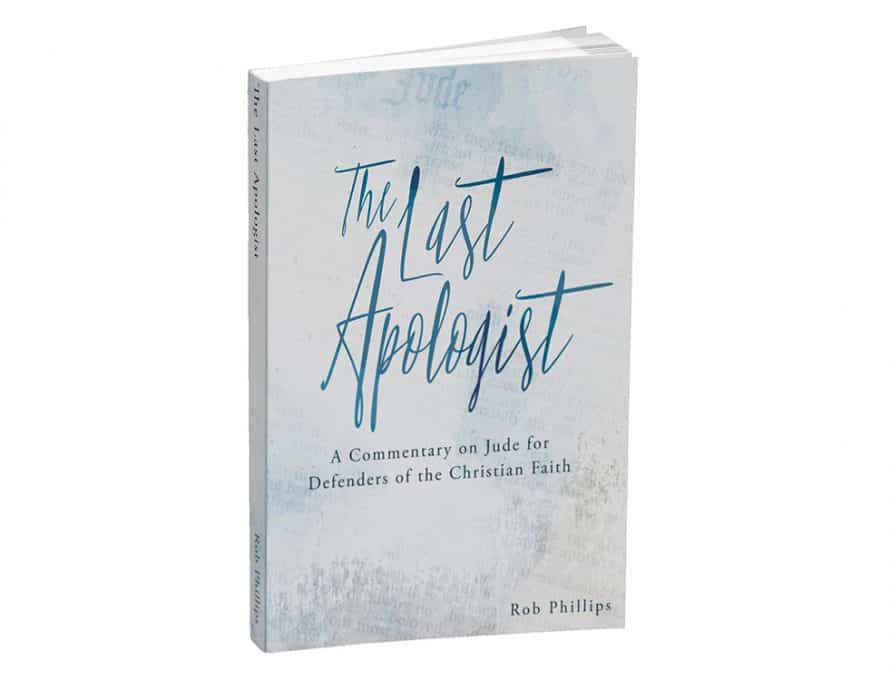 “The Last Apologist: A Commentary on Jude for Defenders of the Christian Faith,” available at mobaptist.org/apologetics.

EDITOR’S NOTE: This is the fourth in a series of excerpts from the new MBC resource, “The Last Apologist: A Commentary on Jude for Defenders of the Christian Faith,” available at mobaptist.org/apologetics.
*          *          *          *
Jude writes in verse 3 of his epistle, “I found it necessary to write and exhort you to contend for the faith that was delivered to the saints once for all.”

The Holy Spirit has stirred Jude’s heart, causing him to grieve over the manner in which his beloved friends are allowing false teachings to seep into the church. They must not sit idly by while interlopers undermine the first-order doctrines established by the eyewitnesses of the life of Christ.

Like Paul, who writes that “an obligation is placed on me” to preach the gospel (1 Cor. 9:16), Jude senses a heavy burden that compels him to address false teachers in the church. He and his readers are not able to share a common salvation if they lose the doctrinal truths that define it. Therefore, Jude exhorts them to contend for the faith.

“Contend” is a strong word that translates the Greek compound verb epagonizomai, found only here in the New Testament and translated “earnestly contend” in some translations.

The simple verb agonizomai first meant to compete in an athletic contest, and then, more generally, to fight, struggle, or strive. It’s where we get the English transliteration “agonize.”

Like Jude, the apostles invest themselves heavily in teaching sound doctrine to followers of Jesus and preparing church leaders to defend the faith.

For example, Paul urges the Ephesian elders, “Be on guard for yourselves and for all the flock, among whom the Holy Spirit has appointed you as overseers, to shepherd the church of God, which He purchased with His own blood. I know that after my departure savage wolves will come in among you, not sparing the flock. And men from among yourselves will rise up with deviant doctrines to lure the disciples into following them. Therefore be on the alert, remembering that night and day for three years I did not stop warning each of you with tears” (Acts 20:28-31).

Even though they must contend with Jewish lawyers, Roman rulers, Greek philosophers, and miracle-working sorcerers, the apostles engage in their fiercest battles inside the seemingly safe confines of the confessing church. That’s where the greatest challenges to Christianity lie.

The church has withstood – and even flourished under – persecution, but it threatens to bleed out from the self-inflicted wounds of false doctrine. Jude senses this and urges his readers to “agonize” in defense of the faith.

Jude does not suggest a violent response to false teachers, and neither do the apostles. Peter encourages us with his balanced plan of attack, urging us to “set apart the Messiah as Lord in your hearts, and always be ready to give a defense to anyone who asks you for a reason for the hope that is in you. However, do this with gentleness and respect, keeping your conscience clear, so that when you are accused, those who denounce your Christian life will be put to shame” (1 Peter 3:15-16).

By “the faith,” Jude is not referring to saving faith, or to trust in God’s promises, although he would heartily agree these are important aspects of our rest in the sufficiency of Christ. Rather, Jude is writing about the body of doctrine that defines Christianity – principally the first-order issues that pertain to our common salvation.

Jude wants his readers to know that “the faith” is firmly established and unchanging. The work of Christ is finished. He is seated at the Father’s right hand as our Mediator and Intercessor. He has sent the Holy Spirit to convict the world about sin, righteousness, and judgment, as well as to regenerate, baptize, indwell, seal, fill, comfort, and lead His own.

Further, He is preparing a place for us in His kingdom. And He is coming one day in power and great glory to fulfill all things. The gospel of the kingdom is written in the blood of Jesus and confirmed in the empty tomb. It is “delivered to the saints once for all” (Jude 3b).

So, who are the people with whom Jude’s readers must contend? Jude is about to offer us a graphic introduction.

Next: Who are those guys?