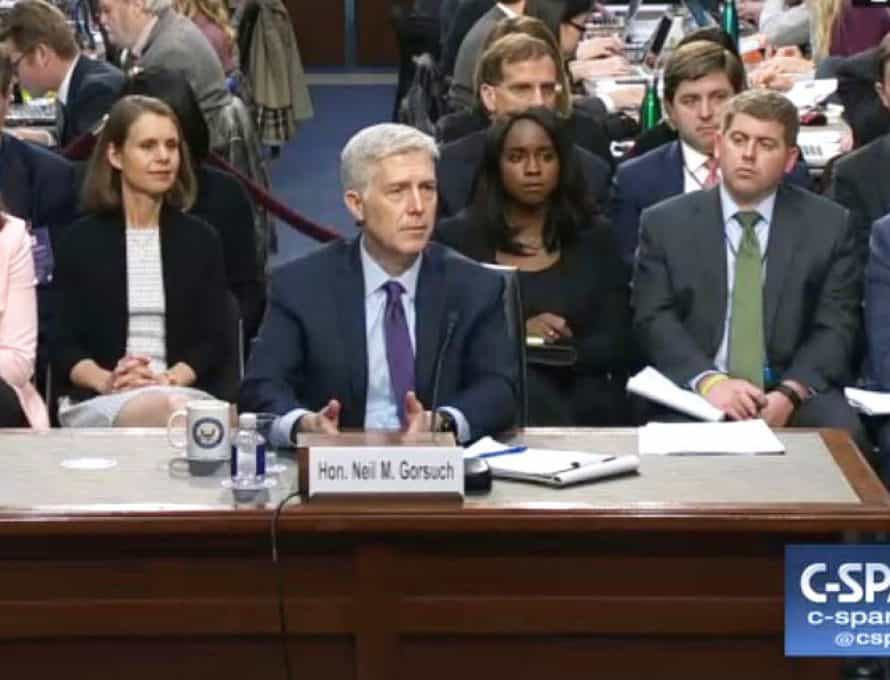 WASHINGTON (BP) – Proponents and opponents voiced their opinions of U.S. Supreme Court nominee Neil Gorsuch on the final day of his hearing – the same day the Senate’s Democratic leader announced he would try to block a confirmation vote.

After three days of appearances before the Senate Judiciary Committee, Gorsuch was followed by witnesses who urged panel members either to vote for or against his confirmation. Among the witnesses were a religious freedom expert who endorsed Gorsuch’s confirmation and abortion and gay rights advocates who urged his rejection.

Sen. Charles Schumer, D-N.Y., the minority leader, took to the floor of the Senate Thursday (March 23) to say he would vote against Gorsuch and lead a filibuster effort to prevent the judge’s confirmation.

“My vote will be ‘no,’ and I urge my colleagues to do the same,” Schumer told senators. “He will have to earn 60 votes for confirmation.

The Judiciary Committee is expected to vote April 3 to send Gorsuch’s nomination to the full Senate, but it remains to be seen whether the 52 Republican senators can persuade at least eight Democrats to join in overcoming a filibuster. Sixty votes will be required to halt a filibuster and bring Gorsuch’s nomination to the floor for a confirmation vote. If the GOP falls short, it can still take the controversial step of holding a vote to change the rules and confirm Gorsuch by a simple majority.

Sen. James Lankford, R-Okla., responded by saying Schumer and the Democrats “have no reason to try to mount a filibuster.”

Schumer’s filibuster pledge came after Gorsuch patiently explained his judicial philosophy and defended his record during two full days of answering questions from 20 committee members. Gorsuch espouses originalism and textualism — interpreting the Constitution based on its original meaning and laws based on their text, respectively.

“We were encouraged by Judge Gorsuch’s responses and feel confident based on those responses and his record that he will be a powerful voice advancing a conservative jurisprudence on the Supreme Court,” Wussow, general counsel and vice president for public policy of the Ethics & Religious Liberty Commission (ERLC), said in written comments for Baptist Press. “We now look for the Senate to do its job and confirm Judge Gorsuch to the Court, using the full extent of its constitutional authority if necessary.”