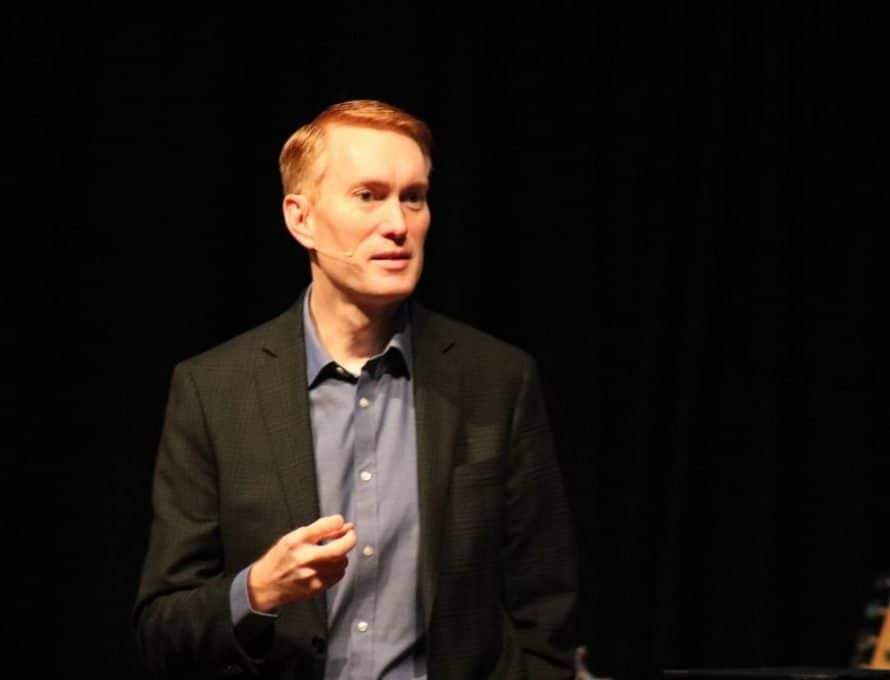 “For all of the disciples, Jesus used one simple phrase to call them: ‘Come follow me,’” Lankford said during a Feb. 25 session of the Great Commission Conference (GCC) at Ridgecrest Baptist Church here. “It wasn’t a calling to an occupation, to a place or a task. It was a calling to a person, and each of them had to make a decision to follow.”

Lankford was comfortable in his original ministry calling – leading youth ministry for the Baptist General Convention of Oklahoma and helming the world’s largest Christian camp, Falls Creek. Still, God had another calling in store. That call would have him step away from those ministries and as a political rookie run in the 2010 Republican primary election for one of Oklahoma’s seats in the U.S. House of Representatives.

“It wasn’t on our radar,” Lankford said. “I wasn’t even in Student Council. But God was very specific that this is what He wanted us to do.”

Lankford and his wife prayed about running for office for a month, but he resisted for six more months even as God confirmed the call on his life. Finally, he gave in, admitting he didn’t want to be “an old man telling my grandchildren about the time he didn’t follow God.”

He won the primary and the general election to take the seat in the House, and was then elected to the Senate in 2014 where he currently sits on the Senate Committee on Appropriations, Committee on Homeland Security and Governmental Affairs, Select Committee on Intelligence and the Com-mittee on Indian Affairs.

As he ran for office, people would ask Lankford how he could “leave the ministry.”

“I looked them in the face and said the same thing I say today: ‘To the best of my ability I’m following Christ.’ You may think there’s some sort of occupation title I’m supposed to have, but I’m convinced there’s a certain person I’m supposed to follow, and where He leads me, that’s where I’m supposed to go.”

“There is a sense among some that we as the Church should ignore politics,” he said. “I just don’t find that in Scripture. I find God paying attention to what’s happening in government because God cares about people.”

Lankford said he “vehemently” disagrees that the Church is to be a political arm and should be about the gospel 100 percent of the time. However, he said there is a responsibility to engage and minister in the political realm.

“There is a missional calling to be among these people who need to know the love of God, but part of my calling is to be the best possible legislator and help solve the issues we face as a nation,” he said. Lankford challenged Christians to honor those in government, especially those with whom they disagree on the issues.

“If you sound like the rest of the world in the way you speak about government, you lose your opportunity to present the gospel,” he said. “I’m afraid that the Church has been drawn into the caustic culture and talks about government the same as everyone else. If all you do is run down the president or other elected officials, you sound just like everyone else. Read 1 Peter: if you want to communicate the gospel, speak about those in authority with honor.”