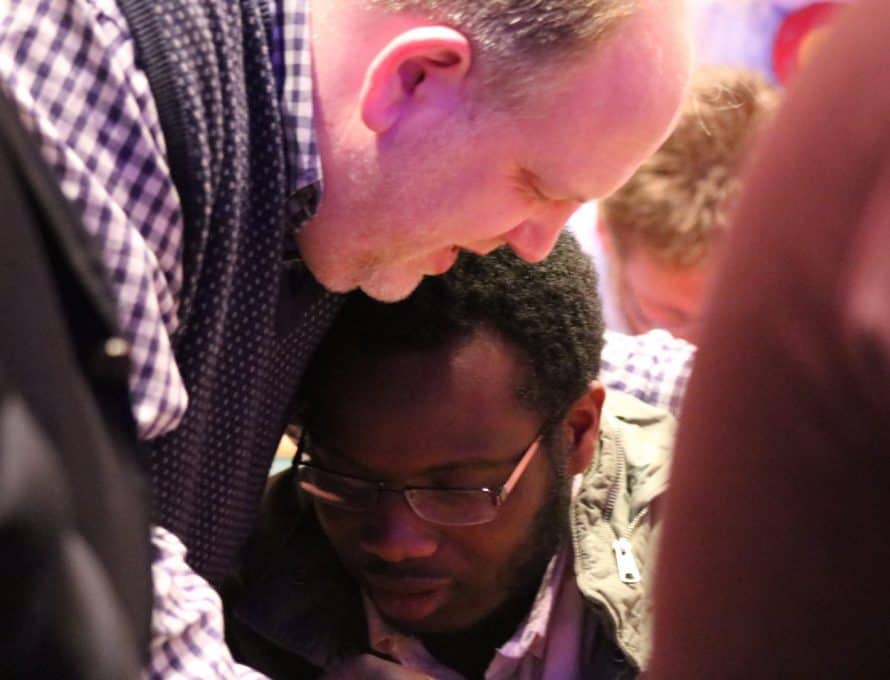 SPRINGFIELD – Hundreds of Missouri Baptists from various generations gathered together during the Missouri Baptist Convention’s (MBC) Great Commission Conference, Feb. 23-26, to pray for one another and call out to God for revival in their own hearts and spiritual awakening across the land.

Matt Kearns, MBC Making Disciples catalyst, told Missouri Baptists at the conference that for weeks he prayed that God would work in a powerful way through the event. He especially wanted to see the love of Christ expressed from one generation to another: older generations pouring out encouragement and prayer for generations to come, and younger generations extending gratitude for those that have come before them.

Participants of the Great Commission Conference were able to see such a time of renewal and inter-generational prayer on the evening of Feb. 24 after college students from across Missouri joined their elders for prayer and worship.

John Avant, senior pastor of First Baptist Concord, Knoxville, Tenn., urged those gathered at the conference to call upon God for revival. He told them how, as a pastor in Brownwood, Texas, in the mid-1990s, he saw sudden revival break out and impact the world because of the prayers of both college students and senior adults who loved Jesus.

“The reason we haven’t seen revival is because we haven’t cried out, ‘Lord, we want to see You,’” Avant said.

After he spoke, participants of the Great Commission Conference prayed for one another—each generation for the other. Then they spent the next several hours in prayer and worship, many people staying until nearly midnight.

“I didn’t expect this from Baptists,” said Rasam Gouldbourne, one of 14 students from Lincoln University and Soma Community Church in Jefferson City who attended GCC. “People were lying down on the altar, crying and praying for each other. It was beautiful. That’s the way the church is supposed to be.”

With a desire to impact the next generation, Ted Middleton, pastor of First Baptist, Lewistown, brought five high school youth and two other leaders to the conference. Although not an official excused absence, they were allowed to come with blessing of the C-1 School District in Ewing.

“Dr. Kearns challenged us last year at Super Summer to bring young people. If I didn’t have to pull them out of school, there would have been more students,” Middleton said. “I hope to bring the leaders to encourage more leadership in soul winning and discipleship.” His youth enjoyed worship services at the conference, as well as a breakout session on discipleship.

“I have a small window to reach these young people and see the kingdom work continue if they begin in leadership now. I hope this trend catches on for Great Commission Conferences from here forward,” Middleton said.

(This article includes reporting by Benjamin Hawkins and Dan Steinbeck.)