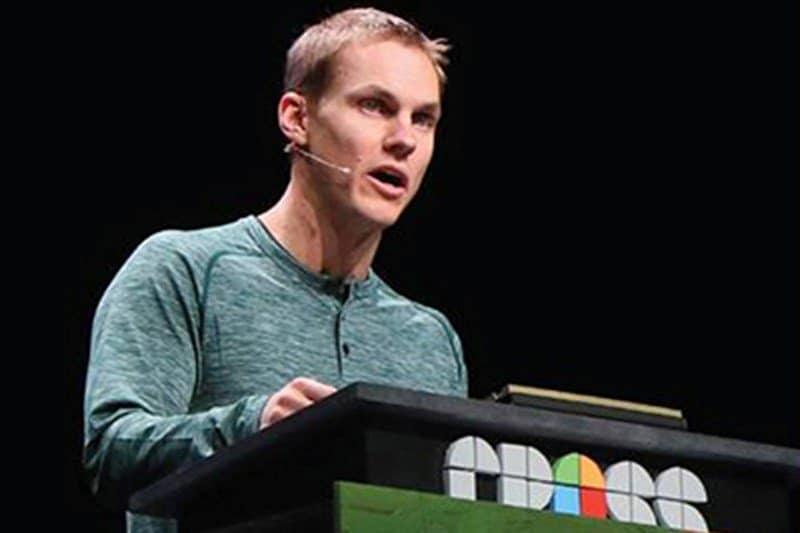 “Don’t retreat in fear! Risk your life in faith,” David Platt, president of the International Mission Board, urged students during the Cross conference. Photo provided by Cross conference/Facebook

INDIANAPOLIS (BP) — As 2016 came to close, more than 2,000 college students and campus leaders were challenged by Southern Baptists and other Christian speakers to give their lives to the cause of missions during the Cross 2016 missions event.

The purpose of the Dec. 27-30 conference at the Indianapolis Convention Center was “to mobilize students in the cause of frontier missions for the glory of Jesus Christ,” according to the event website and various speakers throughout the gathering.

“You are either a sender or a goer when it comes to the people who have not been reached with the Gospel,” Platt, president of the International Mission Board, told the crowd. “We either go to them, or we give our lives to send and support those who are called by God to go to them.”

Conference sponsors included the International Mission Board, The Master’s Seminary, Crossway and The Gospel Coalition. Worship was led by Matt Boswell, and the conference kicked off with a concert from Trip Lee, Christian rapper and pastor at Cornerstone Church in Atlanta, Ga.

Drawing from Numbers 13 and the story of the 12 spies, Platt presented “the anatomy of retreat in fear” and the “anatomy of risk in faith.”

Referring to the 10 spies who did not believe God’s promises, Platt said, “They disregarded the goodness of God. They doubted the greatness of God. They disobeyed the Word of God. And they disqualified themselves from the blessings of God.”

“He’s powerful; what He’s chosen to do throughout history is to put His people in places where they can’t do things on their own, and God is faithful to provide for their needs according to His power,” Platt said.

He contrasted the actions of the 10 disobedient spies with that of Joshua, Caleb and the “anatomy of risk in faith.”

He asked the crowd, “Do we realize the opportunities that lie before us?”

“Although God is still calling people to full-time missionary work,” he said, “God is calling multitudes of people not to leave their jobs but to leverage their jobs for the spread of His Gospel and glory throughout the world.”

“We have the good news of the God who has conquered death,” he said. “Don’t you want to give your life to making that news known?”

“The question is not if you are called, the question is where and how,” J.D. Greear, pastor of The Summit Church in Raleigh-Durham, N.C.

In his message on the topic of “Go, Send, or Disobey,” Greear noted, “To follow Jesus, whatever you do, do it well for the glory of God and then do it somewhere strategic for the mission of God.”

Greear recognized that although many in the room would be called as full-time missionaries or in other areas of full-time ministry, not everyone under the sound of his voice would be. “The point is that all of us have a role,” he said.

Drawing from Acts 7-8 and the life of Stephen, Greear shared “four convictions that shaped Stephen’s life that should also shape yours.”

Those four convictions are: “God intends to use me. The Holy Spirit fills me. I owe the Gospel to others. And Jesus is worth it.”

“There is one that is worthy of your life, and as awesome as your parents are and as exciting as your career is and as dear as your dreams might be to your heart, Jesus is worth it all!” Greear said.

“At some point, following Jesus is going to take you 180 degrees opposite of the direction you want to go. At that moment, you’ve got to decide who’s worthy.”

Among speakers for the week were Thabiti Anyabwile, pastor of Anacostia River Church, Washington, D.C., Zane Pratt, vice president for global training with the IMB, and Afshin Ziafat, pastor of Providence Church in Frisco, Texas. Their messages, along with the others who spoke throughout the week, laid out many of the foundations of the faith, and focused on discipleship and the call to go out.

The Cross conference began in 2013 and continued with a simulcast in 2015. For more information or to hear sessions, visit http://crossforthenations.org/.