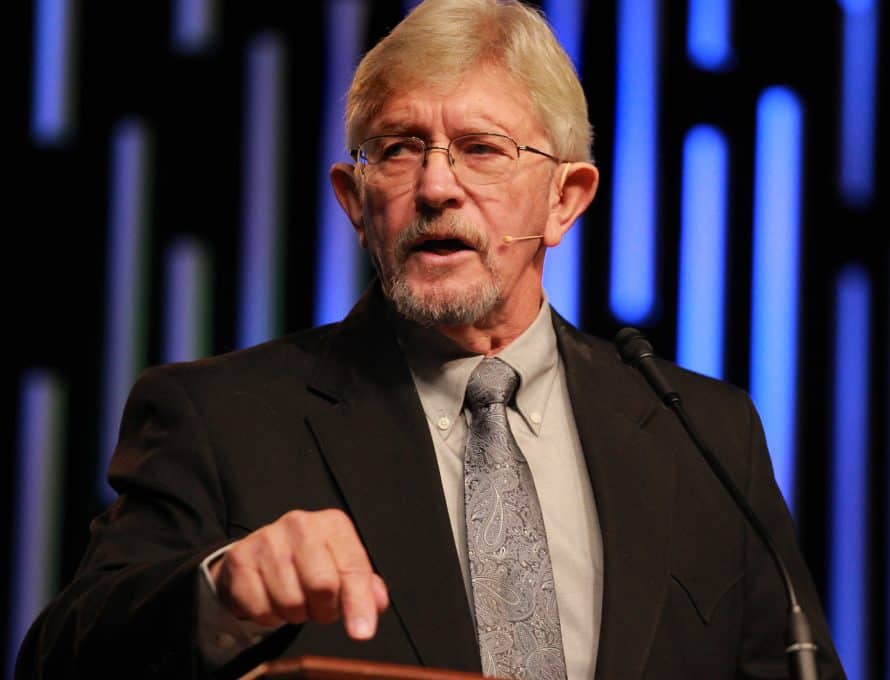 ST. CHARLES – Ron Ratliff, pastor of Tenth Street Baptist Church in Trenton is a cowboy poet and a preacher, and he did a little of both as he presented the Convention Sermon to messengers at the Missouri Baptist Convention Annual Meeting here.

Ratliff preached from 2 Timothy 3, Paul’s description of difficult times. In verse 5, Paul specifically warns Timothy that he must not “have a form of godliness, but denying its power.” This is what is wrong with the church in America, Ratliff said.

“We’ve bought into a powerless Gospel,” he said. “It seems to me that worst thing that can happen to a person is not the chastisement of God or the judgment of God, but that God would move on, and we’d be left in our lukewarm, don’t-really-need-anything, don’t-really-believe-anything Chrsitianity. A nice safe religion for respectable people but with a powerless gospel.”

Turning to Acts 1 and 2, Ratliff noted that the early church was noted for its great power through the Holy Spirit.

“We cannot have what they had if we do what they did,” he said.

So what did the early church do? Ratliff said they heard the Word of God, believed it, obeyed, prayed on it, and agreed upon it.

“Acts 1 says the baptism of the Holy Spirit is the power of the Gospel,” he said. “Now, before you can be filled up, you’ve got to get fed up with the status quo, failure of the flesh, and fed up with the devil.”