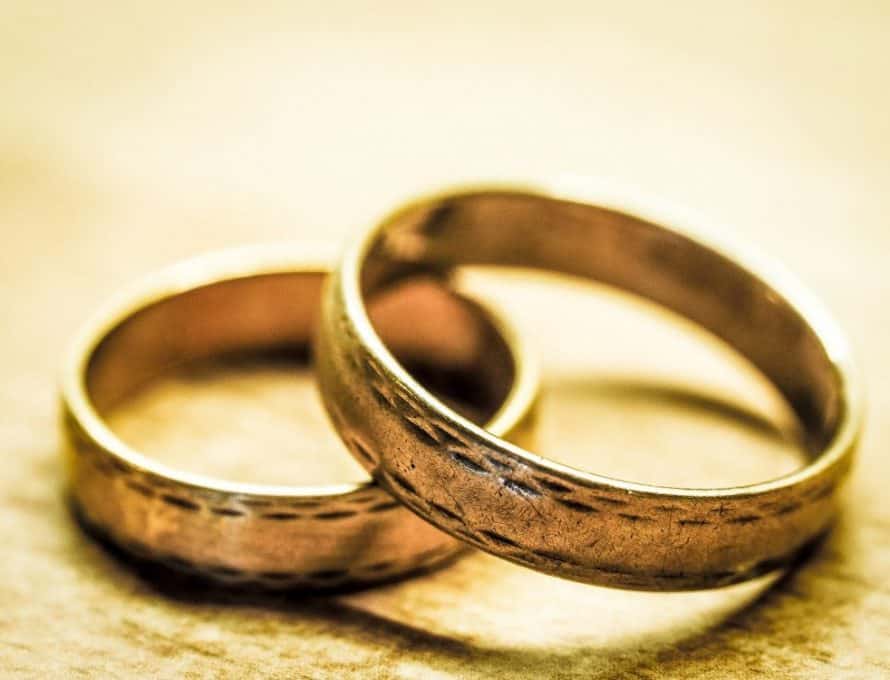 Is the writing on the wall for religious freedom in this country? Just ask two Arizona calligraphers.

Joanna Duka and Breanna Koski met at a Starbucks café in north Phoenix in January 2015. Both were Christians, and both were artists. They decided to go into business together, combining their love for Jesus with their love for making beautiful things. Soon they launched Brush & Nib Studio, a for-profit art business that sells hand-drawn invitations and paintings.

According to the Alliance Defending Freedom, a leading Christian legal-defense organization, “As Christian artists, Joanna and Breanna had a simple goal for their studio: to recreate the beauty God placed all around us and to share that beauty with others. And this goal made it natural for Joanna and Breanna to focus on artwork for weddings.”

Well, this combination of Brush & Nib’s Christian conviction and its focus on weddings created a problem for Joanna and Breanna—as it already has for bakers and wedding photographers who believe marriage is between a man and a woman and cannot, by conscience, participate in wedding ceremonies between homosexuals.

The city of Phoenix has passed an ordinance which, according to ADF, “requires Brush & Nib to create invitations and other artwork for same-sex wedding ceremonies. It also prevented Brush & Nib from explaining to customers and the public why they could only create art consistent with their beliefs about marriage.”

This is what’s known in some circles as a two-fer, violating not only their religious freedom but also their freedom of speech! Not only that, but the law said that for each day business owners such as Joanna and Breanna were in violation, they would be liable for a $2,500 fine … and six months in jail.

These two Christians face fines and jail for standing up for what they believe. At the same time, no one would think of the government penalizing NFL quarterback Colin Kaepernick for standing up—or in his case, not standing up—for what he believes. Why the inconsistency?

Phoenix is just the latest city to enact a “human rights” ordinance that is, in effect if not intent, marginalizing Christian citizens from living out their deeply held beliefs in the public square, forcing them to consent to the new sexual orthodoxy, not only in deed, but now also in word.

It’s only been five years since President Obama publicly changed his mind and announced his support for “gay marriage.” It’s only been a little over two years since then-Arizona Gov. Jan Brewer, bowed to blackmail from the National Football League and vetoed SB 1062, which would have protected Joanna and Breanna from being forced to violate their convictions.

In case there’s any remaining doubt, this is not just another random, isolated event.  As the recent comments by Martin Castro of the U.S. Commission on Civil Rights reveal, religious freedom is no longer considered a good thing but instead code language for hate. “The phrases ‘religious liberty’ and ‘religious freedom,’” he wrote, “will stand for nothing except hypocrisy so long as they remain code words for discrimination, intolerance, racism, sexism, homophobia, Islamophobia or any form of intolerance.”

Such contempt for religious liberty is growing. In the case of Joanna and Breanna, Judge Karen Mullins of the Superior Court in Maricopa County denied their request for a preliminary injunction against the Phoenix ordinance, calling their position “absurd.”

Jonathan Scruggs of ADF, which is representing Joanna and Breanna, replied, “Artists shouldn’t be threatened with jail time and other penalties simply for making art that is consistent with their beliefs.”

Joanna and Breanna are considering an appeal. They deserve our prayers. And groups defending our most precious freedom—groups like Alliance Defending Freedom—deserve our support. Come to BreakPoint.org to learn how you can do just that.