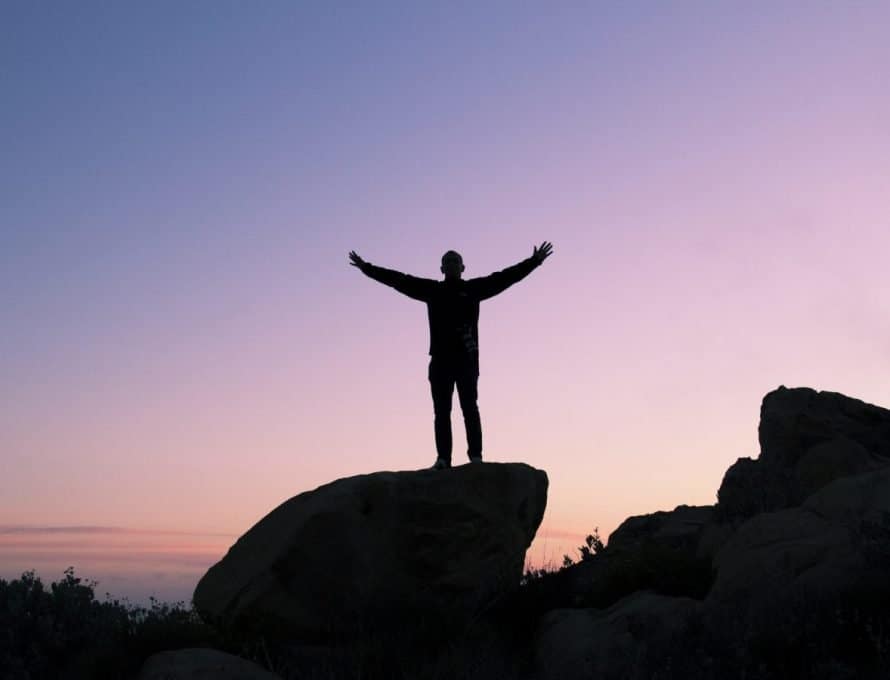 A stunning astronomical event next year will shed light on our world’s intelligent design. How? By leaving us in darkness.

In Mark Twain’s classic story, “A Connecticut Yankee in King Arthur’s Court,” a denizen of nineteenth-century New England named Hank Morgan mysteriously finds himself thrown back into sixth-century England. The resourceful Hartford man, taken for a magician and sentenced to burn at the stake, recalls reading about a total solar eclipse that took place on that date in history. So he warns his captors that if they won’t release him, he’ll blot out the sun. When Arthur and his court won’t cooperate, Morgan dramatically delivers on his promise, terrifying their pre-scientific minds and earning himself a place at King Arthur’s right-hand.

If you happen to find yourself tied to a stake on August 21st of next year, you’ll be glad to know that another solar eclipse is on the way. The so-called “great American eclipse” will plunge viewers from coast to coast into darkness for a dramatic three or so minutes as the moon comes between the earth and the sun—although you’ll have to travel to a narrow strip from South Carolina to Oregon to see the sun fully disappear.

This rare event is more than just an amazing light show and a way of escaping execution by superstitious medievals. It’s also one of the most dramatic pieces of evidence that our planet and solar system were not accidents, but were designed by God.

Sarah Chaffee at Evolution News and Views cites astronomer Guillermo Gonzalez and philosopher Jay Richards, who argue that our place in the cosmos is designed for discovery. That’s the subtitle of their book, “The Privileged Planet,” in which they document how vital total solar eclipses are to science.

For example, these phenomena were key in validating Einstein’s theory of relativity, which predicted that gravity bends light. By observing stars that are invisible except during an eclipse, astronomers were able to watch the sun bend their light, making them appear out of place in the sky, and confirming Einstein’s prediction. Eclipses were also how man first observed solar flares and coronal mass ejections on the surface of the sun. These phenomena are normally invisible to the naked eye, but appear briefly around the edges of the moon during an eclipse.

It turns out the conditions for this dazzling display are incredibly rare. The moon has to be just the right size, orbiting a planet just the right distance from its host star. And it so happens that although the sun is 400 times bigger than the moon, it’s also (coincidence?) 400 times further from us, meaning that the two objects appear roughly the same size in the sky. This allows the moon to block the sun in precisely the right way for scientists to study the solar atmosphere.

And of course, all of these conditions must be met on a planet that also supports intelligent life capable of appreciating the eclipse. The Earth, conclude Gonzalez and Richards, is uniquely suited as an observatory for such astronomical wonders—almost as if it were designed for that purpose.

Amazingly, many remain unconvinced. Writing at Phys.org, David Dickinson denies that all of this planetary engineering suggests intelligent design. He calls the many preconditions necessary for solar eclipses a “happy celestial circumstance.” In an article for the Wall Street Journal last year, I used a different term for our place in the universe: miracle.

Folks, ours truly is a privileged planet, and not just because it’s the only place in the known universe where life exists and thrives. It’s also uniquely-situated to give us a front-row seat on some of the most spectacular and scientifically useful sights in the heavens. We were placed here to discover. And that fact eclipses even the wonder of watching the sun disappear.